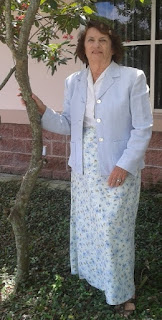 This month, Fabulous Florida Writers is pleased to welcome guest blogger Diane Sawyer. Sawyer is the award-winning author of  seven mystery novels, including the Montauk Mystery series. Sawyer was our featured writer on October 19, 2012.

When the idea for a mystery novel pops into my head it‘s usually because of an “Ah-hah!” moment. That’s when I discover something  unfamiliar and  immediately think, “That would make a great story.” That’s how my award-winning novel The Tell-Tale Treasure,  (published in 2016) came about.

My husband and I attended a concert in Clearwater, featuring the Florida Orchestra and a guest soloist, who played the erhu, (pronounced  AIR-WHO,) an exotic  instrument  nicknamed “a Chinese fiddle.” It has only two strings, a very long bow, and an incredibly haunting sound.  I opened the program and was surprised to discover that the instrument became very popular after it was featured on the soundtrack of the movie Crouching Tiger, Hidden Dragon.


As the audience watched, a petite woman in a silk gown, carrying an erhu and a bow, crossed the stage and took a seat in front of the orchestra. I opened the program and read that when people hear the erhu for the first time, they imagine that they can hear a woman’s voice and many believe that the woman is crying. As the performer began to play (seated, and drawing the bow underhanded across the two strings) I listened intently, closed my eyes and hoped to hear (with help from my imagination) something unusual. I did.


I imagined the words “Rescue me.  Rescue me” coming from the instrument. I also imagined an obsessed man preparing to kidnap the musician, believing  that he was obeying her commands. The next day, I expanded the storyline. I would need the kidnapped musician, whom I named Ivy Chen. And I wanted a heroine, intelligent and familiar with St. Pete and who would find clues to Ivy’s disappearance. She would be the owner of a second-hand shop and she would find some of Ivy’s belongings in a footlocker in her shop. I named her Rosie Renard. Her boyfriend, Ted Romero, would be an organic farmer and food truck entrepreneur who enjoyed the outdoors. When she finds a trunk in her shop that holds some of Ivy’s belongings, she called the police and the missing person case was re-opened. For extra interest , I gave Ivy a back story, a budding romance with a violinist in the Florida Orchestra where she was a guest soloist. Two sweet  innocent people caught up in the brutality that would unfold tugged at my heartstrings.  I thought the violin would be a good choice for him, elegant and similar enough  to the erhu that the couple would have music in common. As a storyteller, I like to have detectives who do most of the crime-solving instead of the hero and heroine. So , I invented Detectives Tony DeLuca and Hank Hernandez , skilled, funny, and a great team, that readers would enjoy.

The  timeline was difficult. Two years would pass with Ivy in captivity before her story came to light. What would she be doing all that time?  That was a challenge.  I had notes all over the place to help me. Dates would have to be at the beginning of each chapter to help the reader keep track.


I wrote chapters about Ivy Chen and marked them with a green magic marker.  I wrote chapters about Rosie Renard  and marked them with a red magic marker .I set aside an entire twin-beds spare bedroom in my home, one  bed for chapters telling Ivy’s story and one for Rosie. Basically figuring out where they were and what they were doing. Then would come the hard work, moving along two stories in one, and then having them come together and criss-cross. I found it interesting that reviewers debated who was the heroine: Rosie who relentlessly followed every instinct, clue, and possibility? Or  Ivy, trapped in a room with no means of escape but would find ways to challenge the kidnapper because of her background ,heritage, and skills?

Setting is crucial to me.  You can’t just have scissors and knives available during an attack—but in Rosie’s Treasures shop where she  repairs and refreshes items to resell she has a nice selection of sharp tools. The setting has to capture the reader so intriguing details will definitely help.


In a story about finding a missing person , time must move along, and you will have to keep up the pace. Also, I think it’s crucial to explain why Rosie would be so willing to risk so much danger for a stranger, Ivy Chen. I don’t want to give away too much of the story, but  Rosie is obsessed by guilt about her female cousin who went missing years ago and Rosie was partly blamed by relatives for not being vigilant enough to save her.  To me, that was my best moment in the story. Rosie has been given a second chance to save a kidnapped girl. I think that readers will root for Rosie—and of course Ivy too, trapped with time running out. See what you think when you read The Tell-Tale Treasure.


Let’s move along to my next mystery Trouble in Tikal, (published  in 2018). Don’t overlook the possibility of travel to give you a great story. Last year, I toured Guatemala. Once I saw Tikal, Guatemala’s most beloved Mayan archaeological site, I fell in love with the country’s beauty, history and adventurous possibilities:  climbing temples, ziplining over the treetops, and seeing  unusual sights including quetzal birds and jaguars.

To turn all this this into a novel, I would need characters who could survive many dangers all the while encouraging readers to turn the pages to see what happens next in this exotic country. I chose the heroine and hero from my previous novel, The Tell-Tale Treasure :Rosie Renard the owner of a second-hand shop in St. Petersburg, and Ted Romero, the owner of an  organic farm and health-food business. near St Petersburg. They are hoping to relax and enjoy a vacation—but for reasons they themselves can’t explain, trouble follows them every step of the journey from one town to the next. Here’s something to consider. At that point, I hadn’t yet figured out why trouble found them in every town, but while I was there, I read something in a newspaper about temples in Guatemala and nearby countries too.

Right there in front of me in the newspaper was a national problem in Guatemala that could be woven into my novel. I planned to research it when I got home, but for now I had enough “good stuff” to forge a plot that would appeal to readers who loved archaeology, history, and especially problems of modern times infringing on ancient ways. I took notes—how long was that river I just crossed on a balsa raft? How high was that volcano?  How many people lived in that town?  I would take  the notes home with me, not sure if they would be useful or not. I would figure it out and write the story and try to create the feel of on-the-edge –of-your-seat suspense.


Please realize that you don’t have to go to a foreign country to write a story—memories of the town where you grew up, with extra details added, can work too. (See my Montauk novels on Amazon, referring to Greenport, Long Island and the Montauk Indians). Le t remembered details help you with the story. Incorporate as many details as possible where the story takes place (without being repetitive) so that the reader can visualize the setting. Invent when it helps the story.  Don’t just stick to the facts. You’re writing a novel, not history. And, if you are like me, you can’t do it alone. You need a critiquing partner. You will help each other create a good novel that will appeal to an audience. Weed out the weak spots, bolster the strong points, and get rid of unnecessary details.


I wish you the best of luck.