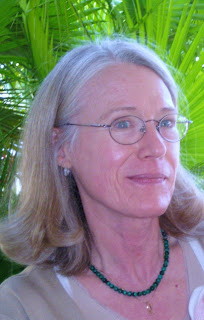 Picture the only female law partner in a prestigious firm.  Now make her a germ-phobic vegetarian with an obsessive-compulsive personality, a dysfunctional family, and a wickedly irreverent sense of humor. Then throw her into a series of misadventures with a cast of quirky friends and relatives, and you have the makings of an unforgettable read that will have you chuckling on every page.  This is what Claire Hamner Matturro has done in her four “Lilly Cleary” novels. Think John Grisham on laughing gas.
Matturro, a former resident, spent nine years at ’s Dickinson Gibbons law firm, becoming its first woman partner before deciding she needed a change. “I made the change in a series of small steps, like going into a pool a little at a time,” she says.  Having wanted to write since childhood, she joined the writing faculty at Florida State University College of Law where she taught for six years.  Then she took the plunge into full-time writing.  She wrote two serious manuscripts, both unpublished, before hitting on the idea of writing a legal thriller with a lighter tone.  That led to the creation of Lilly Belle Rose Cleary, the lovably neurotic lawyer from . Matturro describes Lilly as “a feminine composite of the trial attorneys I knew. Most have obsessive qualities, so I exaggerated them, and I gave her a dysfunctional childhood to explain her weird personality.”  The writer admits to having certain similarities with her heroine, however. “We’re both vegetarians, we love organic foods, and we both have rural roots.”
Matturro’s debut novel, Skinny Dipping, was published in 2004 and earned praise from the Kirkus Review as “Funny, sharp, savvy…this new kid on Grisham’s block is one to watch.”  This was followed by Wildcat Wine in 2005, Bone Valley in 2006, and Sweetheart Deal in 2007.  In , Lilly Cleary becomes unwittingly involved with environmental activists working to expose the dangers of an abandoned phosphate plant in . Matturro got the idea for the story while driving through the real near .  Although she had read about the phosphate issue in the press, she was shocked by the devastation and later realized that many people were unaware of the problem.  “” struck her as a great title for a book, and nine months later, she had completed the rough draft of the novel. “This book took more research than the others,” she explains.  “The hardest part of the book was condensing and weaving the research into the storyline.” The result is an eminently readable cautionary tale with particular significance for Floridians

Matturro’s fourth Lilly Cleary novel, Sweetheart Deal, differs from the prior novels in that it is “more personal to Lilly and more poignant, very much in favor of small towns and families.” But it has enough suspense and action for even the biggest legal thriller fan. The story has Lilly returning to her hometown of Bugfest to help her reclusive mother who has been accused of shooting a man. The plot includes fire ants, an unscrupulous developer, a corrupt county commissioner, voodoo eggs, and an albino ferret with Lassie fantasies.

Although Matturro lived in southern while writing all four novels, she traveled to in 2007 for a stint as a visiting professor of legal writing at the . “Eugene was cool, very cool, and had marvelous progressive programs and great health food stores and wonderful walking and biking paths,” Matturro recalls, “but home is home.” Since 2007, she has returned to her adopted native state, .

Matturro’s novels are set in the Sunshine State because “you can find almost any kind of drama in Florida.”  She finds the state “enormously fascinating…it’s got everything—crime, wonderful wildlife, fascinating history and cultures.”  She enjoys the works of other authors and “can’t get enough of them.”  She also loves her craft. “I love playing with words, the music of language, and the sheer fun of making up stories.”  While she admits to having trouble with spelling, she says the most difficult part of her job is “the physical act of typing.”

In her spare time, Matturro enjoys walking, gardening, and “hanging around watching the sky change as night comes on” with husband Bill (a retired environmental attorney), and Bunni, her twenty-five year-old cat. She is also a self-described “people watcher” which provides the inspiration for many of her eccentric characters. According to Matturro, “The key thing in writing is to be a people studier. Listen to as many different kinds of people as you can.  Listen and remember.”  And she hopes readers will come away from her books with something to remember. “I want readers to be entertained, but I try to slide in some education, so I hope they will learn something too.”

One thing is certain: no matter why you pick up one of Claire Matturro’s novels, you’re sure to be coming back for more.

For more about Claire Matturro, visit her website at http://www.clairematturro.com/

Next: Dr. William Emener - Lessons on Love and Life
Posted by Jackie Minniti at 5:29 PM 2 comments: 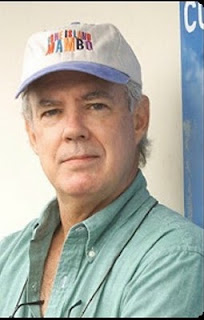 If you’ve ever been to Key West, you know that it’s one of the more colorful Florida locales. And no one captures that local color quite like Tom Corcoran. With a photographer’s eye, Corcoran gives readers a glimpse into the off-beat heart of the city that has captivated him for almost forty years.