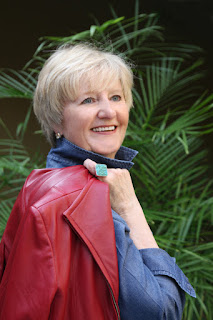 For more information, visit my website: https://dianecapri.com/books/hunt-jack-reacher-series/
Posted by Jackie Minniti at 1:09 PM No comments: 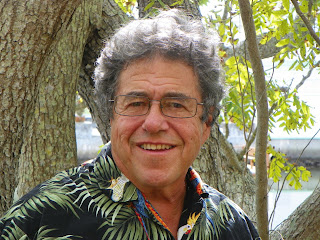 There’s an old joke, “If you remember the sixties, you probably weren’t there.” For those of you who were  - or weren’t, and wish you were - a new novel by Hudson writer Gino Bardi will take you on a magical mystery tour back to those turbulent times. “Those years were a highlight of my life,” he says.  “Get it? High light? Okay, never mind.”

Bardi began writing for local newspapers and magazines while still a high school student in West Islip (Long Island), New York. He attended Cornell University in the late sixties, a time of campus unrest, where he met and later married his college sweetheart. After graduating with a degree in English/Creative Writing in 1972, Bardi wrote copy for an advertising agency and film scripts for a training and development company in Washington, DC.  He and his wife eventually owned and operated a commercial printing business in upstate New York. They sold the business in 2008 and retired to Florida after deciding “winter was an unnecessary evil.” The move turned out to be a pleasant change in more ways than the weather.


“The best thing about Florida is that it’s filled with writers,” Bardi says. “I was amazed by how many writers there are, how good they are, and how nice they are to one another. In New York, they were much more competitive.”  After trying to fill his time with typical retiree activities like fishing, golf, and tennis (which he admits he “did badly,”) he joined a writers group.  “I’m a guy who likes to take the path of least resistance,” he admits. “Writing was the only thing I could do, so I decided to write something.” He began working on a short story about a young man finding love- and fun- in a demanding, stressful university, “Much of the story really happened to me,” he explains. “But when I got to the point where I needed an actual plot – that’s where the road parted.” He soon discovered that writing a novel was very different from completing an assignment for an ad or a magazine.


Fortunately, Bardi found “a very generous mentor” - author David Edmonds, the moderator of the Tarpon Springs Writer’s Group.  “When I got to the point where the character’s life grinds to a stop, and what had really happened wasn’t too interesting, I wasn’t sure where to go with it,” he says. “I moped around for a while, like the book’s main character, Tony.  David Edmonds encouraged me to keep going. I let the characters tell me how to finish the book. It turns out they couldn’t be pushed around. The story took on a life of its own. It was amazing!”  The result was Bardi’s first novel The Cow in the Doorway: Love and Loss in a Time of Pot and Protest. He describes the often humorous, sometimes poignant book as “a coming-of-age, new adult, historical romantic comedy - it’ll be the only book on that particular shelf!” The protagonist of the story is Tony Vitelli, a reluctant freshman focused more on babes than books. His search for romance in the midst of tremendous political and societal upheaval teaches him some hard lessons about life and love. “Tony learns that, at some point in life, you have to figure out what you want and what you have to do to get it,” Bardi notes. “The title is a metaphor for whatever stands in your way, whatever keeps you from getting what you want and need.” The Cow in the Doorway is a rare example of something that will make you laugh and break your heart on the same page. It received the Florida Writers Association’s prestigious Royal Palm Literary Award for both Best Unpublished (2015) and Best Published New Adult Novel (2016).


Bardi has recently completed Three on a Match, a collection of eleven humorous and quirky short stories examining aspects of relationships from many angles. On schedule for early 2018 is a full-length novel, WKDZ, about a younger Tony Vitelli (from The Cow in the Doorway) who, along with a team of miscreant high school kids, builds a powerful radio station and gets into an incredible amount of trouble. Also in the works is a futuristic crime spoof, titled Freezer Burn, whose protagonist has been dead for forty years and emerges from a deep freeze to cause all kinds of problems for the world.


In all Bardi’s books, the protagonist eventually gets the girl. “And that’s how you know it’s fiction,” he is quick to point out. Creating offbeat stories and characters that can make readers smile is part of the joy Bardi gets from his craft. “When it comes to writing, there’s very little I don’t like,” he says. “And I can always make myself laugh, which is a real treat.”


For more information, visit Gino Bardi’s author page,  tinyurl.com/ginobardi-books. Both The Cow in the Doorway and Three on a Match are available on Amazon.
Posted by Jackie Minniti at 12:49 PM No comments: