Where Do Stories Come From? - A Guest Post by Diane Sawyer 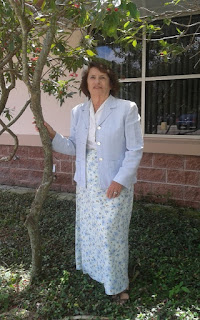 This month, Fabulous Florida Writers is pleased to welcome guest blogger Diane Sawyer. Reviewers have referred to Sawyer’s work as romantic suspense, cozy mysteries, mystery served with a taste of history and archaeological mysteries. She has recently completed two novels, set in , and is working on a third, also set in . Sawyer was our featured author on October 19, 2012.

For me, a story begins when I see something unusual that piques my curiosity. My immediate reaction is: “With the right characters and setting, this could make a really good story.” That’s exactly what happened with The Tell-Tale Treasure, my latest novel. My husband and I attended a Florida Orchestra concert featuring a soloist who played an exotic wooden instrument, the erhu (sometimes referred to as a Chinese violin or a Chinese fiddle).  I had never heard of an erhu. The program stated that many people hear a woman’s voice in the distinctive sound coming from the instrument and some insist the woman is weeping. I was hooked.

During the following weeks, I researched Chinese culture and Chinese music. One thing led to another—Chinese philosophy, Chinese holidays, even dragons, which are sometimes carved into the neck of an erhu. The story line began to develop: a cold-case missing-person story, about an internationally known Chinese musician—I named her Ivy Chen—who disappeared after a series of concerts in St. Pete with the Florida Orchestra three years ago. The case turned cold. I would need a highly motivated, knowledgeable heroine—I chose the name Rosie Renard—who could help the cold-case detectives.  But how? Details about Rosie emerged. She owned Rosie’s Treasures, a second-hand shop in St. Pete’s Grand Central District.  She found items belonging to Ivy Chen in a footlocker recently purchased at an estate sale. Wood was Rosie’s specialty. She helped the cold-case detectives uncover details not evident in the original investigation, and so much more. Hooray for Rosie! The cold-case sizzled!

Unlike my previous five novels, The Tell-Tale Treasure was set in my beloved St. Pete, where I have lived for 28 years. As I scoured neighborhoods, looking for places to set key scenes, I saw with new eyes the vibrant city I called home. I found it difficult to unleash an evil person in St. Pete, someone who could target an unsuspecting person and get away with anything. Even kidnapping. Possibly murder. A profile of this horrid individual took shape—and frightened me. To counterpoint that, I relied on fantastic detectives. Creating them gave me joy and a chance for some humor to offset the terror.

Readers will root for Ivy as they see her in captivity, planning a desperate escape against all odds. They will root for Rosie too for handling all the physically demanding scenes I threw her way as she attempted to save Ivy. Both Rosie and Ivy did what my characters tend to do when they became real to me. They vied for additional scenes to accomplish their goals. The secondary characters (Dare I call them that?) weren’t shy either and demanded bigger parts in the plot. I’m a pushover. They all got their way.

For me, the most creative aspect of writing The Tell-Tale Treasure was showing the undeniable role of music, philosophy, art, and even romance as survival skills in this gripping tale. By the way, I am not yet finished with a St. Pete setting. More stories will follow. Stay tuned.

The Tell-Tale Treasure was published in October, 20016, by Southern Yellow Pine (SYP) Publishing, an independent traditional publisher located in Tallahassee, Florida.  The Tell-Tale Treasure is available at syppublishing.com   It will soon be available at Amazon.com   and at Barnes & Noble.com. I will be launching The Tell-Tale Treasure at the Times Reading Festival at USF in St. Pete from 10 to 5 o’clock, on Saturday, November 12.  My publisher, Terri Gerrell, from Southern Yellow Pine (SYP) will be at Booth 42, across from the Food Court. Please stop by and say hello. Several other SYP authors will be there too.  We would love to meet you.

For more information, visit Sawyer's Author Page at Amazon or contact her at dsawyer@wans.net (please put “newsletter” in the subject line).
Posted by Jackie Minniti at 9:54 AM No comments: 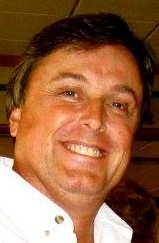 We love our curmudgeons. From James Fenimore Cooper’s Natty Bumppo to television’s Archie Bunker  and Oscar Madison to Dr. Seuss’s Grinch, these crusty characters have an odd but universal appeal.  One of the newest additions to their ranks is Canterbury Edmund Garfield, the grumpy, politically incorrect and quintessentially Floridian creation of Venice writer Jim Clinch. Garfield is the title character in Clinch’s debut novel, “Canterbury’s Tale,” a book the author describes as “a novel of whiskey, cigars and murder,” and a story that will have you laughing (albeit guiltily) as you turn each page.

Clinch, a New Jersey native, moved to Venice, Florida when he was ten.  He recalls Venice as being “a wonderful small town to grow up in.” He graduated from Flagler College with a bachelor’s degree in English and went on to earn a master’s in business from Nazareth College in Michigan. After spending some time as a newspaper reporter and a sheriff’s deputy, he began his career as “a corporate guy,” travelling extensively as a sales VP.  He also married his high school sweetheart and started a family.

According to Clinch, “I always wanted to be a writer. It just took me 40 years.” Clinch wrote his first novel at the age of 16 and, over the years, started many others including “two or three really bad ones.”  Although he had the desire to write, the demands of family life as well as his job and his volunteer work with Sertoma, the Chamber of Commerce and other non-profit boards left him with little time.  It wasn’t until his three children were grown that he was able to work writing into his busy schedule. “That,” Clinch says, “was when Canterbury Garfield just stumbled into my life, smelling of whiskey and urinal cakes, and said hi. He was so weird that I had to introduce him to the rest of the world.” Thus began the five-month odyssey that culminated in Canterbury’s Tale, a book Clinch categorizes as part of “the Lovable Losers genre.”

For five years prior to writing Canterbury’s  Tale, Clinch stopped reading books by other mystery writers. “I felt it would be terrible to be too derivative of someone else,” he explains. “Every story has been told, so it’s more a matter of re-imagining it with a new spin and interesting, fun characters the reader will want to know more about.” Canterbury Garfield certainly fits the bill. A burnt-out former journalist and reluctant insurance agent, Garfield is what Clinch calls “a recreational malcontent, a universal offender who gets through his day by shocking and annoying people.”  For Clinch, writing in Garfield’s voice was great fun. “It was cathartic to have this irascible person venting,” he says. “He was able to say many of the things that I can’t.” In Canterbury’s Tale, Garfield becomes unwittingly implicated in the crossbow murder of his town’s unsavory mayor and finds himself facing Latin American gangsters, an Asian hit man, international organ smugglers, federal agents, and an elderly disgruntled client who runs him down with her Prius, all against the backdrop of the sleepy town of Puntayelo, Florida.

Clinch has big plans for Canterbury Garfield, including a series of novels based on his misadventures. He has completed the second book in the series, Pink Gin Rickey. It has Cantebury dealing with a crazy British aristocrat, a hip-hop mogul, snipers, Nazis, religious fanatics and a mystery involving a missing B-17 from WWII. “I'm only sorry this book took me four years to write," Clinch says. I’m looking forward to writing as many books as I have time for."One thing Clinch can tell readers for certain: They’ll be weird.”

For more about Jim Clinch, visit his website at www.jimclinch.com or visit Canterbury Garfield's Facebook page (if you're in the mood for a good laugh!)

Posted by Jackie Minniti at 11:28 AM No comments: