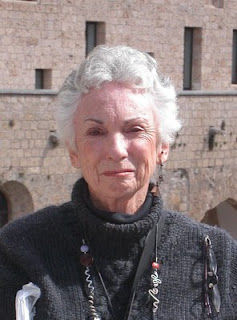 When Sunny Fader graduated from Penn State University, she never suspected that she was about to embark on a career that would span nearly six decades and take her from Los Angles to Seattle; from  Siberia to St. Pete. But for this screenwriter-turned-non-fiction writer,  it’s been an amazing journey.

Writing has been Fader’s lifelong passion. “Books were my first love, but as a single parent, films were more lucrative,” she says. So she became a screenwriter, working on projects that ran the gamut from promotional films for Lockheed and missionary films for the Presbyterian Church to scripts for TV’s Quincy and educational films for Disney. But the projects that meant the most to her were about people, like her work for the American Cancer Society documenting the lives of families battling the disease. This was hardly surprising for a woman who describes herself as “a good listener” and “genuinely interested in other people’s stories.” Ironically, these are the very traits that led her, at the age of 73, to quit screenwriting and pen her first book: Land Here? You Bet!


Fader was living on Bainbridge Island, a small community off Seattle’s coast.  She had semi-retired to pursue her dream of becoming an author, but she couldn’t seem to muster the confidence. Enter Edward (Ted) Huntley, a retired pilot and natural storyteller who became Fader’s friend and muse.  Fader loved listening to Ted’s “flying stories” as much as he loved telling them, so they decided to collaborate on a book. Unfortunately, Ted died of a heart attack before the project was completed, and a devastated Fader put the book on hold. But after Ted’s memorial service, she was seized by an overwhelming desire to hear his voice. As she listened to Ted’s final tapes, his account of a long-ago summer when he realized his boyhood dream of becoming a bush pilot, Fader knew she had to finish his story.


Land Here? You Bet! is the tale of a twenty-year-old pilot who unexpectedly gets the opportunity to fly a mission mapping Alaska’s coast for the US Coast and Geodetic Survey team. Although bush pilots were required to land on inhospitable terrain like glaciers and water, Ted didn’t let his inexperience deter him. No matter what he was asked to do, he’d reply with his trademark, “You bet!” “Ted was never afraid of the unknown,” Fader says. “He believed it was an adventure that held infinite possibilities. His life personified that.” She hopes her book will convey “the positive energy and optimism of the man,” and inspire readers to follow their dreams.


Fader’s most recent book, 365 Ideas For Recruiting, Retaining, Motivating And Rewarding Your Volunteers, published last year by Atlantic Publishing Group, Inc., was another work of love.  “The book took a lot of research, but what made it special for me,” Fader says,” is that it gave me the opportunity to share much of the knowledge and wisdom that was shared with me during all those years I wrote and field produced films and television specials for some very wonderful nonprofit organizations.”


In August of this year, at the invitation of the Princeton Theological Seminary School of Christian Mission and Vocation, Fader presented a daylong workshop and webinar based on her book.  “The challenge,” Fader says, “was adapting the presentation to reflect how the relationship of churches with their volunteers differs from that of other nonprofits.”    Fader is currently writing a new book inspired by her workshop that addresses the challenges today’s churches face in recruiting volunteers and preventing volunteer attrition and burnout.


Fader enjoys writing so much, she even does it in her spare time. “I guess I’m in love with words,” she says. “I love when language flows and creates a vision.” And she hopes, through her writing, to share that vision with readers everywhere.


For more information about Sunny Fader, visit her website at www.sunnyfader.com. 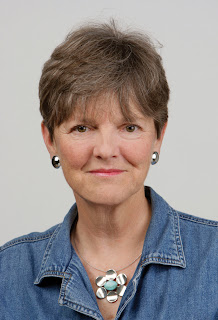 If you like your mysteries Southern-style, with quirky characters that will have laughing as you flip through the pages, then let Deborah Sharp introduce you to Mama.
Sharp is Floridian to the core. Born in Fort Lauderdale in 1954, she grew up in a Florida that was more ranches and citrus groves than theme parks and beaches. She gives her readers a taste of this little-known side of the Sunshine State in a series of lighthearted mystery novels set in the fictional town of Himmarshee, a place she describes as “my own tiny slice of authentic Florida.”  There you will meet beleaguered middle daughter Mace Bauer and her Mama, a southern belle who attracts trouble as easily as she does husbands. Dealing with Mama’s antics keeps Mace hopping.  Add to the mix two sisters with very different personalities, a few on-again, off-again romances, and the general craziness of daily life in Himmarshee, and you have the makings of a thoroughly entertaining read.


Sharp’s writing career wasn’t always such fun. She started as a journalist, writing for the News-Press in Fort Myers. There she met her husband, TV reporter Kerry Sanders. When she moved to Tampa in 1986, she began writing feature articles for Gannett News Service. This gave her the opportunity to travel all over the state. In 1991, her husband landed a job with NBC in Miami, so Sharp moved back to her hometown of Fort Lauderdale. She kept busy writing articles for USA Today, covering riots, murders, hurricanes, and other tragedies. But the last straw came ten years ago on September 11, 2001. Writing about so much misery became overwhelming, and when Sharp turned 50, she decided she needed a change.  Mystery writing appealed to her because she could control the story and make certain the good guys triumphed in the end. She also wanted to inject some humor into her writing. “I love making people laugh,” she says. “For 20 years, as a journalist, I didn’t get to do that very often.”

Her first book, Mama Does Time, was inspired by a magazine ad depicting an older woman in a convertible. Sharp wrote a short story about the woman finding a body in her trunk, and the story grew into a novel. Praised by Mystery Scene Magazine as “…a humorous, touching reflection of familial love and politics,” Mama Does Time was followed by Mama Rides Shotgun (2009) and Mama Gets Hitched (2010).

In the newest book of the series, Mama Sees Stars, Hollywood comes to Himmarshee resulting in murder and mayhem. “As a reporter, I once visited a movie set in Miami,” Sharp says. “I was fascinated by the outsized personalities, and I thought it would be fun to bring them to Himmarshee where they’d be the outsiders.” Library Journal has given the book a starred review: “This zany fourth entry in Sharp's series is a feature worthy of the big screen . . . The mystery aisles can always use more humor, and Sharp delivers.” Sharp is already at work on Book Five, tentatively titled Mama Gets Trashed. It will involve Mama, a bit too much sweet pink wine, and a mishap with a wedding ring.

Sharp hopes her readers will enjoy visiting Himmarshee and meeting its colorful denizens. But she also wants non-Floridians to come away with a sense of the diversity of the Sunshine State. “I love exposing readers to the Florida I know,” she says, “a place where cows outnumber people and where your family can push your buttons but will always have your back.” So come on down to Himmarshee for an experience you’ll never forget. Just ask for Mama.

For more about Deborah Sharp, visit her website at http://www.deborahsharp.com/