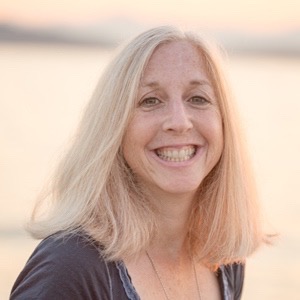 This month, Fabulous Florida Writers is pleased to welcome guest blogger, Joanne Lewis. Lewis is the author of two series, the Forbidden Trilogy and Michaelangelo and Me, and three stand-alone novels. Lewis was our featured writer on July 25, 2012.

It is said that everyone has one true love in life, but I have learned this is not true as I have fallen in love many times.

As a child, I was in love with my parents who protected, nurtured and guided me. Dad made up bedtime stories that carried into daytime hours. Mom encouraged me to be brave and try new things: food, activities, and friends. They told me I could achieve anything.

When I was eight years old, I wrote my first book about the weather. I covered two pieces of cardboard with wallpaper, bound the pages together and was thrilled when it was placed in my elementary school library. I fell in love with writing.

As a pre-teen, my focus became talking on the phone with friends and testing boundaries with authority figures. I was in love with freedom. While a teenager, I read all of Judy Blume’s books, the Nancy Drew series, and many popular novels as well as the classics. I fell madly and irrevocably in love with reading.

In high school, I fell in love with my first boy, or at least I thought it was love. He was wiry and muscular and had a hint of a moustache. I passed notes about him to my friend in history class. I didn’t mind when I was caught and sent to detention. It gave me more time to think about this new kind of love, romantic love.

After graduating college, I went to law school and became a prosecuting attorney, specializing in sex crimes and child abuse offenses. I fell in love with helping people, especially children.

As a novelist who has published seven novels, I do not pen traditional love stories yet I have learned something different about love from writing each one.

Forbidden Room, book one of the Forbidden Trilogy, is a murder mystery about Sara, a woman charged with murder, and Michael, the new attorney that represents her. Michael believes in her innocence, but did Sara really do it? It is a novel that questions the meaning of love. Writing Forbidden Room caused me to reevaluate my definition of love.

Forbidden Night, book two of the Forbidden Trilogy, is my latest release. This novel delves further into Sara and Michael’s relationship, and reveals more about the murder and secrets from the past. From writing this novel, I learned that love traverses time and has no boundaries.

Make Your Own Luck is a murder mystery about a young attorney who defies her father to represent a thirteen-year-old girl accused of murder. Writing this novel I learned about unselfish love.

The Lantern is a historical novel about a girl in fifteenth century Florence, Italy who dares to compete with the great Renaissance artists. It is a story of the search for truth in art. I fell wildly in love with Michelangelo while writing this novel.

Michelangelo & the Morgue and Sleeping Cupid (books one and two of the Michelangelo & Me series) are historical fantasy novellas. There are three more books to be released in this series in 2017. Writing this series has fortified my love of research and prose.

Wicked Good is the story of a mother and her son, who has Asperger’s Syndrome. I wrote this novel with my sister, it brought us closer together and I learned about unconditional love.

I was diagnosed with cancer and am now cancer free. From that experience I fell in love with life.

What are your love stories?

For more information, visit Lewis's website at www.joannelewiswrites.com or her Amazon author page at amazon.com/author/joannelewis,
Posted by Jackie Minniti at 1:03 PM 1 comment: 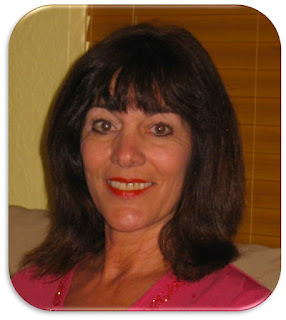 Susan Kotchman has always had a love for children and books. This was first borne out in her career in education and later in her career as a writer of children’s books with heartwarming stories that teach positive values. Her experiences as a former elementary school teacher and principal, as well as a member of a large family, have given her insight into all kinds of people and behaviors.  She writes about real personalities and actual situations that readers of all ages can relate to, especially children, classroom teachers and parents.

Kotchman moved to Florida from New York in 1969 with her parents and five siblings. She discovered writing while a student at Seminole High School. “I found my passion for writing during a creative writing class taught by my teacher/coach, Mr. Bennett,” she says. “He inspired my creativity so very much. I wish I had the opportunity to thank him.” She went on to St. Petersburg Junior College before earning bachelor’s degree in Early Childhood Education from the University of South Florida and later a Master’s degree in Educational Leadership and Administration from Nova University.

Her first assignment was teaching a first grade class. “The students were so full of life and excitement about learning,” she recalls. “I loved watching their faces light up when I read to them, and I think this also pushed me to want to write.” After 17 years of teaching elementary school, Kotchman became a curriculum specialist before becoming assistant principal and finally principal of Madeira Beach Elementary School.

In 2008, something unexpected changed the trajectory of her life. A brain bleed forced her into early retirement. Being a woman of faith, she decided to turn her misfortune into something positive. “I began writing over 20 years ago with dreams of becoming published,” she says. “I always wanted to promote literacy and a love of books.” So Kotchman decided to do this by writing books of her own, books that show children the importance of relationships and learning.  “There are many beautiful books on the market, but there are also many that shouldn’t be in the hands of young children,” she explains. “My books are written with heartwarming stories and incorporate beautiful pictures. They are, so far, realistic fiction.” She purposely chose topics that the average person wouldn’t think were important for elementary-aged children.

Her first book, With Love from Grandma, was written after her mother passed away. She used her daughter as a character. The book’s underlying purpose is to help children learn to cope with grief in a positive way. “There are 2.9 million children being raised by at least one grandparent today,” Kotchman says, “and when they pass, are these youngsters ready to deal with the loss?” The book is currently being used in 23 Pinellas County schools.

With Love from Grandma was followed by a sequel, With Love from Grandpa. This book came about after a request from a former colleague. “A principal friend wanted me to write a childlike book with a more challenging vocabulary for upper-elementary children,” she says. The story follows a grandfather and grandson on a fishing adventure at the beach. According to Kotchman, “I want kids to be able to learn about people by noticing their action, facial expressions and words. I think With Love from Grandpa does all that.”  To help get the concept across, she developed writing activities and discussion topics for teachers to use with their students.

Kotchman’s third book, Sam, tells the story of a little monkey who loves to make children happy and can't refuse their gifts. After trying to please his friends, he learns a valuable lesson about taking care of himself and shares it with them in a special way. Kotchman's newest book, Mason’s This and That Day, (scheduled for release at the end of September, 2016) is about a young boy who is constantly changing his mind and can't seem to stay focused on one project. Kotchman describes her character as “quirky, adorable and so much like many of the students I’ve had experiences with.” Although it is a picture book, it is appropriate for all grades, because, as she explains, “It's a great way to allow the reader to linger on each page and enjoy the artwork, which was done by Linda Cowen.”
Kotchman believes that "Life is about relationships and learning new things." She hopes her books will have a positive effect on young readers. “Many people don’t look at the content of books and how they may affect a child’s thinking,” she says. “We must give them books full of stories they can relate to and help them challenge the content with conversation. And you can never discount the importance of a strong value base.”

For more information, go to www.facebook.com/SueKotchmanBooks

Posted by Jackie Minniti at 12:56 PM No comments: