Blaize Clement - Of People and Pets 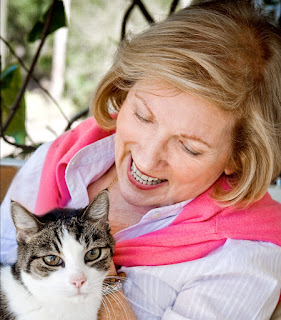 Note: Sadly, Blaize Clement lost her battle with cancer in July, 2011, at the age of 78. She was a strong, courageous woman and the epitome of a Fabulous Florida Writer. Her spirit will live on through her wonderful books.
For Sarasota writer Blaize Clement, there were few things more fascinating than people and animals. When she was a child, she loved reading stories about the intelligence and nobility of animals. As an adult and a psychologist, she enjoyed uncovering the true stories of people’s lives. And as a writer, Clement found a way to combine these two interests in her popular Dixie Hemingway Mystery Series, the tales of a professional pet-sitter who finds herself immersed in intrigue and danger. Though her books have been praised for their entertaining stories and memorable characters, Clement believed they had something more to offer. “Dixie is a woman who has had some bad things happen, but is doing her best to move on and help others,” she explained. “I’d like readers to come away from my books with the idea that whoever they are, whatever they do, they’re fine just the way they are. I’m hoping to impart that we can all live together despite our differences. And pets, with their unconditional love, illustrate this.”
Although Clement did not set out to become a writer, she always knew there was one waiting in her future. As a young girl growing up on a farm in north Texas, she could envision herself with gray hair, sitting at a manual typewriter, watching the surf break on the shore. “I don’t know where that image came from, but I’ve had it for as long as I can remember,” she said, “and I just knew the day would come when I would do that.” So when her two sons were grown, Clement began to write. Her experience writing textbooks and expert witness reports helped lay the foundation for her fiction writing. According to Clement, “I’d learned how to sift through information to find the narrative thread. People’s lives have narratives too, and finding them ties into being a mystery writer.” In 2006, she published her first novel, Curiosity Killed the Cat Sitter, which was praised by Booklist as “a first-rate debut.”
The success of Curiosity Killed the Cat Sitter spawned five more mysteries featuring Dixie Hemingway, a former sheriff’s deputy who leaves her job after a family tragedy to become a pet sitter. Clement infuses her protagonist with pluck and humor while utilizing her background in psychology to give Dixie depth and dimension. There are also some wonderfully rendered animal characters that will keep the reader chuckling. The fourth book in the series (Cat Sitter on a Hot Tin Roof) was a finalist for the Mary Higgins Clark Award.
Clement’s upbeat and lighthearted writing belied a life marred by personal tragedies. A bout with polio in her twenties left her unable to walk unassisted. A divorce left her the single mother of two small sons. Defying the odds, Clement put herself through college to become a successful clinical psychologist. Her life seemed to be getting back on track when she was tipped from her wheelchair while being wheeled down an airport jetway, breaking her leg and giving rise to a host of physical complications. No longer able to continue her psychology practice, Clement went to France to recover her health. She returned to the states in 1997 and settled in Sarasota, which became the setting for the Dixie Hemingway series.
Clement’s trademark tenacity continued right up to the end of her life. She spent her final weeks working on the seventh and eighth Dixie Hemingway novels. Before her death, she managed to finish the editing of The Cat Sitter’s Pajamas, (scheduled for publication in mid-January, 2012). She has entrusted her son John with completing the final book, providing him with the first several chapters and a detailed outline, and leaving her readers with a special gift that will keep her memory alive.
Clement believed that people can learn a lot from their animal friends. To her, the relationship between pets and their owners is one of the best examples of unselfish love, and the way animals get along with one another can teach us how to live in harmony. This is the premise for the world she’s created in her books. And Clement often found herself wishing the real world was more like hers.
For more about Blaize Clement, you can visit her website at www.blaizeclement.com

Next: Drs. Chris Cortman and Harold Shinitzky: Knowing Your Own Mind
Posted by Jackie Minniti at 12:06 PM 4 comments:

Tracey A. Akers: Welcome to Aredyrah 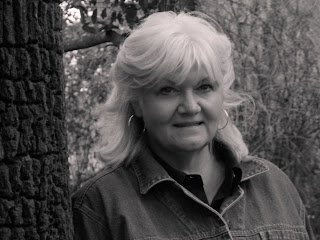 It’s been said that a book can open the door to new worlds. For writer Tracy A. Akers, the key to that door was a pencil and a blank sheet of drawing paper.  As a child, Akers loved to draw.  But as she grew, her life became filled with the demands of teaching, marriage, and motherhood, and she let her artistic side slip away. Then came what she calls her “Middle-age Metamorphosis.


“I got the itch to draw and realized, to my surprise, that it had been thirty years,” she says. “I began playing with it, and I cracked open the creative side of my brain that I’d set aside.”  She began randomly sketching, and a picture emerged of a young boy on horseback – a boy with long red hair, wearing black gloves.  She didn’t know where the image came from. As she drew, a story began to form, and she felt compelled to write it down.  The way Akers explains it, “I didn’t pick the story; the story picked me.”  Although she’d never had any formal training as a writer, she threw herself into learning everything she could about the craft. She read mountains of books, became a member of the Florida Writers Association, joined a critique group, and “practiced, practiced, practiced.”  Two years later, she had completed The Fire and the Light, an award-winning fantasy novel for young adults
The Fire and the Light introduces readers to the world of Aredyrah, the mythical island that is home to Dayn and Ruairi, two teenage boys considered outcasts by their rigid societies. The search for acceptance and truth that brings them together makes for a spellbinding tale that is bound to resonate with young readers experiencing the awkwardness of adolescence.  The saga continues in The Search for the Unnamed One. This second book in what Akers calls “The Souls of Aredyrah Series” won the gold medal for Young Adult Literature in the 2007 Florida Book Awards.  Akers describes the series as “high fantasy that combines romance, adventure, and cultural conflicts.” Both books have been chosen for the Florida Department of Education’s  "Just Read" Families Recommended Summer Reading Lists. Book Three, The Taking of the Dawn, was recently released.  Akers is currently working on The Shifting of the Stars,” Book Four in the Aredyrah series, as well as a separate series still set in Aredyrah, but in a different generation.
Akers finds it a challenge to juggle her real life with the fantasy one she creates as a writer, but she tries to set aside time for her son and grandson and “to make a date with my husband now and then.” She also manages to lecture and attend Science Fiction/Fantasy conferences.  But she’s always happy to return to Aredyrah.  As a former teacher, Akers hopes reluctant readers will join her on the journey. “I want kids to love reading," she explains. "When a kid says, ‘I never liked to read, but I loved your book,’ I know my job is done.”  Akers also hopes their time in Aredyrah will help teens learn to accept themselves. “There are so many teens who find themselves labeled. I hope a kid who doesn’t fit in will be able to walk away from my stories saying, ‘My differences can make me great!'"

For more about Tracey A. Akers, visit her website at http://www.soulsofaredyrah.com/.

Next: Blaize Clement - Of People and Pets
Posted by Jackie Minniti at 3:07 PM 1 comment: