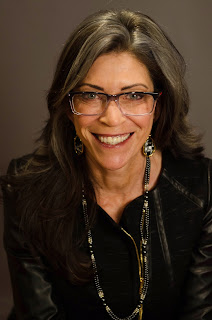 What happens when you combine a degree in psychology, a career as a professor of social work and a lifetime love of mystery stories that feature tough female protagonists? In the case of West Palm Beach writer Miriam Auerbach, you get an award-winning series of satirical mystery novels starring a Boca Babe turned Biker Babe named Harriet Horowitz.

Auerbach (pen name for Miriam Potocky) was born in Prague, Czechoslovakia and immigrated to the United States when she was seven. She grew up in Colorado and relocated to Boca Raton 20 years ago to take a position on the faculty of Florida International University in Miami where she still works as a professor of social work.  Though she was always an avid mystery reader, she never considered writing until she had an unexpected encounter with Dirty Harry.

“One day, I was feeling depressed,” Auerbach recalls. “I took to bed with a box of chocolates and turned on the TV. A Dirty Harry marathon was playing, and I decided to watch. While I never really got the character, I began to see him as the strong, silent archetype of the male hero, and I thought that what the world needed was a female Dirty Harry.” In 2006, Auerbach’s debut novel, Dirty Harriet, hit bookstores, introducing readers to Harriet Horowitz, a character Auerbach describes as “a man in a woman’s body.” The story centers around Harriet’s investigation into the death of a migrant worker whose body was found in a tomato field. The plot also gave Auerbach a vehicle to explore the issues of human trafficking and migrant rights. Even though the novel was written as a mystery, it won the Best First Series Romance award from RT Book Reviews.

Dirty Harriet was followed in 2007 by a sequel, Dirty Harriet Rides Again, which finds Harriet serving as “Best Human” at the wedding of two same-sex friends. When three clergymen become murder victims, Harriet goes on a search for the killer. The third book in the series, Dead in Boca, has Harriet investigating the death of a wealthy developer bulldozed at his construction site. In the latest installment in the Dirty Harriet’s saga, Boca Undercover, Harriet goes undercover to find out who is murdering patients at a posh rehab center. Auerbach got the idea for the story when she was doing consultant work in a residential substance abuse facility. “The facility wasn’t anything like the one in the book,” she admits, but the story allowed her to address the issue of addiction.

Auerbach describes her Dirty Harriet series as satirical mysteries which she hopes will make the reader laugh but will serve a serious purpose as well.  “My books give an over-the-top look at life in Boca that can easily translate to other wealthy areas in Florida,” she says. “But they also address some serious social issues and look at how they play out in affluent communities where there’s a dark side to the bright, beautiful façade. I like to take topical issues and extrapolate them to their extremes. This often leads me to outlandish places.”

The fifth Dirty Harriet book, tentatively titled Boca Blast-Off, is in its plotting stage. The story will involve the death of a rocket scientist and the building of a private rocket port in the Everglades. Auerbach hopes readers will come away from her books feeling that “the world isn’t perfect, but there’s a little bit each of us can do to make it a more fair and just place.”

For more information, visit the author’s website at www.miriamauerbach.com. 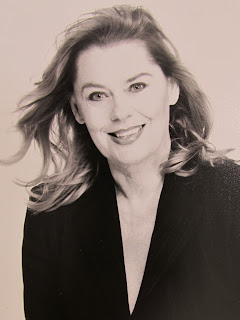 Most little girls want to grow up to be just like their mommies. They try on their mothers’ shoes, play dress-up in their clothes, use their make-up, or, in the case of Tarpon Springs writer Laura Kennedy, borrow their typewriters. “I like to say I learned writing in the womb,” she says. Born in Minneapolis, Kennedy knew as a small child that she was destined to become a writer. “My mom was a romance writer,” she says. “She wrote two stories a month for True Confessions magazine for 35 years to help support the family. As a child, I thought all moms wrote.”

At age 22, now married and a mom herself, Kennedy borrowed her mother’s typewriter and wrote her first story. “I sent it to True Confessions and got $225 for it,” she recalls. “That was a lot of money at the time.” Over the next 10 years, she “had babies at a rapid rate” – three girls and a boy in four years – and wrote 30 stories, selling 24. Then Kennedy moved to Florida to be near her mother and thought she’d try her luck at writing a novel.

In 1980, with four teenagers at home, Kennedy wrote, and later self-published, a novel titled See Mommy Run, the story of a mother who runs away from her teenage daughter. “In the reviews, women either loved it or hated it,” she says.  In 2013, she found a publisher for Double Take, her young adult novel reminiscent of Sunset Boulevard. It tells the story of 16-year-old Brooke Bentley who befriends Laura de France, a reclusive aging actress.  As Brooke falls under Laura’s spell, she finds herself losing control of her life and being drawn into Laura’s fantasy. The inspiration for Double Take was Beyond the Twelve-Mile Reef, a 1953 movie filmed in Tarpon Springs. Laura de France was patterned after Sharon Randall, a 92-year-old actress and the sister of Kennedy’s friend. “She grew up in Hollywood, and her mom raised her to be in movies,” Kennedy explains. “She was signed by MGM when (Mickey) Rooney and (Judy) Garland worked there.” Kirkus Reviews praised Double Take for its  “…realistic conversations…” and “…multiple engaging plot twists…”. Fittingly, Kennedy dedicated the book “To my mother, Marguerite McClain, who taught me how to write and is now giving writing classes in heaven.”

Surf Shop Sisters, the prequel to Double Take, was released in 2016. The young adult novel follows Brooke in her junior year of high school. “I love little Brooke,” Kennedy says. “She’s so real to me, I talk about her as if she’s my granddaughter.” Surf Shop Sisters won a Royal Palm Literary Award for Young Adult fiction.

Kennedy’s adult romance, The Breeding of Lilacs, was released by Melange Publishing as a Satin Romance imprint in May 2016. The Breeding of Lilacs is an adult novel that introduces Brooke as a secondary character and centers around her mother’s affair with a Greek man.The story follows Barbie Bentley, a woman with great kids, a gorgeous home, loyal friends and a successful husband.  Yet she’s unhappy, longing for something to fill the emptiness in her heart. She returns to college where she meets a handsome Greek pre-med student, Nick Diamandis.  Friendship morphs into an affair, and Barbie unwittingly becomes mixed up in a crime scene where police suspect her of being involved. Kirkus Reviews praised the novel as "a fun romance with a serious core"

Unfortunately, sales have been on the sluggish side.  “There could be a lot of reasons,” Kennedy muses.“In retrospect, my editor Nancy Schumacher and I feel the culprit is the title.When I pull my novel up on Amazon it appears just above a guide on how to raise lilacs.” With this in mind Kennedy and Schumacher have decided on a new release.  It will be the same novel and same cover by prize-winning artist Caroline Andrus. However, Kennedy is on a search for a new and intriguing title.

That’s where you readers come in. “ Beginning this very moment, we are asking for your input,” Kennedy says. “Cast your vote for one of our tentative titles and/or create one yourself. For more about Barbie, you can look her up under the current title The Breeding of Lilacs on Amazon, Smashwords, Lulu or Barnes & Noble. The winners will receive an all paid trip to....  Just kidding.  Actually, first, second and third place winners will receive an autographed copy of the novel when released with the new title plus a T-shirt bearing an imprint of the new cover.  So fire up the old cerebellum or whatever wiring we have in our brains and think.”

Posted by Jackie Minniti at 12:05 PM No comments: