Cynthia Thomason - A Place for Romance 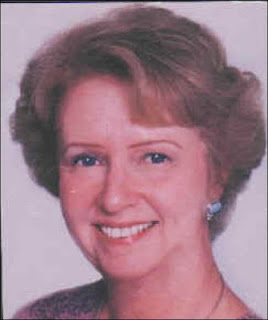 Cynthia Thomason’s romance with romance novels began more than twenty years ago. This former English teacher turned auctioneer was looking for something more stimulating to do with her time, so when her son started school, she started writing. Her first novel, a historical romance titled River Song, took her almost three years to complete. Published in 1998, this tale of a beautiful con artist and a gambling plantation owner won Thomason a Romantic Times K.I.S.S. award. Since then, she has penned twenty novels including historical romances, contemporary romances, historical mysteries, and a time travel anthology. But romance remains her favorite genre. “I enjoy writing books and stories for and about women. I love historical romance because I enjoy doing the research. Contemporary romance is shorter but more fun.”
For Thomason, writing romances presents its own unique challenges. “Characters and ideas don’t come easily to me. I have to work at it. The most difficult thing is coming up with something fresh and new, taking the tried and true plot line and finding a hook to make it uniquely mine.” For example, one of her mystery novels features an auctioneer as an amateur sleuth. The idea for the character came from Thomason’s years as the owner of an auction company, and identifying with her characters is something Thomason really enjoys. “The thing I like most about writing is getting into the characters’ heads. It’s like being an actor and getting to play all the parts.” She hopes her readers will take from her characters a sense of common humanity. “I’d like readers to come away from my books with the understanding that we all have failings, but we can overcome them.”
An avid traveler, Thomason finds inspiration for her stories in the places she’s been. “I’ll be somewhere, and an idea will come. One thread that seems to run through her books is the small town setting. She and her husband, Walter (also a writer) have traveled extensively throughout the United States. “I can honestly say that I have found something to admire about every locale,” she says, “but I am always drawn back to America's small towns like the one where I grew up. For example, my husband and I went ot Cedar Key on a pleasure trip. It was such an interesting, artsy little town that I thought, ‘Wow, I could set a book here.’” The idea eventually evolved into a three-book series. One of Thomason’s historical mysteries, Stagestruck, is set on a Mississippi riverboat. Two other novels, Gabriel’s Angel (Maggie Award Finalist) and Return of the Wild Son, (HOLT Medallion Winner and National Readers Choice Award Finalist) were inspired by lighthouses. “Lighthouses are a common setting for me – I just like them,” she explains. She even gets ideas for characters from places she’s visited. “My main characters are often an outgrowth of a setting. They come from my imagination, but they’re usually more exciting than I am.”
This South Florida writer calls the Sunshine State “a very rich place for a writer looking for settings.” Her latest novel, Christmas in Key West, tells the story of a young Key West native who returns home to care for her father and rekindles a romance with her high school sweetheart. Windswept, a historical romance set in pre-Civil War Key West, was praised by the Detroit Free Press as “A fresh Caribbean breeze of a romance.” But whether it’s a lighthouse in Michigan, an artist colony on the Nature Coast, or the Florida Keys at Christmas, Cynthia Thomason’s readers know they’re in the right place for romance.
For more about Cynthia Thomason, visit her website at http://www.cynthiathomason.com/
Next: Tina Wainscott - Romance with a Thrill
Posted by Jackie Minniti at 10:31 AM 7 comments: 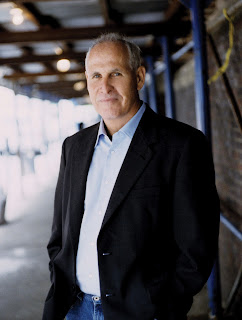 When James Sheehan decided to set pen to paper eighteen years ago, he was looking for a hobby that would ease the stress of his job as a trial attorney. Today, he is the author of three thought-provoking legal thrillers that inspire readers to ponder the complexities of life.
Sheehan, a native New Yorker, came to Florida over thirty years ago to study law at Stetson University. After working for a firm that represented major corporations, he decided to go into private practice where he could represent individuals who were downtrodden or discriminated against. His desire to “humanize” the death penalty issue inspired him to write The Mayor of Lexington Avenue, the tale of Jack Tobin, an idealistic trial lawyer fighting to exonerate an innocent man on death row. Praised as “A terrific novel, a genuine literary achievement” (Booklist), the book established Sheehan as an insightful new voice in the legal thriller genre. By seamlessly weaving together the stories of two childhood friends whose lives take vastly different paths, Sheehan gets readers to examine the thorny subject of capital punishment in a new light.
A year later, Sheehan revisited the death penalty question in The Law of Second Chances, the story of Henry Wilson, a death row inmate, and Benny Avrile, a man facing the death penalty for his role in a robbery/murder. Their lives intersect when Jack Tobin finds himself representing both men. Unlike The Mayor of Lexington Avenue, The Law of Second Chances is based on an actual case. “People always asked me if Mayor was based on a true story. It wasn’t, but I thought I’d do that with Second Chances,” Sheehan explains. “So I researched death penalty cases until I found the one I wanted.” Sheehan was also looking for a character as compelling as the one he created in his first novel. “I had such a great character in Rudy (the innocent inmate in Mayor) that I wanted to come up with one just as good. I think I did that with Henry Wilson.” It seems that the critics agree. The Law of Second Chances has been called “An involving thriller that is also a moving meditation on love and friendship.” (Booklist)
Sheehan’s third book, The Lawyer’s Lawyer, is another in the Jack Tobin series. According to Sheehan, “A lawyer’s lawyer is the lawyer other lawyers look for when they get into trouble, and Jack certainly fits that bill.” The story begins in a small Florida town that is being ravaged by a serial killer. A suspect is eventually arrested, convicted, and sentenced to death. Ten years later, as the execution date draws near, Jack Tobin is asked to revisit the case. This sets into motion a series of events that lead to Jack being tried for murder. Now he must find his own lawyer’s lawyer or risk becoming the newest resident on Florida’s death row. The Lawyer’s Lawyer is slated for release in January, 2013.
In his spare time, Sheehan keeps his brain sharp by reading, his body fit by competing in triathlons, and his soul nourished by spending time with his five grandchildren. In addition to teaching full-time at Stetson Law School, his alma mater, he has finished his fourth novel, The Alligator Man, a legal thriller that could have come straight from today’s headlines. The Alligator Man tells the story of a young Floridian whose life is decimated when the company he works for is driven into bankruptcy by corporate greed, and he decides to avenge himself by murdering the former CEO.  The idea for the book came from Sheehan’s desire to explore what causes a person to become a criminal. “As a society, we treat people in a black-and-white way, but most things aren’t that clear cut,” he says. “The message from my books, and from fiction in general, is that there are lots of layers to life. And books provide a tapestry for life. That’s why people enjoy them so much.”
For more about Jim Sheehan, visit his website at www.james-sheehan.com
Next: Cynthia Thomason – A Place for Romance
Posted by Jackie Minniti at 4:56 PM No comments: