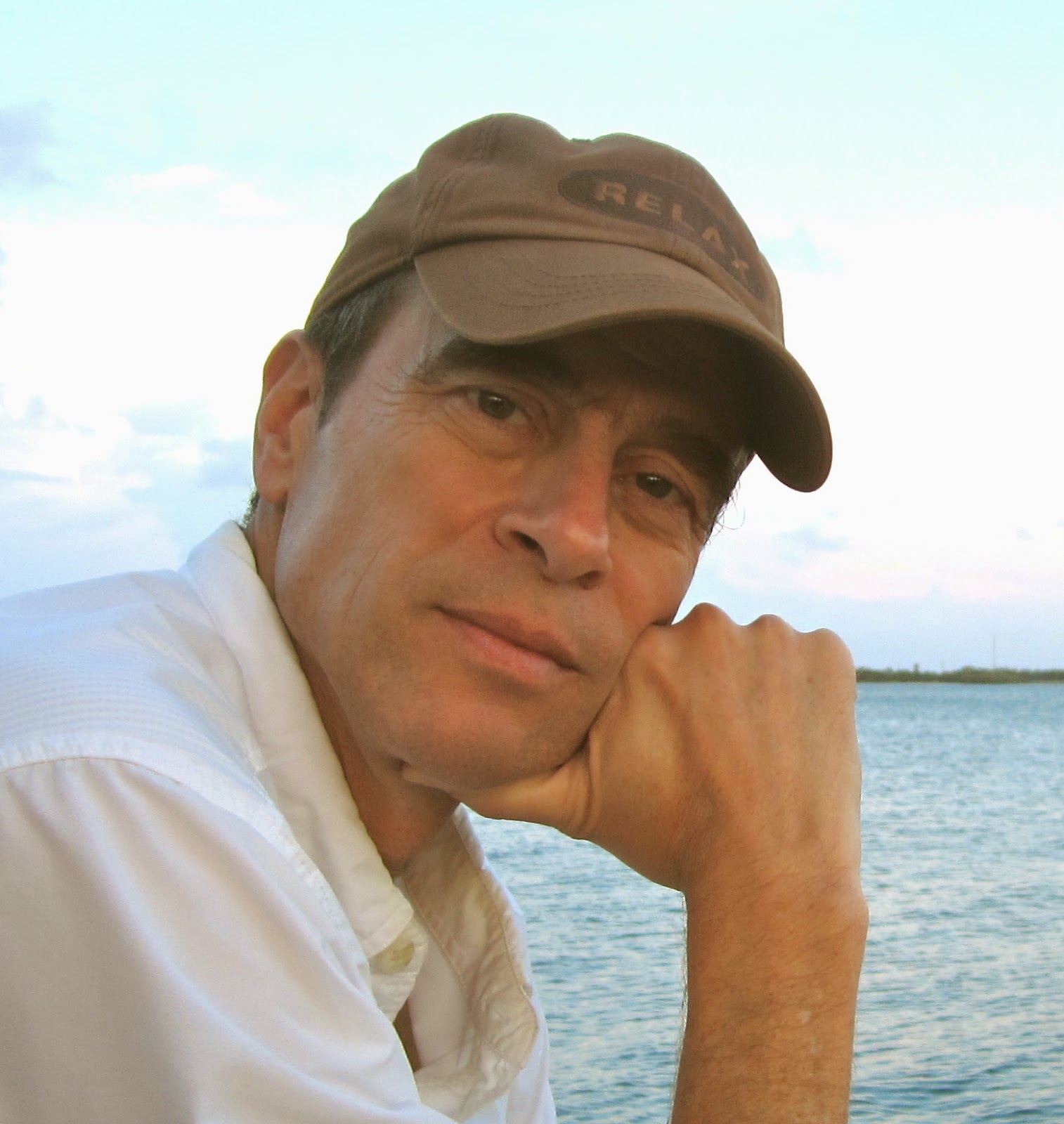 This month, Fabulous Florida Writers is pleased to welcome guest blogger Robert Lane. Robert is the author of the Jake Travis mysteries. His second Jake Travis novel, Cooler Than Blood, will be released on February 24, 2015. Foreword Clarion Reviews praised Cooler Than Blood as "...gripping and highly enjoyable...," and Kirkus Reviews described it as "A solid, entertaining mystery." Robert was our featured writer on December 4, 2014.

I was pumped. Finally made the commitment. I was attending Eckerd College’s Writers in Paradise week-long workshop and conference in St. Petersburg. Why not? It was close to home and I was a writer, right?

Quick disclaimer: For reasons not worth delving into, prior to my decision to become a writer, I’d just completed a long streak (decades?) of limited fiction reading. My fiction reading during that tenure had been reserved for a few favorite and revered authors. Meanwhile, the biography pages I read easily surpassed five digits. I also devoured tomes of war books. War is, after all, as Thomas Hardy said, “rattling good reading.” I had kilo-pounds of books to support his observation. To this day, the word “Stalingrad” makes me shiver.
Now the conference.You know the drill. The attendees, twelve of us, each turned in a first twenty-five pages. The morning arrived to critique my first twenty-five. I felt pretty good about the opening of my magnum opus, as I’d already received unsolicited positive feedback. The class batted me around with the standard faire. The conversation, however, soon became dominated by the workshop leader (a successful author whom I admired) and another attendee. They obviously knew each other and were both mystery writers.
“Who does he (meaning me) remind you of?” she inquired of her co-conspirator.
“Raymond Chandler,” he chirped in.
“I agree. He’s going for that style. Maybe a little too much.” Hello, I’m right here.
I nodded.
But what I kept inside was this: Who the eff is Raymond Chandler?
I jotted the name down. I’d have to look into his fellow who, apparently, was ripping me off.
Then this. “And his dialogue,” she plowed ahead. “Sounds a lot like Elmore Leonard.” Did I detect an accusatory tone? “Is that what you’re going for?”
I nodded again in agreement. The door was to my left. I could be on the beach drinking in five minutes. Screw this stuff.

“I concur,” the other attendee assented. “A lot like Elmore.”
Elmore Leonard or Leonard Elmore? Like two first names? Gotta look him up as well. Sesame Street. That will be my mental reminder of that cat’s name. And Bernstein, you know, "West Side Story." He was a Leonard.
I felt properly admonished. I pinky swore not to copy the style of others—whoever they were—and to search for my own voice. I slithered out of the room, the appropriate posture, I thought, for someone who had been unveiled. Fraud-city here, folks. Really took me to the mat, didn’t you?
During the next twelve months, I made up lost time like the USS Enterprise flashing into warp speed. I studied mystery writers and wrote a brief bio on each one: 75 and counting. I devoured RC and became intimate with Elmore. Tore their stuff apart like an osprey eating a fish. Read biographies and articles on those boys as well as their best works. Pretty good writers. But the world knows that.
Can’t say they influenced me one way or the other.
Can say this: I’m comfortable in my voice. Think my style is something you’ve heard? I’d be shocked if parallels can’t be drawn with any particular writer and someone else. The only thing new in the world, Harry Truman proffered, is the history you don’t know.
I learned a lot at Writers in Paradise. Highly recommend it. It’s an excellent conference, and I drank in the air and hastily scribbled every spoken word into my notebook. (They had passed out little engraved notepads. What good are those? I filled legal pads.)

I really don’t know if there’s a lesson here for I’m not one to dwell on such things. But try this on.
Be yourself.
Be confident. Aggressive.
Be joyful.
And if someone says you sound like someone else? That person, dead or alive, sounds like you.

For more information, visit Robert's website at www.robertlanebooks.com.
Posted by Jackie Minniti at 3:00 PM No comments: 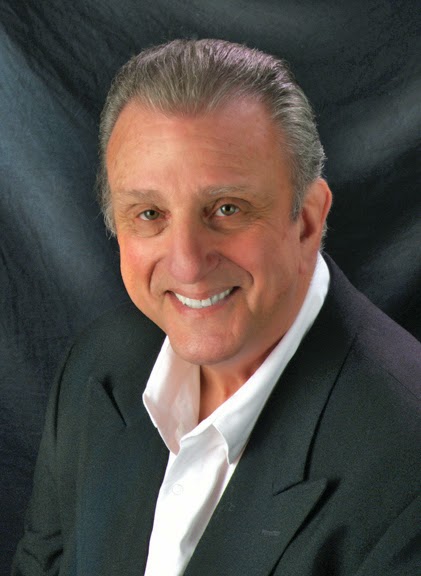 Go to any bookstore and you’ll find shelves of novels featuring young, virile, handsome heroes who conquer evil villains and save the world. But where is a protagonist that aging Baby Boomers can call their own? Enter Eddie Perlmutter, a 60-something ex-Boston cop with bad knees, occasional erectile dysfunction, and an acerbic world view that will have you laughing out loud. Eddie Perlmutter is the creation and alter-ego of Boca Raton writer Steven Forman, a man who believes that the people he calls “Usetabees” (as in “I useta be an accountant”) still have a lot to offer.

Born in Boston, Forman graduated from the University of Massachusetts with a degree in business. In 1968, he started a seafood marketing company which eventually grew into Forman Industries, a diversified holding company where he still serves as CEO. Tired of being “the first footprints in the snow” and longing for a warmer climate, he moved to Boca Raton in 1992, where he continued working full-tilt. But inside the successful businessman was a frustrated writer waiting to make an appearance.  When Forman turned 65, he realized he was running out of time, so he decided to reinvent himself.

“I had no doubt that I could write a book,” Forman says. “Writing was always a passion, but it was too arduous to do while running a business.” He found that writing and being a businessman had a lot in common: both required discipline, originality and creativity. He decided to set his book in Boca Raton, a place he had come to love for its people and lifestyle. “Boca is a charming place, if you know how to use it,” he says. “There’s something for everyone.” He calls the people in older communities “a rich source of talent who sometimes have to be reminded that they are of value.” So Forman created Eddie Perlmutter.

Eddie Perlmutter’s namesake is a boy Forman met as a youngster in summer camp. “The real Eddie Perlmutter was this little kid who reminded me of one of those punching dolls,” he says. “Every time he got knocked down, he’d bounce back up.” Forman thought he’d make a great protagonist. “I wanted to create the kind of guy who says everything you wish you could have said and does things to bad guys you’d want to do but can’t because you’re too civilized,” he explains. After two years of writing, Forman brought Eddie Perlmutter to life in Boca Knights, a quirky mystery in which Eddie battles Russian mobsters and Neo-Nazis to become a senior citizen superhero dubbed “The Boca Knight.” The book was quickly picked up by a publisher and was praised by Booklist as an “impressive crime debut ... an entertaining mix of comedy and drama.”

Building on the success of Boca Knights, Forman penned a sequel titled Boca Mournings which has Eddie trying to solve a double kidnapping while simultaneously dealing with a rabid anti-Semite, an enlarged prostate, and a condo association battling over an elevator. Boca Mournings was followed by Boca Daze where Eddie agrees to investigate the murder of a homeless man and comes up against pill mills, ghetto gang-bangers and a Ponzi scheme that would make Bernie Madoff blush. Forman has also penned a prequel, Eddie the Kid, a novella that tells about Eddie’s younger days.

Forman currently has two new projects in the works.  His next novel, titled Small Giants, will be a departure from his Eddie Perlmutter series. Forman describes it as “a family saga that spans the period from WWI to the mid-80s and involves three families and three decisions that affect three generations.” To satisfy Eddie Perlmutter fans, however, Eddie will make a cameo appearance. Forman has completed a screenplay which he co-wrote with Steve Ginsberg, a professional screenwriter who worked for Cagney and Lacey and Jack Klugman on Quincy. The screenplay is a one-hour pilot made from the best adventures from Forman’s Boca books.  Forman is also a popular speaker at clubs and bookstores, where he donates the proceeds of his book sales to charities.

Forman hopes that his readers will be entertained by his stories but will come away with food for thought. In addition,  he has a message for all the “Usetabees” out there: “It’s never too late for anything. You were wonderful once, and you still have that wonderful in you.  If you can’t be the runner, you can still go to the track meet.”

For more information, visit the author’s website at www.stevenmforman.com.

Posted by Jackie Minniti at 12:23 PM No comments: