Diane Sawyer - Mystery With a Side of History 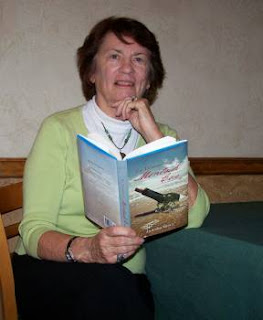 Diane Sawyer finds inspiration all around her.  Her insatiable interest in people and places, past and present, has spawned several award-winning short stories and five meticulously researched novels she calls “a blend of mystery, romance, and history, where setting plays a vital part.”
Sawyer’s first foray into writing occurred when she was a six-year-old living in Greenport, a small town on Long Island. “I wrote a story, but I don’t remember exactly what it was about,” she says. “I just remember it was scary.” After earning a Bachelor’s degree from the State University of New York, she began teaching near New York City. She went on to get her Masters degree from Seton Hall University and a Ph.D. from Fordham University.
In 1987, Sawyer moved to Florida and took a job as an educational consultant.  It was here that she took a writing class at a local recreation center. She began writing short stories and submitting them to magazines. After several were published, the success motivated Sawyer to try writing a mystery novel.  Initially, she had difficulty finding her niche. Then she hit on the idea of setting a story on Long Island in a fictional town patterned after the place where she grew up.
Her first novel, Montauk Mystery, is the story of a young woman who joins an archaeological expedition on an island that was home to the Montauk Indians.  A startling discovery puts her life, and the fate of the island, in jeopardy.  The concept for the story grew from Sawyer’s interest in the Montauk tribe. “I’m a research person, and I was surprised by how little was known about them,” she explains. “So I tried to learn everything I could to weave into the story.”  Published in 2000, Montauk Mystery was followed by two more Montauk books – The Montauk Steps (2000) and The Tomoka Mystery (2002) - and a stand-alone novel, The Cinderella Murders (2008).
Sawyer returns to Montauk in her latest book, The Treasures of Montauk Cove, a tale of murder and intrigue sparked by a mysterious bottle of wine.  The plot idea came to Sawyer during a wine presentation on a cruise ship. “The sommelier was talking about the exorbitant price of wine recovered from shipwrecks. He called it ‘Liquid Gold,’ ” she recalls. “So I started researching and discovered that there were lots of shipwrecks along the Long Island coast. I even got into the history of the geography of the area to see how a bottle of wine could make its way to Montauk. I think history buffs will enjoy it.”
Sawyer is currently at work on two novels, both set in St. Petersburg. The first, a fast-paced mystery, involves a jewel robbery gone bad that ends in multiple murders. In the second, a cold case missing-persons case heats up when new information emerges at an estate sale and unleashes a wave of terror. According to Sawyer, "These two mysteries could end the myth once and for all that St. Petersburg is a sleepy little town."
Although her writing keeps her busy, Sawyer involves herself in a variety of outside activites becaue "you never know who you're going to meet or what they're going to tell you." She volunteers for Friends of the South Branch Library and the Dali Museum, and is an avid traveler and exercise buff.  She plans to fly to Ecuador this fall to explore the cities and towns and hike through the Amazon Jungle to see the flora and fauna. She looks forward most to the people she will meet along the way.
Her hard-cover mysteries, published by Avalon, have recently been published as paperbacks by World Wide Mysteries, and soon all of her works will be released by Amazon as e-books. This success is encouraging her to come up with more mysteries. Sawyer hopes her zest for living will come through in her stories and inspire her readers. "Life is one big adventure," she says. "Take chances, make choices, go for it." 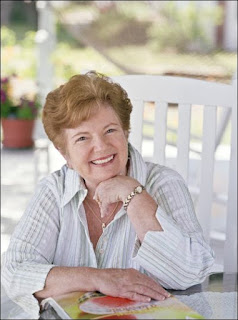 Becoming a New York Times bestselling writer was never part of Sherryl Woods’s life plan. In fact, the only unsatisfactory grade on her second grade report card was for “Making up Stories.” So how does Woods explain that, fifty-odd years later, she is the author of over 100 romance and mystery novels? “At age seven,” she says, “I learned to overcompensate.”
When Woods decided to study journalism at Ohio State University, her intent was to do graphic design. Instead, she landed a job as a reporter for an Ohio newspaper and began a fourteen-year stint as a print journalist. After coming to Florida on vacation, she decided to stay. “When I realized I could be warm in February, I started looking for a job,” she says. She found one at Today in Cape Canaveral, then at the Palm Beach Post, and finally at the Miami News where she worked for six years before deciding it was time for a change. “I always said that if I got to the point where I was grumbling all the time, I’d quit,” she explains, “so I did.” A fan of romance novels, she thought she’d try her hand at writing them. After two of her manuscripts were purchased by Dell and Bantam, she never looked back.
Woods can now take a book from concept to completion in as little as three months. She credits her background in journalism for her prolific output. She likes to write what she calls “connected books” – books that help readers rediscover the sense of connection that is missing in today’s world. “My books draw you into a world of family, friendship, and heartfelt emotions. As a reader and a writer, I like to go back to that familiar world where things are the way they were when I was a kid. I hope my readers will want to return to that world with me.”
Readers will have a chance to visit that world with the release of three new books in Woods’s popular Sweet Magnolias series. Midnight Promises, Catching Fireflies, and Where Azaleas Bloom will take readers back to Serenity, South Carolina where the circle of friends who call themselves the Sweet Magnolias will grow by three new members. “I think what makes the Sweet Magnolias unique in some ways is that over the course of the books, the circle has become multi-generational,” Woods says.  “In this latest trilogy, three older women will join their ranks. These so-called Senior Magnolias bring their own unique perspectives to the compelling stories of topics that touch many of our lives.”
Woods takes a detour into the culinary arts with her newest release – The Sweet Magnolias Cookbook.  Based on the Sweet Magnolias series, this cookbook is full of Southern classics and heartwarming stories of friendship and fun. Dana Sue Sullivan, a popular character and Southern cook, shares her favorite down-home recipes as well as secrets, stories and small-town gossip from the world of the Sweet Magnolias.
Woods’s wish is that her readers will come away from her books with a sense of hope. “I want to tell stories that almost any woman can relate to. And if they find themselves in similar circumstances, they’ll realize that they can face them and triumph. If I can give readers a few hours of escape and make them believe there’s something brighter on the other side, I’ve done my job.”
For more information, visit Sherryl Woods’s website at www.sherrylwoods.com.

Next: Diane Sawyer - Mystery with a Side of History
Posted by Jackie Minniti at 10:31 AM No comments: