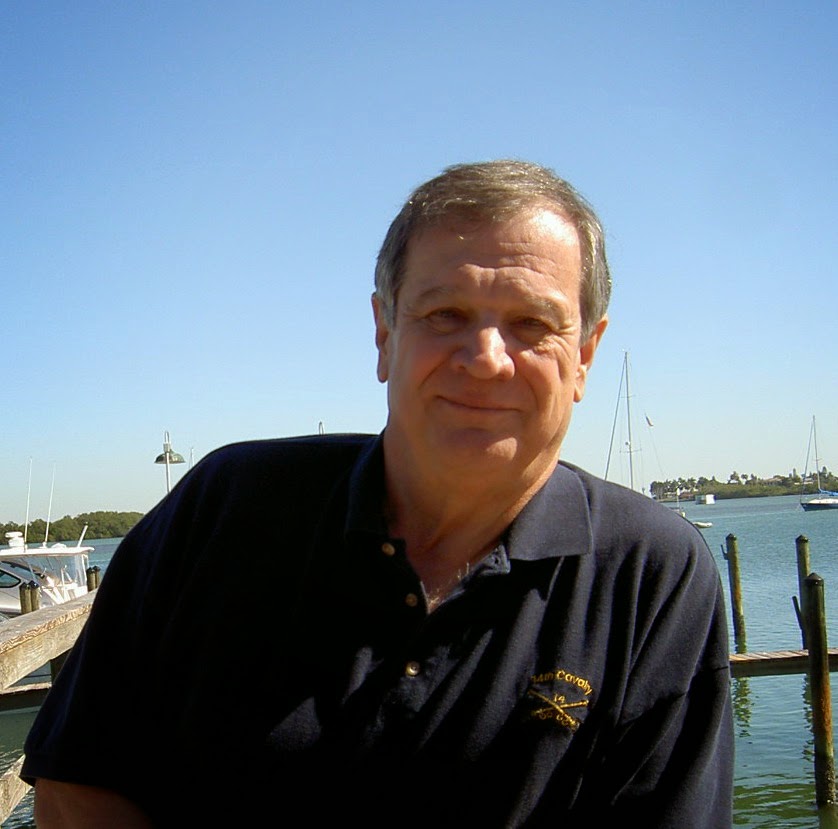 When H. Terrell Griffin graduated from Seminole High School in Sanford, Florida, he never dreamed that his life would take him from soldier to lawyer to award-winning author. The first in his family to earn a high school diploma, Griffin could not afford college, so he decided to sign up for a stint in the army. This turned out to be a wise choice because his tour of duty would later become a key element in his stories.

After his discharge from the military, Griffin set to work putting himself through college, then law school. He earned degrees in history and law from Mercer University before embarking on a 38-year career as a successful trial lawyer. His career choice turned out to be another step along the road to becoming a writer. “Good trial lawyers seem to have an intellectual bent and spend a lot of time writing,” he explains. “We’re also very logical beings. We have to have logical consistency to synthesize complex information into a tight story based on the evidence presented by witnesses. That kind of logic applies to mystery writing too.”

Writing had been a lifelong dream for Griffin. An avid reader, he took a creative writing course at the University of Central Florida in 1971, but the professional demands of his law practice didn’t afford him  the time or energy to write. As he approached retirement, he decided to stop taking new cases and start writing.

“I started writing for my own enjoyment, but I never thought to publish anything,” he recalls. “Then I decided to get serious and give writing a real shot. After that, I finished a book in about six months.” Griffin self-published his first novel, Longboat Blues, in 2005. The legal thriller introduced reluctant hero Matt Royal, a former soldier and burnt-out attorney who comes to Longboat Key to live the rest of his life fishing, eating, and drinking cold beer.  His idyllic life is shattered when an old army buddy is indicted for murder and asks Matt to represent him. “Matt is who I’d like to be if I were younger, quicker, smarter, and not such a chicken,’ Griffin says. Longboat Blues was followed by a sequel, Murder Key. But it was the third book in the series, Blood Island, that made Griffin’s dream come true when it was picked up by Oceanview Publishing.  According to Griffin, “Holding that first hardback book published by a national publisher was the biggest moment of my life – even bigger than being sworn into the bar.”

Since then, Griffin has penned five more Matt Royal mysteries, all set in Longboat Key. “Longboat Key is a wonderful, funky place,” Griffin says, “and the books are sprinkled with stories I hear in the bars.” Wyatt’s Revenge (2009) has Matt hunting for the murderer of his best friend. In Bitter Legacy (2010), Matt finds himself in the sites of a sniper.  Collateral Damage (2011), which climbed to the top of Amazon Kindle’s Best Seller list, has Matt searching for the killer of an old army buddy’s son. This plunges him into a web of deceit, revenge and murder that stretches from Longboat Key to Southeast Asia. Matt is aided by his detective friend, J.D. Duncan, a character suggested by Griffin’s wife, Jean. “Jean thought I should write a strong female character,” Griffin says, “so I gave J.D. a lot of my wife’s attributes.” Fatal Decree (2012), has Matt and J.D. facing a serial killer who is murdering women on Longboat Key. Add to the mix Guatemalan gang members and Mexican drug cartels, and Matt and J.D. are in for the fight of their lives.

In Griffin’s latest release, Found (2013), Matt and J.D. investigate the mysterious murder of one elderly man and the disappearance of another. Joined by Matt’s friend, Jock Algren, a member of a shadowy government agency, they find their work complicated by a group of dangerous characters who threaten the peace and security of Longboat Key. Like Griffin’s other books, Found delves into the concepts of honor, friendship, and the obligations they entail. And it gives readers a fascinating story they’ll find hard to put down.

For more information, visit the author’s website at www.hterrellgriffin.com.
Posted by Jackie Minniti at 10:35 AM 4 comments: