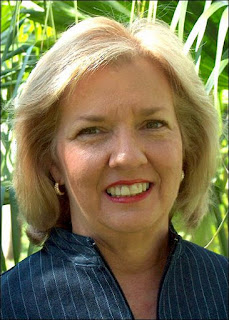 Native Floridian Lynn Sholes has always felt a connection with the past. As a member of the Broward County Archaeological Society, she became passionate about preserving ancient Indian sites that were in danger of going under the bulldozer. “When I worked at the gravesites, there would be remains of infants, old people with arthritis, young people who’d been cared for," she says. "These weren’t cavemen. They were people like us, with brains and feelings and loved ones. I wanted to make them real so that somebody would care.” Her passion for archaeology coupled with her lifelong love of writing inspired her to pen her first novel, Woman of the Mists. This touching tale of love and redemption in prehistoric Florida was the first in a series of six works of historical fiction Sholes wrote as Lynn Armistead McKee.


Sholes started writing in childhood. “As a kid, I wrote little plays and stories," she recalls. "In times of upheaval in my life, I always turned to writing as a way to deal with things. Writing has taken me through tough times. Some people run, some work out, some knit.  That’s their vent. Mine is writing.” After graduating from East Carolina University, she took a teaching job and eventually became a Language Arts trainer for Broward County elementary schools.  Currently she is the Elementary Writing Coach for the Citrus County school district.
About 12 years ago, Sholes read an article in Discover magazine that gave her an idea. The article told of an archeologist in Jerusalem who unearthed a cup that he thought might be the Holy Grail. The cup contained a brown residue that proved to be human blood, type O-negative (the universal donor). What if this was the blood of Christ? She discussed the idea with her writing critique group. After a year or so, when she still hadn’t attempted the project, a fellow member of the group, Joe Moore, suggested they write the story together. The result was The Grail Conspiracy, the first in a series of thriller novels with a historical twist featuring Cotten Stone, a young, ambitious reporter with a most unusual heritage that pits her against dark forces.  “We liked mixing an ancient artifact, cutting edge science, and spirituality,” Sholes says.
Writing with a co-author was a new experience for Sholes. “At first, our writing styles clashed," she explains. It took three years to get our voices to blend. We had to make sure there were no gaps in the story. We studied each other’s revisions until we got it right. Now we fill in each other’s gaps and make each other better.”  The Grail Conspiracy was followed by The Last Secret, The Hades Project, and The 731 Legacy.  The 731 Legacy, the tale of a bioterrorist out to bring America to its knees, is also the final installment in the Cotten Stone saga.
While it was difficult for Sholes to say goodbye to Cotten, she and Moore felt the need to stretch themselves creatively. Their most recent collaboration, The Phoenix Apostles, features a new main character – magazine journalist Seneca Hunt. The story begins with Hunt reporting on the opening of Montezuma's tomb in Mexico City when the dig team, led by her fiancé, learns that the remains of the Aztec emperor are missing. Within moments of the discovery, an apparent terrorist attack kills everyone at the site except Seneca, who barely escapes the carnage. Driven to find who is responsible, Seneca soon discovers that someone is stealing the remains of the most infamous mass murderers in history and plotting to slaughter millions in the name of an ancient cult. Seneca needs to prove that the threat really exists while trying to stay one step ahead of those who want her dead. The Phoenix Apostles was recently the Kindle #1 bestselling book in all categories.
Sholes and Moore also have a short story available for e-readers. "Bam! Just Like That!" is the tale of Charlie Burdick, a man accused of murdering his business partner. Burdick goes on the run, intent on tracking down the real killer. A chance meeting with a mysterious blonde in Alabama leads to a fast getaway that ends on a dark highway. The download includes the first 13 chapters of The Phoenix Apostles as an added bonus.
Sholes and Moore have becomes international bestselling authors with their novels translated into 24 languages. Although their books give the reader an edge-of-your-seat thrill ride, they also offer a strong message of spirituality and connectedness. “Science and spirituality are coming closer together,” Sholes explains. “One supports the other, if you’re open to it.”
For more information, visit her website at www.sholesmoore.com. 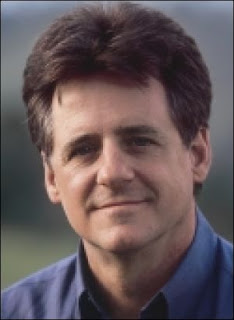 As a youngster growing up in Tallahassee, Jeff Shaara watched his father struggle with the disappointments and uncertainty of a writer’s life. While Michael Shaara enjoyed some critical success, commercial success eluded him. Even after his novel, The Killer Angels, was awarded the 1975 Pulitzer Prize for Literature, it seemed there was little public interest in a book about the Battle of Gettysburg. When a heart attack ended his father’s frustrating career, and his life, Jeff had already decided that he didn’t want to follow in his footsteps. He had instead gone into business, becoming a successful rare coins/precious metals dealer. But fate had something else in mind: a way to link father and son forever.
In 1993, the film Gettysburg was released. Based on The Killer Angels, it enjoyed the kind of success Michael Shaara had never known in his lifetime, driving The Killer Angels to #1 on the New York Times Bestseller List. Jeff was approached about finding someone to write a prequel/sequel to his father’s novel. Although he had no experience as a writer, Jeff decided to tackle the project himself. “I don’t know how it happened. As a kid, I was interested in the Civil War. I had the little toy soldiers, but history wasn’t my best subject. I hoped I learned from my dad how to be a good storyteller.” Two years later, Gods and Generals was published. To Jeff’s surprise, his prequel to The Killer Angels spent fifteen weeks as a New York Times bestseller. Encouraged, Jeff went on to pen a sequel, The Last Full Measure.
Since then, Jeff has gone on to publish eight more best-sellers. Although his books focus on military themes, he is quick to point out that “they aren’t just testosterone stories; they’re stories about characters, told honestly, the way I believe the historical characters would have told them.” Jeff is always mindful of the legacy his father left him. “I’m proud of what I do, but I never take it for granted. I know that my books are getting the attention, but my dad paid the dues.” Jeff’s novels are meticulously researched, requiring him to read up to seventy books before spending six months writing. He also visits historical sites to walk in the footsteps of his characters – something else he learned from his father. As a result, Jeff has become the self-described “poster child for battlefield preservation,” donating the royalties from his only non-fiction work, Jeff Shaara’s Civil War Battlefields, to organizations working to preserve these important landmarks.
Jeff’s most recent novel, The Final Storm, was published this past May, and was the fourth volume of Jeff's World War II series, covering the final months of the war in the Pacific.  The book was Jeff's tenth consecutive bestseller.  His next work, scheduled to be published spring of 2012 is titled A Blaze of Glory, and will be Jeff's first volume of a new trilogy that will take him back to the Civil War.  This first book will deal with the Battle of Shiloh.  Each of the three volumes will be published to coincide with the 150th anniversary of the event.  While his writing schedule allows little time for fishing (his favorite pastime), Jeff loves making history come alive for his readers. “If I’ve done my job, what I hope I’ve given you is a good story. And a good story will always have an audience.”

For more about Jeff Shaara, visit his website at http://www.jeffshaara.com/