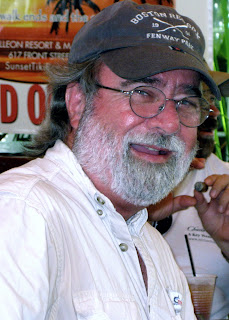 This month, Fabulous Florida Writers is pleased to welcome guest blogger Michael Haskins. Michael is the author of the Mick Murphy Key West Mysteries and was our featured writer on September 16, 2012.


Late last year, I applied to be a participant in the fourth annual University of Central Florida’s Book Festival. I submitted a copy of my recently published book, Car Wash Blues, and a bio and on December 10, 2012, I received an email from Sandra McCall that I had been accepted.

The first UCF Book Festival was held in 2010 at the UCF Arena, with Carl Hiaasen as its keynote speaker. There were 30 authors and about 2,000 people in attendance. The festival has grown to more than 60 authors and 3,500 attendees. This year, Lisa Scottoline was the keynote speaker.

When I drove into the hotel in Orlando, I wasn't sure what to expect at the conference. When I served on the Florida chapter of Mystery Writers Association’s board of directors, I saw what it took to put on SleuthFest and we’d been doing it for years.

For a relatively new event, the festival was well organized and events seemed to move along efficiently. With the number of activities, that was no easy job. The arena where the events took place was packed with vendors and sponsor displays, as well as author discussion groups.
It was evident upon entering the arena on Saturday morning, that this was a community event. The setup of the arena had a children’s zone with roaming book characters to keep the children’s attention as well as readings. There was also a zone set aside for young teens.

My first panel, “A Discussion on Journalism,” had fellow journalists-turned-writers, Bruce DeSilva, Eric Deggans, Jeffery Kunerth and me talking about how journalism helped or hindered our fiction/nonfiction writing. We all, in one way or another, still had a toe in the tepid waters of today’s journalism.

Black curtains separated our table from the arena and we faced the bleacher section. Far from what the seats are ordinarily used for – loud sporting event crowds – we were sectioned off into a small, intimate group. There were a number of sections throughout the arena. The mics worked and the audience was able to hear us. When it came to questions from the audience, the moderator brought her mic to them. Questions ranged from journalism to fiction writing. Both Deggans and Kunerth have published non-fiction books, while DeSilva and I have published mystery novels.

The arena was close to full when I arrived at 9:30 a.m. and it was nice to see so many people interested in books. When I looked at theprogram, I wondered how the college was going to fit so much into an eight-hour day. The Orange County Library had a table set up to help people file for library cards. The Stage 2 "Cooking Zone" featured culinary authors and included healthy foods to cupcakes. The cupcakes must have been good, because whenever I came by to taste one, they were gone. Johnny Magic of 106.7 FM hosted "Literary Jeopardy" from 1 – 2 p.m. to get donations of books for local schools.On another stage, Steve Barnes, NY Times bestseller, talked about yoga and ADD in children. Later in the day, he talked about screenwriting. Tananarive Due and Beverly Jenkins discussed black history.


I finally found my cupcakes in the children zone at 1:30 p.m. when the Yum! Yum! Cupcake Truck showed up for the read aloud that came with cupcake treats. I was too old to participate but the kids thought I was funny! For the kid in all of us, from 2 – 4 p.m., Star War characters roamed the arena for a read aloud, photo ops and book signings.

I think the success of the festival to get young children interested in books – be it by cupcakes or Star Wars – was admirable. I know that the wave of the future is reading on the computer or some other device, like Kindle, but I hope books hold out as long as I do. I remember a few years back going to my son’s English teacher and asking how Alex was able to get an A in reading when I’d never seen him open a book.The teacher explained that since the first grade Alex and the other students had been taught to read on the computer! Computers for every student, books for no one! I guess going without a cupcake makes me grumpy.

The festival had rooms off the arena set aside for panels. Bruce DeSilva and I had a final panel at 3 p.m. in the Gold Room. Robert Williams was our moderator and the panel was called "Mulligan, Murphy and Murder." Bruce and I had never met before, but we both belong to a small collective of writers and had emailed back and forth on projects. Another nice thing that most conferences offer is a chance for authors from different areas to meet. As it turns out, Bruce and I have a lot in common both personally and with our writing.We were both born outside of Boston. Both our characters are Irish, smoke cigars and like Irish whiskey and are involved in journalism. Bruce’s Mulligan is an active journalist while my Mick Murphy is a recovering, burned out journalist.

The one-day book fair came off well – even without cupcakes – and the university should be proud that it has been able to involve the greater community, not only college students. With its success, and as word spreads between writers, I can only see the event growing and possibly turning into a weekend event. Sometimes writers like me have our heads stuck in the genera of mystery, so when a book festival comes along and reminds us that there are book and books and books out there and that people read them – be it travel, history, cooking, poetry, or mysteries – it is a good thing.
Posted by Jackie Minniti at 1:08 PM 3 comments: 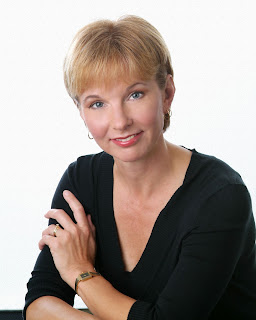 When Lisa Black graduated from John Carroll University with a political science degree, she never expected to wind up working in a morgue or becoming a bestselling author. But that’s exactly what fate had in store for this Cape Coral writer.

According to Black, “I didn’t think out my decision to major in political science.  I loved DC, and it just seemed like a good idea at the time.”  But after spending ten years working as a secretary, Black decided to go back to school to pursue a Bachelor’s degree in biology. She was subsequently hired as a forensic scientist for the coroner’s office in Cuyahoga County, Ohio, where she spent what she describes as “the happiest five years of my life” analyzing gunshot residue, DNA, fibers, blood and other forms of trace evidence on murder victims.  Then, 13 years ago, Black’s husband “got fed up with driving in Cleveland snow,” and the couple relocated to Florida, leaving family and friends behind. Black decided to take up writing to help get over her homesickness. After several tries, she landed a publisher for a mystery novel. Trace Evidence was published in 2005 under her real name, Elizabeth Becka.  A second novel, Unknown Means, followed in 2008.


After a change of publishers, Black began writing under a pseudonym. Takeover, published in 2008, introduces Theresa MacLean, a forensic scientist for the city of Cleveland. Black admits that she shares several traits with her protagonist. “Theresa MacLean is basically me, just a stronger, faster, smarter version. She isn’t a cop, so she uses inanimate clues to help solve mysteries.”  MacLean’s exploits continue in Evidence of Murder, a suspense novel based on one of Black’s real-life cases. In it, MacLean searches for clues to prove that a young woman’s apparent suicide actually involved foul play.  Publishers Weekly praised the book as a “fast-paced thriller…with a rip-roaring ending.”


The next novel in the MacLean series, Trail of Blood, is a fiction/true crime hybrid based on Cleveland’s infamous “Torso Killer,” a serial murderer who terrorized the city in the 1930s by decapitating and dismembering his victims. He was never caught. Trail of Blood has MacLean investigating the discoveries of the desiccated body of a long-dead police detective and a newly-murdered woman, both showing eerie similarities to the Torso Killer’s victims. Black moves seamlessly from past to present, merging two investigations into one page-turning thrill ride. Defensive Wounds, published in 2011, pits MacLean against a serial killer who targets defense attorneys.
Although she has a full-time job as a latent fingerprint analyst for the Cape Coral police department, Black has managed to finish her fifth MacLean novel. Blunt Impact, which hit bookstores on April 1, has MacLean investigating a series of murders surrounding the construction of a Cleveland skyscraper. The first to die is Samantha, a young, sexy concrete worker who is thrown from the 23rd floor. The only witness is her 11-year-old daughter Anna, nicknamed Ghost. Ghost will stop at nothing to find her mom's killer, and MacLean will stop at nothing to keep Ghost safe. Black has also entered the world of e-publishing with a Kindle e-book, The Prague Project, written under the name Beth Cheylan. In this stand-alone novel, a death in West Virginia sends FBI agent Ellie Gardner and NYPD counterterrorism lieutenant Michael Stewart on a chase across Europe as they track stolen nukes and lost Nazi gold, hoping to avert the deaths of millions of people.


Black describes her novels as “forensic suspense, a combination of police procedural and amateur sleuth.” She pulls from her personal experiences to give readers a feel for how forensics works in the real world. “I’d like them to know that it’s not always the pretty version you see on TV,” she explains.  “You don’t have to be young, single, sexy and angst-ridden to do a good job.”
Posted by Jackie Minniti at 2:11 PM No comments: