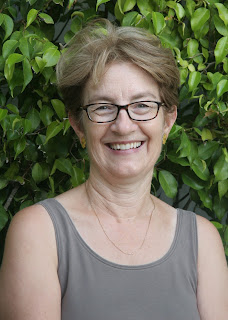 Start with a twenty-something food critic with a penchant for finding herself in hot water. Mix with the vibrant sights and sounds of the Florida Keys. Stir in a cast of characters as colorful as festival on Mallory Square, and you have the makings of the Key West Food Critic Mysteries, a delicious series of novels by Lucy Burdette (pseudonym for Key West writer Roberta Isleib.)

A New Jersey native, Isleib earned a Ph.D. in clinical psychology and spent 13 years in private practice. When she met her husband, a golf enthusiast, she became interested in the psychology of the game. “In most sports, there’s a lot of movement and not much time for mental examination. Not so in golf,” she says. She decided to use her observations to create a series of articles about the psychology of golf.

Isleib describes her transformation from sports psychology to fiction writing as “accidental.” “I was always a serious devourer of fiction, particularly mysteries, but I never thought I could write it,” she says. “In school, I’d heard people say that I was a good writer, so I felt I could write articles. But fiction evolved.” A friend suggested that she try writing a mystery, so she used her golf articles as the basis for Six Strokes Under, the story of Cassie Burdette, a young woman trying to break into the LGPA Tour. Four more Cassie Burdette Golf Mysteries followed: A Buried Lie (2003), Putt to Death (2004), Fairway to Heaven (2005), and Final Fore (2006).
.
Isleib’s next three books, Deadly Advice (2007), Preaching to the Corpse (2007) and Asking for Murder (2008) had a more psychological focus. These Advice Column Mysteries center on the exploits of Dr. Rebecca Butterman, a psychologist/advice columnist and amateur sleuth. Isleib did not find the crossover from psychology to mystery much of a stretch. “Writing mystery is a lot like psychology,” she explains. “You’re presented with a problem to solve, you sort through the clues, and at the end, you learn why the problem occurred.”

The Key West Food Critic Mysteries took Isleib in a new direction, so much so that she decided to write the books under a new name. “My editor suggested a pseudonym to differentiate the Food Critic Mysteries from the other two series,” she says. Isleib describes the books as “cozies, much lighter than the others,” and chose the name Lucy Burdette because it was her grandmother’s. The first book in the series, An Appetite for Murder (2012) introduced Hayley Snow, fledgling food critic for a Key West lifestyle magazine. When the magazine’s owner dies after eating a poisoned key lime pie, Hayley becomes a suspect and must find the real killer to prove her innocence. Isleib/Burdette admits that Hayley has “the same sense I had at 25 when I was trying to figure out what I was meant to do with my life.”

The sequel, Death in Four Courses, has Hayley implicated in the death of a superstar food critic. In the next book, Topped Chef, Hayley investigates the death of restaurant owner who was the recipient of her first negative review. Book four, Murder with Ganache, centers on Hayley’s attempt to clear her step-brother’s name when he becomes the prime suspect in a murder investigation.The fifth book, Death With All the Trimmings, celebrates Christmas in Key West with Hayley searching for an arsonist and a killer who has her in his sites. “There are so many neat things happening in Key West at Christmas,” Isleib says, “I thought it would be a great time for the setting.”

Fatal Reservations, the sixth book in the series, features one of Hayley Snow's dear friends in trouble--Lorenzo the tarot card reader. In April 2016, Killer Takeout was published, the last book contracted by NAL/Obisidian. "This book takes place at the craziest festival of the year in Key West, FantasyFest,” Isleib says. “I also threw in a hurricane. But it was a bittersweet book, as I thought it was the end of the series. I'm delighted to report that Crooked Lane Books has bought two more books, so Hayley Snow and gang will continue their adventures!"

Isleib enjoys introducing mystery lovers to the people of Key West and making readers feel like a part of that community. As an added bonus, Isleib ends each book with recipes for dishes mentioned in the story. “I get a kick out of people who say I’ve made them hungry, she says. “That’s fun too.”

For more about Roberta Isleib/Lucy Burdette, visit the author’s website at www.robertaisleib.com. 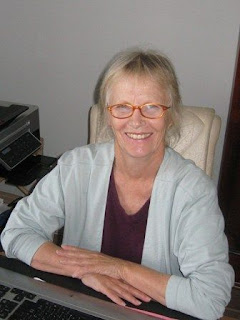 According to Joyce (jd) Daniels, “I didn’t choose writing. Writing chose me.” As a child growing up on her family’s Iowa farm/orchard, she loved listening to her mother read stories.  She was the one of her seven siblings who could always be found with a book in her hands. Her writing talent blossomed in elementary school where she won several awards.  As a young adult, she expressed herself through journaling. And even though she had to put her writing on hold for a while, she eventually became the author of an eclectic body of work that features strong female protagonists.

Daniels postponed her education after marrying and starting a family. “Life got in the way, and I didn’t return to writing until my mid-30s when my kids were older,” she says.  She then went on to earn her Bachelors, Masters and Doctor of Arts degrees from Drake University. Daniels received an Iowa Arts Grant for her first published work, The Old Wolf Lady, a biography of Jackie Day. Day, Daniels’ aunt, was one of the founders of the Council for Iowan Women. “I only got to know her as an adult,” Daniels recalls. “She was an advocate for Vietnam vets, very dynamic. She made a huge difference for women in Iowa.”

Daniels’ next book, Say Yes, a collection of poems,( many of which she wrote for her doctoral dissertation) topped the Cedar Rapid Gazette’s Bestseller List. This was followed by Minute of Darkness, a novella and collection of flash fiction set in Turkey where Daniels taught for a time. It tells the story of two women who share a dangerous past and become caught up in the ongoing civil unrest.

In 2010, Daniels bought a cottage in Matlacha, an artsy fishing town on Florida’s west coast.  “I relate to small town culture,” she says. “It’s similar whether it’s in Iowa or Florida.” Matlacha also proved to be the perfect setting for her first mystery.  Through Pelican Eyes introduces Jessie Murphy, a spunky redheaded artist Daniels describes as her alter-ego. “Jesse is part me, part my mom,” she says. “She’s the way I think my mom would have been if her life had been different. When I write from Jessie’s point of view, it’s like a visit from my mother. I feel like she’s looking over my shoulder, nudging me.” In Through Pelican Eyes, Jessie travels to Matlacha to join her amateur archaeologist boyfriend who is found dead under mysterious circumstances. Heartbroken, Jessie is determined to get at the truth, even if it means risking her life.

A non-fiction project about Florida crab fishermen became the inspiration for Daniels’ second mystery release. “I was fascinated by their stories but didn’t have enough material for a book,” she explains. Instead, she used the stories as the basis for A Quick Walk to Murder, her second Jessie Murphy mystery, where Jessie is enlisted by the locals to solve the murder of a crab fisherman’s son. The Pine Island Eagle praised the book as “A quick-paced murder mystery…a great summer read or winter read for snowbirds.”

In the next book in the series, Mayhem in Matlacha (released in January), Jessie is forced to deal with a stalker while investigating the murder of a church counselor. According to R.V.Reyes, author of Jewelers’ Mark—A Love & Diamond Mystery, “jd daniels` characters are eccentric and bold.  She paints a perfect picture of a sleepy little artsy village turned upside down by mayhem.” In Matlacha, Bert’s Pine Bay Gallery threw a grand celebration launch party, and the following week Daniels had a standing-room-only reading at CW Fudge.  Both businesses keep her novels on their shelves. She then signed books at Art Walk Night in Fort Myers at the Art for Acts Gallery. Two weeks later, along with other South West Florida PEN Women, she presented the book to an audience at Copperfish Bookstore in Punta Gorda.  She has also been invited by the Friends of the Pine Island Library to speak about her writing life on March 16th at noon. Mayhem in Matlacha was also featured and reviewed in the February/March Issue of Lee County’s Gated Community Magazine, “Community Lifestyles.” As the days unfold, Daniels will be signing books in several places around the state, including a fun Pine Island fundraiser, The Rubber Ducky Race.

Daniels has already completed seven chapters of Book Four, tentatively titled  A Natural Murder, in which Jesse tries to solve the poisoning of a businessman on a train traveling to Florida. Daniels hopes her books will entertain readers while giving them something to think about.  “All my writing is about a woman’s journey, how she survives against the odds and becomes assertive,” she says. “I went through a period in my life when I was a voiceless woman. But I’m not voiceless anymore.”

For more information or to arrange a visit to your book club, go to the author’s website at www.live-from-jd.com.