Lust, Love and the Lore Behind the Treasure Coast - A Guest Post by Joanna Campbell Slan 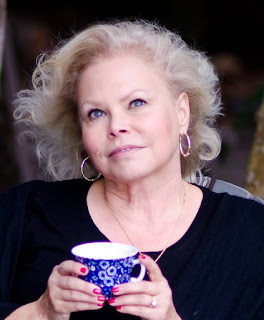 This month, Fabulous Florida Writers is pleased to welcome guest blogger Joanna Campbell Slan. A native Floridian, Joanna lives on Jupiter Island. She is the author and editor of 36 books, including the Cara Mia Delgatto Mystery Series which is set on the Treasure Coast of Florida. You can read Tear Down and Die, the first book in the series, absolutely free by going to https://dl.bookfunnel.com/ywpg4y6c26 Joanna loves speaking to book groups. You can contact her at JCSlan@JoannaSlan.com. Joanna was our featured writer on August 8, 2012.

“Women seemed more dangerous than men.” – Elizabeth Farnese, Termagent of Spain
The Treasure Coast is a name we owe to one man’s lust and one woman’s desire for power. I’m currently working on a new book—Cast Away: Book #4 in the Cara Mia Delgatto Mystery Series—and I’ve been doing a lot of research about how we came by that nickname.
In 1701, King Philip V of Spain married a twelve-year-old girl, Princess Maria Luisa of Savoy. The marriage was heavily promoted by Princesse des Ursins, a schemer of the first magnitude. Taking the young couple in hand, Ursins effectively became their nursemaid, assuming the title the Camarera mayor de Palacio, or chief of the household. In this role, she encouraged their total emotional and physical dependence. She awakened the royal couple in the morning and put them to bed at night. Having their trust and their attention at all times made her the most powerful person in all of Spain.
Under Ursins’ tutelage, Maria Luisa became much admired not only by the people of Spain, but also by the newly crowned king. Philip Vwas an exceedingly needy lover. Even as Maria Luisa lay dying of tuberculosis, he demanded his conjugal rights. After Maria Luisa’s death, the King missed her greatly. His Roman Catholic upbringing led the 31-year-old king to fear sex outside of marriage. He became desperate for a new wife to satisfy his sexual urges.
Courtiers recognized Maria Luisa’s death as an opportunity to unseat the chief of household. They convinced Ursins that Elizabeth of Parma would make a perfect spouse for Philip because she was young and sheltered, and therefore, she could be easily controlled.
After Elizabeth and Philip wed by proxy, Ursins quickly discovered she’d been tricked. Elizabeth was willful and had a temper on her. Immediately upon meeting the chief of household, Elizabeth sent the woman packing with only the gown on her back. Elizabeth then set about controlling Philip. Playing on his intense need for sexual congress, Elizabeth vowed that she would not consummate their union until she became the most richly adorned woman in all of Europe. She demanded a large “bride price,” a dowry of exquisite jewelry.
This was a problem for Philip. Spain and France were locked in an ongoing war, and the royal funds were nearly depleted. There was only one place that could supply the King with the gold and gems he needed to bribe his new wife, and that was the New World. Two separate fleets of Spanish ships were sent to Vera Cruz and Cartegena. There they spent three years collecting enough valuables to satisfy Elizabeth’s demands.
After joining up with an armada in Havana, the treasure ships and their military escort left the harbor on July 24, 1715. Eight chests carrying the Queen’s Jewels were locked in the cabin of a senior military officer. By all accounts, the bounty was fabulous. Among the items were an emerald ring weighing in at 74 carats, a heart designed from 130 matched pearls the size of marbles, a pair of pearl earrings, a gem-encrusted golden carriage pulled by a team of gilded silver horses, two jade hummingbirds with wings of emeralds and pearls, a jewel-studded golden pinecone, a ruby-and-diamond-studded golden crucifix, and two rosaries of pure coral. There were also ingots of pure silver and pure gold, as well as silk, ivory, porcelain, and a multitude of gold and silver coins.
On the 29th, the weather turned against the fleet. The galleons were pounded by wind and waves. Finally, at 2:30 in the morning of the 31st, the flagship hit the reefs and was torn apart. Other ships met the same fate. Two hundred and twenty-three men were battered to death by the rough seas. More than 700 went missing. The Queen’s Jewels were scattered up and down the eastern coast of Florida, giving us the fitting nickname of “The Treasure Coast.”
Although Mother Nature was merciless, Elizabeth Farnese was not. She consummated her union with King Philip V of Spain. The king and queen went on to have six children.