The Circle of Truth - A Guest Post by Victoria Allman 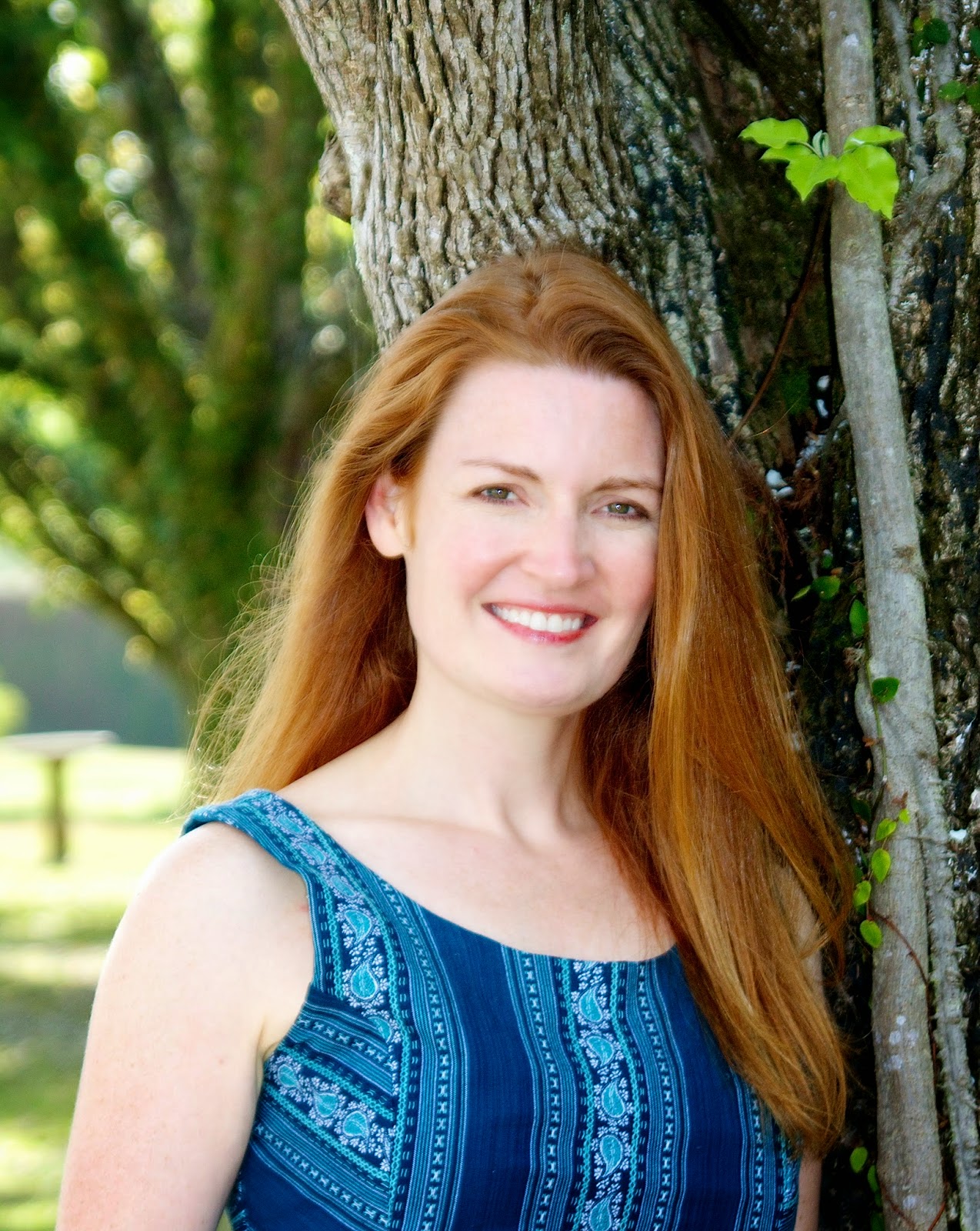 This month, Fabulous Florida Writers is pleased to welcome guest blogger Victoria Allman.  Victoria has been following her stomach around the globe for fifteen years as a yacht chef. Her two non-fiction books, Sea Fare: A Chef's Journey Across the Ocean and SEASoned: A Chef's Journey with Her Captain, won First Place for Travel in the Royal Palm Literary Awards, and her essays on travel and food have appeared in Dockwalk Magazine and Marina Life Magazine. Wander is her first work of  fiction. Victoria was our featured writer on July 5, 2013.

When I was ten years old, I copied down the words to Elton John’s I’m Still Standing and told my mother I’d written it. Of course it was a lie, but for about a day and a half she believed me. She praised me, spoke of how gifted I was, how creative. In fact, she was so proud, she bragged to her friends about me, showing off the lyrics I’d copied. Apparently, her friends listened to the radio more than she did and it took about thirty seconds before I was busted.

It was the first and last time I’d written a lie…until recently.

My punishment had been so severe that in fear of getting in trouble again, I stuck with non-fiction. Inherently, non-fiction is the truth. It is something that can be verified and checked.  It is based on real life, facts, and events. That was something I could write about. Real life for me was being a yacht chef and traveling the world’s oceans. I wrote about the food I found in different ports, life on the boat, descriptions of places, and the people I met.

But, through my first two books, I found this sticking to the truth restricting. I was tied to what actually happened, when exactly it happened, and where it all took place, which meant I had little room for creativity. I was terrified a man I’d met once, ten years earlier, would recognize what I wrote and call me out for saying he wore a red sweater when really it was more of a burgundy color.

One day, while I was diving in the Virgin Islands, I envisioned finding sunken treasure, but I couldn’t add that into the memoirs and travel adventures as I had never actually found treasure and remembered the early penalty for lying. So, I turned to fiction and started writing a novel set on a boat traveling from Savannah to the Virgin Islands. I invented characters, I dreamed up bad guys, I imagined boat chases – I was lying again.

Wander starts in Savannah, Georgia with Kevyn Morgan, an antique restorer, finding out the father she thought had died thirty years ago was really alive and living in the Caribbean searching for sunken treasure. Longing for answers, Kevyn sails her sailboat down to Ft. Lauderdale, Key West, the Turks and Caicos, and the Virgin Islands to find the father she never knew.

The funny thing was it wasn’t all made up. I was writing about places I’d been and putting the characters in real buildings and restaurants. I was describing the smell of the ocean at midnight, the color of the orchid blooming on a palm tree, and the view from the bow of the boat. There was a truth to my descriptions, a sense of place that I hoped would have the reader trusting that I knew of where I wrote. I realized I was using the techniques of nonfiction in my made-up story.

The essence of non-fiction must be present in good fiction. The reader must feel like the tale could actually be true, that it might be something that could happen to them. It is this sense of place that has catapulted great stories into ones that have stood the test of time and become classics.

In Gone With the Wind Margaret Mitchell’s words transport you to Georgia and make you feel like you are in the Old South. Mitchell was from Atlanta and wrote of what she knew. You can envision the landscape in her words. It is this sense of place, this truth about where she is writing that made Gone With the Wind one of the most famous books from the South.

Can you imagine Steinbeck’s East of Eden set in New York or Hemmingway’s To Have and Have Not in Oklahoma? No, because it is the authentic feel of the setting that adds to the story.

Here in Florida, we have such a sense of place our fiction authors need to capture the feel of the oppressive heat of August or the buzz of Miami in their writing. If they don’t, the story will fall flat and the reader will be left disappointed. Writers like Carl Hiaasen, John D. MacDonald, and Elmore Leonard know this and have captured the feel of the state in what they write.

It is this combining of the two sides of writing that makes for great storytelling. Now, I’m not saying if I write a murder scene I am going to go out and practice just to get the right feel. That will be the fiction part coming through, but I am excited to explore the ability to lie and make up stories with the real world places and flavor that I learned from my years of writing about travel on a yacht.


My writing has come full circle. Now I lie and tell the truth.


For more about Victoria's life as a yacht chef, visit her web-site at www.victoriaallman.com. 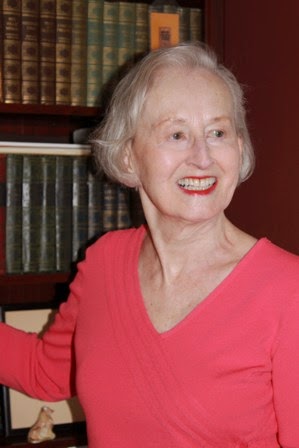 She leads a life of crime but has never been jailed.  Meet Jean Harrington, author of the Murders by Design Mysteries, a series of novels with the unlikely combination of mystery, murder, and – interior design.

Harrington, a native of Rhode Island, has always been interested in writing. She spent 17 years as a professor of writing and literature at Becker College in Massachusetts. Although she enjoyed teaching, she always longed to be a full-time writer. So when her three children were grown, Harrington moved to Naples, Florida (a place she calls “Paradise”) and decided to pursue her dream. She penned three novels she describes as “learning experiences” before publishing The Barefoot Queen, a historical romance set in 17th century Ireland. This was followed by a sequel, In the Lion’s Mouth, which follows protagonist Grace O”Malley to the shores of North America. “In these two books, I use the voice of my mother-in-law,” Harrington explains. “She was from County Cork, and of all aspects of the books, I’m proudest of that Irish voice.”

Looking for a change of pace, Harrington decided to try something more modern. “I wanted to create a heroine who was as sassy and witty as Grace O'Malley, but with a 21st century take on life,” she says. Enter Deva Dunne, a witty interior designer and amateur sleuth. While Harrington admits she has never been an interior designer (or a criminal, for that matter), she is inspired by her daughter’s interior design business, a connection that infuses her stories with a sense of realism.  “Many of the phrases that come out of Deva’s mouth come directly from marathon phone calls with my daughter,” she says.  “I get the interior scenes from her as well.  If my stories have authenticity, that’s where it comes from.”

Designed for Death, the first of Harrington’s Murder by Design mysteries, has Deva in an upscale beach condo, following a trail of blood on a white carpet. When the trail leads to the strangled body of her client, Deva looks for the culprit and soon realizes that the murderer has designs on her. Designed for Death was followed by The Monet Murders, where Deva stumbles upon a missing Monet and a murdered cook and becomes one of the suspects in the crime.

In the third book of the series, Killer Kitchens, all the murders take place in kitchens.  “The story starts with a bang,” Harrington says. “It was inspired by a restaurant explosion in Naples.” The fourth Deva Dunn mystery, Rooms to Die For, has Deva investigating the apparent suicide of the owner of her favorite antique shop.

In Harrington’s latest entry, The Design Is Murder (scheduled for release as an e-book on November 17), Deva is thrilled to snag two high-end clients until she learns that both men are vying for the affection of the same woman.  When the woman ends up in the bottom of a swimming pool, Deva becomes suspicious. Did her ex or her current lover kill her? Or neither one?  Then there’s the possibility that her death was an accident, though Deva doesn’t think so. The answer is revealed in the exciting final chapters of The Design Is Murder, where with the help of Charlotte, a five-pound Maltese puppy, Deva brings the villain to justice kicking and screaming all the way.

Harrington hopes her readers will enjoy following Deva as she romps through town creating beautiful homes and solving one crime after another. “My books are for fun, for the reader to take to the beach or an easy chair and enjoy figuring out who dunnit,” she says. She believes what Woody Allen famously said is true:  "A writer’s job is to entertain.  If at the same time, a writer says something meaningful about life and death, those are, in many ways, happy accidents."

For more information, visit the author’s website at ww.jeanharrington.com or go to www.amazon.com/Design-Murder-Murders-ebook/dp/B00M6G8MWY/ref=sr_1_4?ie=UTF8&qid=1413573355&sr=8-4&keywords=jean+harrington