Dorothy Francis - Cozy Up With a Good Mystery 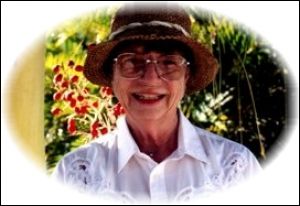 Dorothy Francis is a woman who loves entertaining others. After earning a Bachelor of Music degree from the University of Kansas, she got a gig playing trumpet in an all-girl band. But as much as she enjoyed performing, life on the road was too much of a strain. So she took a more conventional job as a music teacher, married a jazz saxophonist, and started a family. Although she relished her new role as wife and mother, she missed the thrill of wowing an audience. An article in Writer Magazine inspired her to try her hand at writing, and when a publisher accepted some of her stories, Francis set out to entertain a new audience – the reading public.
Francis’s first foray into the world of novel writing was a series of children’s books: five animal adventures set in the Florida Keys (her adopted home), a seven- book mystery series featuring a boy named Cody Smith, and five stand-alone novels.  These books are close to her heart because “they touch people and give them something to think about.” But when readers began asking Francis when she would write something for “big people,” Francis decided to give it a try. Since she loved reading mysteries and had written several for children, she began working on a mystery novel for adults. Conch Shell Murder (2003) established Francis as a serious contributor to the Florida Mystery genre. This tale of the murder of a wealthy Key West matron was praised as “a classic whodunit filled with mystery and suspense, all set against the tropical backdrop of the Florida Keys.” (Crime Scene Magazine) It was followed by two more mystery novels: Pier Pressure and Cold Case Killer. Her latest release, Eden Palms Murder, tells the story of an aspiring singer/songwriter trying to solve the murder of her friend and mentor. Booklist calls it “an enjoyable page-turner with quite appealing and realistic characters and a well-delivered social message.”  (Note: For you e-book readers, these four titles are available in Amazon Kindle format.)

Francis describes her novels as “cozies,” a type of mystery where, if anything horrible happens, it does so offstage. “Cozies have no obscene language and no graphic sex or violence,” she explains. They rely instead on a strong story and good characterization. Francis enjoys writing mysteries because they feature “a tug of war between good and evil where the good guy always wins.” Her next novel, Killer in Control, is no exception. “The story defines the sociopath and tells how to avoid them,” Francis says. “My research revealed that 25 percent of people are born without consciences. Not all are killers, but they’re the type that will do you in in the workplace.” Killer in Control is scheduled for publication this summer.

Francis finds inspiration for characters and stories all around her. A self-described “people-watcher,” she gets ideas from looking at others and trying to guess what they’re doing or where they’re going. She even finds it fun to wait in an airport or a grocery checkout line. And this born entertainer doesn’t plan to run out of ideas any time soon. “The Fat Lady hasn’t begun to sing yet,” she says. “I don’t even hear her clearing her throat.”
For more about Dorothy Francis, visit her official website at www.dorothyfrancis.com.

Next: Enid Shomer - On the Wings of Words
Posted by Jackie Minniti at 6:08 PM 2 comments: