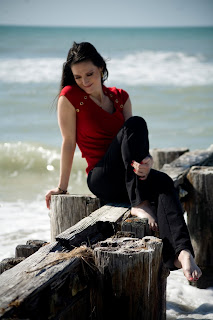 This month, Fabulous Florida Writers is pleased to welcome guest blogger Tina Wainscott. Tina is the USA Today bestselling author of over thirty books with romantic thrills and suspenseful chills. In her Random House FALLING series, each couple must overcome rocky pasts to find love. In her JUSTISS ALLIANCE series, five Navy SEALs take the fall for a covert mission gone wrong and join a private agency that exacts justice outside the law. As Jaime Rush, Tina is the author of the HIDDEN series, featuring humans with the essence of dragons, angels, and magic, and the award-winning OFFSPRING series, about psychic abilities and government conspiracies. Her books have garnered several awards, including The Golden Heart (Romance Writer’s of America) and the Maggie (Georgia Romance Writers), RT Book Club reviewer’s choice, as well as Top Pick reviews from RT Book Club. She was nominated for RT Book Club Career Achievement award. Tina was our featured writer on April 12, 2012.

I am a true Florida Cracker, having been born in Naples. Florida offers a diverse palette of landscapes for the writer. I’ve set books in Labelle (Shades of Heaven/Stranger in the Mirror), Naples and Goodland (A Trick of the Light), and Miami (my Jaime Rush Hidden series). My Justiss Alliance series is headquartered in Miami, but the stories play out all over. Now You See Me/Blindsight was set in Sarasota. I'll Be Watching You was set in the Everglades. My brand new series for Random House is set in a fictional version of Port St. Joe, in the Panhandle (Falling Fast, Falling Hard).

I often fictionalize real towns because my story requires certain details that don’t exist, like a river running through it. Or I have corrupt law enforcement and don’t want to, er, make anyone mad.

I love paying homage to my home state, but setting isn’t always a simple thing. Some stories don’t come to me with a setting, other than perhaps a general mid-sized town or a city. That can be difficult, because my muse has no direction. I have to dig deeper to find some sense of where it should be set.

Sometimes, like in my Falling series,  I “see” a specific setting. In this case, beaches that were rocky, so not as touristy. A smaller sort of town, with older buildings, and no glitz or glam. I love when this happens because I “know” where it’s set. Well, sort of. I still need a geography, which in turn affects weather and other setting details. I tried to recall Gulf-side towns I’d been in that looked like this. The one I was thinking would work turned out to be mid-state, no beaches in sight. Nothing came to mind. So I trolled Google Maps, looking for the topography and town size I needed. I wish I’d had the time to physically drive, but alas, time is tight these days. So I “Google” drove, zooming in and out of various towns until found what I was looking for way up by Panama City Beach. I then spent a lot of time zooming, mapping out that town, and reading the city’s website.

It’s great to have a jumping off point, using the real town’s structure as a foundation. It’s also nice to have the freedom to make it the way I want. One peculiarity I used was a piece of road that is blocked off and abandoned. I found pictures of it, but no explanation as to why. So I made one up! And I used it as a place where local teens used to illegally race cars on hot summer nights, which plays into several of my characters’ backgrounds and one tragedy.

Years ago, I was searching for a town in Georgia in which to set my suspense novel, Unforgivable. I knew it was a small town with lots of woods—the northern type of woods, with oaks and elms and maples that give complete shade and a true forest floor. I used Google Maps to find a town that wasn’t far off I-75, so that when I went on my summer foray to the North Carolina mountains, I could hop off and explore. By then, I’d written the first draft of the book. This was before the street view feature, so I had no real sense of the town. As I drove around Clinton, I was shocked to see that it was exactly as I’d imagined it! Even the spooky/cool cemetery!

I had the same type of experience in Boston, but in that case I had use of the street view function. I virtually tracked my characters’ steps as they passed a Polish deli and walked to their condo. Since I found a condo for sale, I had the advantage of using a real home, complete with room layouts and building information. So when I was able to physically walk those streets a year later, I felt as though I’d actually been there! I even ate at the deli!

It’s always better to visit the places where we set our books, but we live in a virtual world where we have the option of connecting with residents, walking the streets, reading blogs, and seeing the inside of the homes where our characters “live.” It’s my job as a writer to allow you, the reader, to live there, too. To see, feel, smell, and touch it. No matter where we live, we all love to escape … and that’s what fiction is all about.

For more information, visit the author's websites: www.TinaWainscott.com and www.jamierush.com.
Posted by Jackie Minniti at 11:33 AM 1 comment: