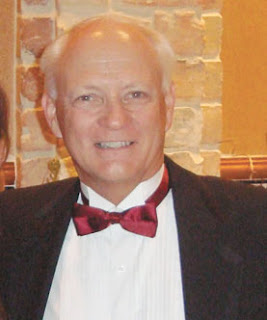 When Robert Jay was telling stories to his children, he had no way of knowing that his tales would someday inspire an award-winning series of novels. But that is what happened to this businessman-turned-writer. Jay is the author of the “Montooth” books, a series based on the exploits of a group of Florida teens growing up in the 1950s. These crossover novels give readers, young and old alike, a slice of life during a time when values and lifestyles were very different.

Jay, an Indiana native, spent his career as a businessman, but that did not stop him from telling stories. “I was in charge of writing a company newsletter,” he recalls. “I always included some fiction to make it interesting.” His creative side also showed itself when he read fairytales to his children. “I’d take a story and tell it in different ways, changing it as I went along,” he says. Unbeknownst to him, one of these tales would form the basis for his first full-length novel.

When his daughter was 11 years old, Jay, who was in Germany on business, found a unique way to tell her a bedtime story.  He wrote a fable about an alligator named Montooth and sent her a chapter every day. Years later, he discovered that she had kept them all.  She encouraged him to write a book based on the story, and he finally agreed.  Jay had developed a keen interest in the Cuban Revolution after hearing about it from a Cuban co-worker. “I started thinking about how I could incorporate the fable into the Cuban Revolution,” he says. The result was Montooth and the Canfield Witch.

Montooth and the Canfield Witch started out as a novel for adults. “I wanted to begin the story with the characters as teenagers so they could be in their twenties by the time of the revolution,” he explains, “and because I wanted it to be something I could share with my daughter, I didn’t want to include anything inappropriate.” When the book was published, Jay was surprised to find that teens comprised a large segment of his reading audience. The story centers around the adventures of Carty Andersson, the feisty teenage heroine, and her four-man “Crew.” Jay wanted a strong female protagonist and admits that he was influenced by his daughter. According to Jay, “She’s like Carty in many ways. They both have strong personalities.” Jay also notes that his characters have a baseball connection. “I’m a Cleveland Indians fan,” he says. “The first names of all the good characters are the last names of Indians players. The first names of the bad guys are the last names of Yankees.”

In Montooth and the Canfield Witch, what starts out as a school science project leads the Crew into a page-turning adventure involving a mysterious female hermit, a group of unscrupulous treasure seekers, and a diabolical Cuban who will destroy anyone who gets in his way. The book has earned three medals from Virginia's Young Voices Foundation for excellence in literature in the following categories: Adult Fiction, Juvenile/Young Adult Fiction, and Mystery/Suspense Young Adult Fiction.  It has also earned the Royal Palm Literary Award for Historical Fiction from the Florida Writers Association.

Book Three, Red Cross of Gold, is the latest installment. It follows Carty and her friends to Purdue University where Carty becomes a suspect in a professor’s murder. Carty and the Crew learn valuable lessons in this next stage of their lives, discovering that the bonds of friendship can transcend both distance and ideology. The Crew also learns, however, that virtue may not always win out. As with the first two books in the series, Red Cross of Gold is a multi-award winner, receiving the Eric Hoffer Award and the New England Book Festival Book Award for Young Adult Genre. The three novels are cleverly linked together by the Montooth fable

Jay’s latest release is somewhat of a departure from his Montooth series but is still based on a Montooth story. Explaining ObamaCare to Kids: The Legend of Montooth and the Dillos originally appeared as a small part in one of the Montooth novels, but Jay has transformed it into a classic children's fable with what he calls” homage to Aesop, Lewis Carroll, and Hans Christian Andersen.”  Like Jay's signature fables, it uses a variety of animals to explain life values. Young readers will relate to the characters and will easily recognize the morals of the story as Montooth, and his friends work together to fight for what is right in a society much like our own. Parents will have the opportunity to connect the story to modern world developments, including the establishment of ObamaCare. The book has been awarded the Pinnacle Book Achievement Award for Juvenile Fiction and the Global E-book Award for Best Website Design.

Jay hopes his novels will resonate with teens as well as their parents and grandparents. “I wanted Carty to be a spokesperson for the values of the 1950s,” he says. “I want to show teens that you can be rewarded for the good things you do – for being a positive force in life.”