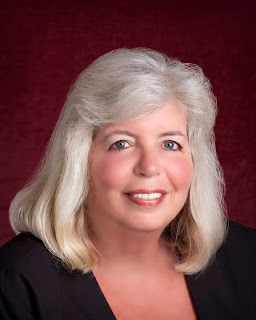 This month, Fabulous Florida Writers is pleased to welcome guest blogger Diane Madsen. Diane is the author of the DD McGil Literati Mysteries, a series of novels that link true incidents in the histories of famous authors with current-day mysteries. She was our featured author on June 26, 2012.

Once your book is published and on the shelves, you go on to the next one.  But sometimes one of your books rears up and takes you places you never envisioned.  That’s what happened to me after Hunting for Hemingway, my second DD McGil Literati Mystery, was published.  The extensive research I did for the book really paid off in unexpected fashion.  It took me to Cuba.
I lived in  Hemingway’s boyhood hometown of Oak Park for 24 years, and was also an English Major (eeekk),  so the forces of the universe undoubtedly dictated some interest on my part in Ernest Hemingway and fueled my research.  Parts of that research involved Hemingway’s Corona #3 typewriter - the one his first wife, Hadley Richardson, gave him as a present on his 22nd birthday.  After finishing my mystery novel, I wrote an article on the importance of that Corona typewriter and the importance of typing itself to Hemingway’s career as a young journalist and fiction writer.  That article was published in the Spring 2013 issue of The Hemingway Review, and the Review kindly chose a photo of a Corona #3 for the cover!

As a result, I was asked to speak at the International Hemingway Colloquium, held in Havana, Cuba last June.  I realized that my mystery novel had been the trigger (as we crime novelists say) that impelled this adventure into action.
Hemingway, who spent almost 20 years in Cuba, loved the island and its people.  When he won the Nobel Prize in 1954 for The Old Man and the Sea, he dedicated it to the fishermen of Cojimar and to the Cuban people.  The medal is housed at the El Cobre Sanctuary, located just outside Santiago de Cuba.  It was stolen in the 1980s, but Castro put out a notice warning the thief to return the medal within 72 hours or face the consequences. It was returned but is no longer on display.


I did find that Cuba has 2 different pesos minted in Hemingway's honor – one a portrait and another a fishing scene with him aboard his boat, the Pilar.  All the Cubans we met on the street knew about Hemingway and expressed excitement to meet people from all over the world at the Colloquium.
Hemingway’s former home, the Finca Vigia (Lookout Farm), is now a museum, maintained for the past 53 years just as it was in 1960 when Hemingway left for the States, never to return. The Finca, with the help and cooperation from various organizations, had gotten some needed repairs, and on my visit, it was in wonderful condition.  It looked as if Hemingway had just left to go have one of his favorite Papa Doble rum drinks down at La Floridita. For all of you who live as I do in South Florida and know all too well the ravages that just one summer in our tropical climate can do to a property, this was great news to me.  The staff was very knowledgeable and it was obvious they enjoy caring for this property that reflects so much of Hemingway’s personality. I encourage you not to miss visiting this living museum if you get the opportunity.

On a private tour of the Finca with Director Ada Rosa Alfonso Rosales, I was able to see up close and personal how Hemingway lived his life in Cuba and examine what treasures he left.  The first thing I noticed was what a prolific reader he was.  There were some 9,000 books scattered throughout the beautiful house.  He only had a few mysteries that I knew of – Sherlock Holmes, Agatha Christie, John Dickson Carr and Isaac Dinesen – all recorded in the packing slips of cartons he shipped to Cuba from Key West in 1940. 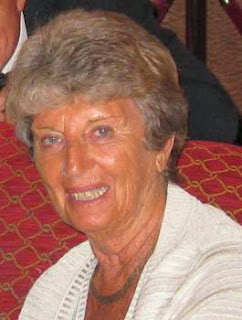 It started with a cryptic inscription in an old book.

As a child visiting her grandparents in London’s East End during World War II, Bradenton writer Patricia Friedberg has vivid memories of that tumultuous era. She recalls experiencing Nazi air raids during the blitz and seeing her grandmother’s house in Aldgate reduced to rubble. But what stands out most in retrospect is the courage of the Londoners as they faced danger with endurance and determination.

Friedberg seems to have inherited some of that courageous spirit. In 1964, she accompanied her physician husband to the Rhodesias (now Zambia/Zimbabwe).  Having studied at The London School of Journalism, she wrote newspaper articles and documentaries for Rhodesian television. After several years, however, the growing civil unrest forced her family to leave Southern Africa for the safety of America. Moving to Milwaukee, Friedberg attended Marquette University,  wrote newspaper columns, and hosted “People of the Book,” a PBS talk show.


While visiting her mother in London after her father died, Friedberg  came across a book she recalled seeing as a child. It was a 1934 original copy of A Frenchman in Khaki, a memoir by the French impressionist Paul Maze recounting his experiences as a field artist during WWI.  On the title page, written in Maze’s hand, were these words: “To Mrs. Simon: Whose help and devotion was a factor in writing this book which the author will never forget. In memory of the days when she entered my room with that refreshing smile of hers that led to her present happiness.”  Friedberg asked her mother about the book, and a fascinating story emerged.
Friedberg learned that her mother, a young woman from a working-class Jewish family in London, had been employed by Maze to help him write his memoir. Despite the differences in social class and culture, the two forged an intimate friendship.  “My mother lived to be almost 100,” Friedberg says. “She began talking more about her past after my father died, and later told my sister she had a secret she would take to her grave. Between her stories and my memories, I knew I had a story.”

That story eventually became a screenplay titled 21 Aldgate which is being considered for a TV mini-series. Friedberg then decided to rewrite 21 Aldgate as a novel.  Writing the book was a unique experience for her. “It was difficult to stay outside the story and not see the main character as my mother,” she says, “but I enjoyed bringing to life the people I once knew.”

21 Aldgate is a tribute to the brave civilians caught in the Blitz. It is also a fascinating tale of love, endurance, and family. At its heart, however, 21 Aldgate is an indictment of the senselessness of war. “I found a photo taken in 1914 of my mother’s brother fighting in Mesopotamia in WW I,” Friedberg says. “It was almost identical to a recent picture of my grandson stationed in Iraq. Here we are, all these years later, still fighting that same bloody war. Having lived through World War II and the war in Rhodesia, I strongly believe we should think before deciding war is the only answer to far-off conflicts.”


Friedberg has recently completed a memoir titled Letters from Wankie: A Place in Colonial Africa. Based on letters she’d written to her parents, the book chronicles Friedberg’s experiences while living in Rhodesia. “In a drawer in my mother’s dressing table I came across a bundle of blue air letters tied with a yellow ribbon.  I recognized them at once – they were letters I’d sent from Rhodesia,” she recalls. “My mother had kept each and every one of them – over five hundred – each depicting daily life in a hotter than hell colliery town on the outskirts of a game reserve.”
After Friedberg and her husband were married, the couple spent a few months living in Johannesburg but decided that living under apartheid law was not something they could tolerate. They then moved to Wankie, a town in Southern Rhodesia, where Friedberg took a job as Clerk of the Court in what was known as the Native Commissioner’s Office.  It was here that she penned the letters to her parents which served as the inspiration for Letters from Wankie. “I realized on reading those letters they were documents of a time long gone,” Friedberg explains.  “They give a firsthand account, written by a twenty- year-old naïve young woman seconded into history without knowing she was to become part of a period often despised and rarely appreciated.”


History can come alive when viewed through the eyes of people who experienced it. Patricia Friedberg’s books are proof of this, helping readers to relive the past and, hopefully, learn from it.


For more information, visit the author’s website at www.21aldgate.com.