From Bud to Bloom : The Growth of a Story - A Guest Post by Lynn Sholes 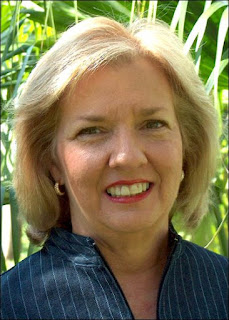 This month, Fabulous Florida Writers is pleased to welcome guest blogger Lynn Sholes. Sholes was our featured writer on October 24, 2011. She has written six novels and is the award-winning co-author with Joe Moore of nine thrillers which have been translated into 24 languages. Her latest book, Brain Trust, was released in November.

Sometimes stories wobble around in a writer’s mind for a long time before anything appears on paper or the computer. The concept or notion may be there, but it often needs to ferment before it becomes full-bodied. The idea for Brain Trust arrived in just that way—and quite a long time ago.

Many years ago, I came across a business magazine article about a well-known pharmaceutical company that had purchased a small biotech company. At the time, genetic engineering was breaking out of the sci-fi realm and into reality. The article slammed the CEO for spending millions to acquire the small biotech company. Critics accused him of risking the giant pharmaceutical’s financial soundness by making the purchase with no prospect of the biotech operation making any money in the near future.

From that article bloomed the first bud of an idea, but I didn’t yet know what to do with it. I tore the article out and filed it inside in a folder with other “buds” I’d collected. Weeks or months later, I came across another piece about a political candidate and his brain trust; the term used for his group of advisors. My mind made a giant leap that somehow made a creative connection between the big pharma editorial and the term brain trust. They seemed to click together like Legos to start forming a story, the what ifs flitting around. What if a big pharmaceutical house was about to lose its lead in the industry, and the CEO was a maverick and unprincipled visionary who recognized that the future was in biotech pharmaceuticals? And what if he was desperate enough to use that little genetics company to work on an unscrupulous and dangerous project involving the brain that would infuse fresh green blood into his floundering major pharmaceutical company?

That idea tumbled around in my noggin for years. I had a lot of starts and stops. The beginning changed at least five times, maybe more. The main character waffled between male and female as did the occupation and vocation. The scene that launched the story into action was like a chameleon. I kept asking myself whose story is this—the one who discovered the illegal and deadly project, or one of the victims. I was deadlocked because Brain Trust was a single story but there were two strong angles and two powerful points of view. I’d hit a wall.

Still intrigued, I interviewed a university professor of molecular genetics and took a tour of the lab. I had a general idea of what I wanted to happen, but I needed an expert to help me make it plausible. He came up with solutions. And that’s when I scribbled much of the first draft. But then, another project and deadline interfered, and Brain Trust was scrubbed and caged in a folder in my file cabinet.

As time passed, I finally had a break in my writing schedule and pulled out the old outline, notes, and the unfinished draft. I wanted to pursue this novel, but Brain Trust had to be brought up to date if it was going to fly. Meanwhile, I had teamed up with Joe Moore co-writing thrillers. We’d already published eight books together. I asked him if he’d help breathe life into this story I’d started way back when. Joe is stupendous at action and adventure, so I knew he could really punch it up a notch. Both of us struggled with the ancient question of whose story this was. Finally, we went out on a limb and wrote the new version in two points of view. That can be dangerous, but we gave it a shot.

Brain Trust follows Dr. Brian Wheeler, a molecular geneticist who works for a leading pharmaceutical house. He is young and eager and is tempted by the power and money offered him when he becomes a member of “the special team,” that does off-the-books work in the biotech lab. But when a woman dies during a procedure he performs on her, he begins to doubt this is where he belongs. When he decides to excuse himself from the project, he becomes a hunted man. Brian Wheeler is on the run for his life while trying to uncover the details and proof of the secret project he was working on.

Maggie Hayden is a recently widowed wife and the mother of a brilliant son. When she is about to lose everything, she is lured into the big pharma’s web by being offered a lucrative job with unbelievable perks and a superlative education for her son at their progressive school for gifted children. It doesn’t take long for her to suspect something is very wrong. When she sees disturbing signs in her son, she sets out to find out exactly what is going on.

Joe and I had narrowed the story down to this:
Brian Wheeler knows their secret. They want him dead.
Maggie Hayden has her son. They want his brain.

Brain Trust ricochets between two people, Brian Wheeler and Maggie Hayden, who don’t know each other until their lives collide trying to stop the diabolical project, BRAIN TRUST.

As a funny aside, in the first draft, Brian Wheeler was named Brian Thatcher. His love interest was Becca Windsor—Thatcher and Becca! An agent got a good chuckle—Becky Thatcher was Tom Sawyer’s girlfriend. We had to give someone a new name. It turned out that Dr. Brian Thatcher became Dr. Brian Wheeler. I still think I like Thatcher better.

For more information, visit the author's website at www.sholesmoore.blogspot.com or her Facebook page at www.facebook.com/SholesandMoore.
Posted by Jackie Minniti at 6:58 PM 4 comments: 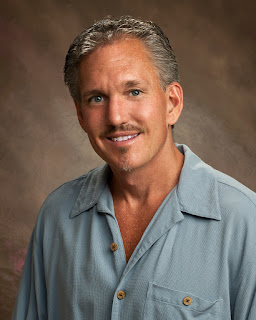 What do an alcoholic American with self-help issues, a clan of feuding gypsies, a German delinquent with his own catch phrase, a Welsh hustler with a penchant for one-upsmanship, and a foul-mouthed manic-depressive ex-writer who morphs into an eloquent intellectual after a few drinks have in common? They are all part of the zany crew of misfits who people “Lost in Spain,” a collection of humorous essays by St. Pete Beach writer Scott Oglesby. Not for the easily offended, this edgy, off-beat book will take readers down the rabbit hole to a part of Spain that won’t appear in any Michelin Guide.

Oglesby moved to Florida from Pittsburgh in 2005, wanting to make a fresh start. “I find the transient nature of Florida fascinating,” Oglesby says. “You get to meet a lot of people from different places, and they all have stories.” He married his wife, Karen, in 2007, and the couple moved to Spain in 2008. Three years later, they returned to St. Pete Beach with a treasure trove of stories about their experiences in the small Spanish town of Javaron.

An only child who “lived in my own head a lot,” Oglesby turned to writing.  He took a few creative writing and grammar courses while attending the University of Pittsburgh but left college when he was offered a job with the turnpike authority. He put his writing on hold until he relocated to Florida and started a blog. “I got a lot of positive feedback on the blog,” he says, “but I had deeper ideas I wanted to put out.” An admittedly “socially awkward person,” Oglesby wanted to connect with others who feel the way he does. “It was hard putting my self-analysis on paper for the world to read, but there are lots of people like me,” he says. “We’re like a little tribe.”

For Oglesby, writing “Lost in Spain” was a life-altering experience. “I love the creative freedom of writing,” he says. “Getting out of myself is a vent for me, almost like therapy. I’ve always been a comedian, but only on paper. I believe that every problem in life can be dealt with if you have a positive outlook and a sense of humor.” This sense of humor permeates the pages of “Lost in Spain,” a book Entertainment Focus praises as “a very funny collection of stories told by a witty raconteur with a fine ear for dialogue and comic timing.”

Oglesby has plans for another collection of humorous essays as well as a novel he describes as “a mixture of ‘Hitchhiker’s Guide to the Galaxy’ and ‘Clockwork Orange.’” Set in a dystopian future where Big Pharma takes over America, the novel explores the widening divide between the rich and poor. While he admits that his writing is sometimes cynical, he also describes it as “brutally honest.” He hopes his books will enable readers to “laugh at anything, and in doing so, at the end of the day, help themselves.”

For more information, go to www.ScottOglesby.com
Posted by Jackie Minniti at 2:14 PM No comments: