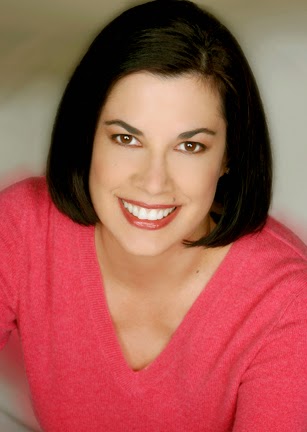 This month, Fabulous Florida Writers is pleased to welcome guest blogger Nancy Cohen. Nancy is the author of the humorous Bad Hair Day mystery series featuring hairdresser Marla Shore. A featured speaker at libraries, conferences, and community events, Nancy is listed in Contemporary Authors, Poets & Writers, and Who's Who in U.S. Writers, Editors, & Poets. Currently, she is President of the Florida Chapter Mystery Writers of America. She has recently released an Author's Edition of Hair Raiser (#2 in the Bad Hair Day series), a delightfully saucy tale of sabotage, murder, and culinary chaos. Nancy was our featured writer on April 4, 2014.


“What’s old is new again.” This adage certainly is true when authors receive reversion of rights for their earlier titles. In this era of indie publishing, we have a choice as to what to do with this gold mine of books:

I chose to indie publish my mystery backlist titles on my own. Having completed two non-fiction works this way, I already had a cover designer and formatter. But here you have another choice to make. Do you publish your earlier titles as is or revise them first?

Mine definitely needed fixing. I glanced through the first few books in my mystery series and recognized many areas that needed tightening. But I didn’t have a complete file on my computer. I’d have to get these books scanned in. In the old days, I’d written each chapter as a separate file and printed these out to compile the whole book. Then I mailed it to my publisher from the post office. Now I had to hire a scanning service. This meant sacrificing a paperback for each title as it would be torn apart and not returned.

Once I had the file, I had to check for scanning errors. This is a tedious task, but it’s extremely important. You have to go word-for-word as weird symbols end up between letters, like this one: let­ter. If you can’t see it, the two t’s have a dash between them when the paragraph symbol is turned on in Word. That could mess up the formatting when converted for Mobi or ePub. Quotation marks and periods may be missing. A character’s name like Arnie could end up as Amie. I-75 becomes 1-75. Feels good becomes Teels good. Startling becomes starding.

But as I went along, I also tightened sentence structure, removed characters tags like “she hissed” or “he chortled.” My writing skills had improved greatly in the fifteen years since my first mystery was originally published. Restaurants that I’d mentioned had gone out of business, so I changed those names. And a myriad of exclamation marks got removed. I also updated the technology, so an answering machine became voice mail.

What emerged was the same story, but it was better written. For Murder by Manicure, I added a cast of characters as well as a complete book list at the end and an excerpt for the sequel. Revisiting the story brought me pleasure. I loved it as much as I had when writing it. I laughed out loud at the hijinks between my hairstylist sleuth, Marla Shore, and her friend Arnie, owner of Bagel Busters. Back when I first wrote the story, I’d joined a gym for the three month trial membership same as Marla. The main research topic—animal testing in the cosmetic industry—remains relevant today. So I hope you’ll come along for the ride and join me for Marla’s adventure all over again. And if you’re a writer who has received rights reversion, decide which route you wish to take to re-publication.