From Fact to Fiction - A Guest Post by Don Farmer 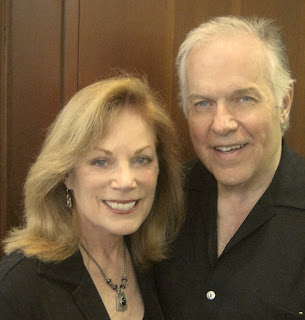 This month, Fabulous Florida Writers is pleased to welcome guest bloggers Don Farmer and Chris Curle. They are former broadcast news reporters who have co-written two page-turning mystery novels: Deadly News and Fatal Ambition. Farmer and Curle were our featured writers on January 5, 2016.

Readers and colleagues often ask me why I wanted to write novels after a decades-long career in broadcast and print journalism in the era before the current days of “fake news.”  That’s easy; after a life of factual reporting, I wanted to tell a fictional story, to make up stuff!  So, I wrote my first novel, Deadly News, in 2013.

Many elements of the story are based on the real life and professional experiences my wife, Chris Curle and I have had, the chapters that involved the killing of black bears for their organs and paws, for example.  Those animal parts are prized in Asia as having sexual and medicinal benefits.  False, of course.  Chris I and I have done many reports and documentaries on the despicable illegal wildlife trade, from the horns and tusks of rhinos and elephants to black bear parts, even orchids in the Florida Everglades. We know a good deal about the zoos in Atlanta and in Naples, stemming from our general interested in animals and our volunteer work with Zoo Atlanta, where some of the plot of Fatal Ambition takes place.

The character of the female African American doctor in the book is based on the thoracic surgeon who operated on Chris for her esophageal cancer in 2014.  She is a lifesaver in the book, just as she was, and is, in real life.

Because of Chris’s recovery from cancer surgery, our writing process was unusual and rather impromptu. I would give her a chapter or some pages and she would edit, comment or question.
That’s the opposite approach of many successful authors who often have elaborate storyboards and outlines, even biographies for main characters. An outline is probably a good idea, but I just approached the computer as if it was a Ouija Board. I did have characters and situations in mind, though.

We had been out of TV news for a few years when we wrote Fatal Ambition, so we had to do a bit of checking around to make sure that the latest communication technology was reflected accurately. Our son is the lead anchorman at TV station in Atlanta and he was a big help bringing us up to speed. Constant advancements in technology and miniaturization make covering and reporting the news easier and immediate from just about anywhere. Satellite technology makes live reporting in broadcast news the norm. You can even do a “live shot” with FaceTime using your smart phone.
The book has serious as well as humorous elements.  There are a lot of laughs among the homicides. I enjoy poking fun at some of the foibles of TV news.

Chris did most of the research for the book.  We always joked that news people are a mile wide and an inch deep. And, in news, as in every vocation I suppose, you don’t have to know something; you just have to know how to find out about it.

Writing fiction, fabricating a story came easier to me than I thought it would. But there has been a learning curve.  Writing dialogue is challenging for me.  But it is key to enliven the characters and to advance the story.

Will I write a third novel?  It’s possible.  Readers of my first two, Deadly News and Fatal Ambition, will notice that there are more key female characters than male.  I really like to write women characters.  In many action novels, women are secondary or supporting. In my stories, women are primary and push the plot.

For more information or to purchase books, visit  www.DonFarmer.com . 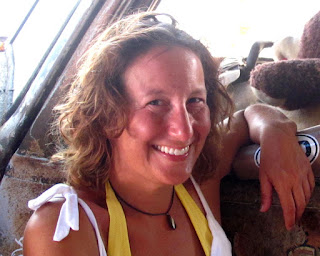 Gulfport journalist Cathy Salustri can remember the exact moment she decided to become a writer.
“I was in fifth grade,” she recalls. “The librarian said that I’d be a writer someday, I thought that was a good idea.” Since that day, Salustri has pursued a career that includes a stint at Tampa’s WQYK radio, 14 years writing for a local paper, and several years doing freelance reporting. She has worked as the Arts and Entertainment editor at Creative Loafing Tampa, and has added to her resume a nonfiction book chronicling her adventures traveling Florida’s backroads.

Born in Westchester County, New York, Salustri moved to Florida with her parents in 1980. “My grandmother had a vacation home in Clearwater, and my parents enjoyed life here,” she says. After earning a Bachelor’s degree in mass communications, Salustri went on to pursue a Master’s degree in Florida Studies at the University of South Florida. While there, she wrote a thesis which became the foundation for what would eventually become her first published book – Backroads of Paradise: A Journey to Rediscover Old Florida.

“When I was in grad school, I found a book called Guide to the Southernmost State published by the  WPA Federal Writers Project,” she says. “It followed 22 driving tours of what were then Florida’s main roads. With the coming of the interstate system, these became backroads." Researching the roads was a challenge, especially since Guide to the Southernmost State was written when two-thirds of Floridians lived north of Gainesville. “Finding the 1930s roads was difficult,” she admits. “I spent a couple of months at the dining room table with a highlighter and a map.”
Backroads of Paradise takes readers from US98 running from Pensacola to Tallahassee, down to Key West along US1, and everywhere in between. Salustri captures the natural beauty as well as the gritty underbelly of the state with prose that borders on poetic, her love and respect for Florida shining through. “All kinds of things have been written about Florida,” she explains. “It’s portrayed either as a commodity or a joke. My experience is of someone who travels Florida looking to see the good. The trip was such a positive experience, and when I read the book, it brings back memories that make me happy. I’m hoping it will inspire others to make similar memories.”

Salustri is currently under contract with her publisher, University Press of Florida, for a second book.
Salustri is passionate about changing the public perception of the Sunshine State. “I hope people who don’t live here will develop an appreciation for Florida,” she says. “The part of the state they saw when they visited Disney World or their Aunt Martha isn’t all there is. And I hope Floridians will take a second look at all these places. I thought I knew a lot about Florida before my road trip. Now I know that Florida is much more than the sum of its parts.”

For more information, or to listen to the podcast, go to www.cathysalustri.com.

Posted by Jackie Minniti at 1:02 PM No comments: