Alison McMahan - From Stage to Page 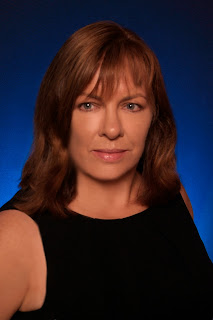 From early in her life, Alison McMahan seemed destined to become a writer. She began her writing career at the age of 14 when she was a student at a convent school in Spain. McMahan wrote a play about the nun who founded the order, and the play was produced by some of the older students. McMahan was even given a small part in the cast. From that point on, she was hooked.

McMahan studied playwriting at the Catholic University of America, in Washington, D.C.,  then earned a Master’s degree in Film Production from New York University. In 1987, she took a job making industrial and documentary films until she left to pursue a Ph.D. in Film Studies while her daughter was growing up. During this period, she taught film in college and earned an international reputation as a scholar. Her first book, a critical analysis of the films of the first woman filmmaker,  “Alice Guy Blachè – Lost Visionary of the Cinema,” was published by Bloomsbury in 2002. “Blachè was lost to history,” McMahan says. “I spent ten years putting her back on the map.” The thesis garnered the 1997 Union Circle of Scholars Award and the book the Women in Film Award at the St. Louis International Film Festival in 2004. She also wrote a book exploring the works of filmmaker Tim Burton which came out in 2005.

In 2008, she moved to Florida. McMahan found that there were advantages to being a Florida writer. “I was surprised to find that Florida has a large, active writing community,” she says, “and Florida’s a lot more laid back than New York.”

It was a chance encounter with a Young Adult historical novel that moved McMahan to write what became her first published novel. “I was in a bookstore, and I picked up this YA book set in 17th Century Venice,” she recalls. “The writer had characters doing things that were not of that time period. I was really offended that young readers were being given an inaccurate picture of history, and I decided that I could do better.” McMahan proved herself right with “The Saffron Crocus,” which went on to win the Rosemary Award in 2015 and the Florida Writers Association Royal Palm Literary Award in 2015
.
Described as a Young Adult historical mystery/romance, “The Saffron Crocus” is the story of 15-year-old Isabella, an aspiring singer who dreams of singing in Monteverdi’s all-male choir. After her beloved voice teacher, Margherita, is found dead, Isabella is thrown together with Margherita’s handsome son, Rafaele, to find the killer. Romance blossoms as the two unearth disturbing secrets from her teacher’s past that lead them from Venice’s Grand Canal to its Jewish Ghetto in search of the murderer.

Encouraged by her success, McMahan has recently completed work on "The Road to Santiago," (working title), the first in a series of medieval spy novels set in Spain at the end of the 11th Century. “Santiago” It tells the story of a Muslim peddler who converts to Christianity to marry the love of his life. After she's murdered by a Crusader, he abandons his farm and children and joins the first Crusade in order to hunt his wife's killer.

McMahan also writes contemporary mystery shorts. Her short mystery, “The New Score,” appeared in the Fish Out of Water Anthology (Wildside Press, 4/17), and her short story, “The Drive By,” appeared in the Busted! Arresting Stories from the Beat Anthology (LevelBest Books, 4/17). Another story,“Kamikaze Iguanas,” will appear in Scream and Scream Again, the Mystery Writers of America Anthology for middle grade readers edited by R.L.Stine (scheduled for release in 2018).

In addition to her writing, McMahan has returned to film and now runs her own production company, Homunculus Productions, bringing her career full circle. A firm believer in pursuing your dreams, McMahan has the following advice for her readers: “Figure out what your gift is, then go after it. Use it to make the world better, and don’t let anyone stop you.”

For more information, visit the author’s website at www.alisonmcmahan.com.

Posted by Jackie Minniti at 1:25 PM No comments: 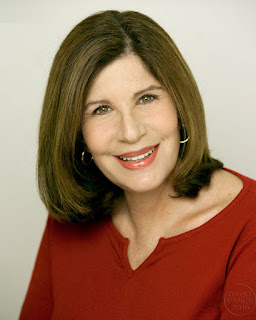 We all know one – a “people pleaser,” a person who is too nice for their own good; someone who doesn’t know how to say no, who is insecure, terrified of confrontation and is always apologizing.  Palm Harbor writer Ivy Tobin calls these anxiety-ridden individuals “Doormats,” and she should know. She has spent most of her life as one. But now, she is on a mission to help Doormats break out of their self-imposed prisons and live full and happy lives.

A native Floridian, Tobin’s dream was to live in New York City and pursue a career as an actress. “I saw my first play when I was five, and I was enamored and mesmerized,” she recalls. “I knew then that I wanted to act, so I took lessons and got involved in the Merry-Go-Round Playhouse, a community theater.” In high school, she was encouraged by her drama teacher to start a children’s ensemble. Tobin directed and did all the casting.

After graduating from the University of Miami on a drama scholarship, Tobin left for Manhattan to become a star. She stayed for 13 years until she had to return to Florida to care for her terminally-ill mother. “After my mother died, I felt lost,” she says. “I didn’t have the strength to go back to Manhattan.” Five months later, she met the man who would become her husband, and they eventually moved to Fanwood, NJ, a quick train ride from Manhattan. While there, she acted in various movies and TV shows, but after giving birth to her daughter, she lost her drive to become a star. That was when she had “an epiphany” that led her to try her hand at writing. “I had written plays and poetry, but I decided that my purpose was to write a book,” she says. Eleven years later, that epiphany became My Life as a Doormat, the story of Rose Gardner, a young woman from a dysfunctional family struggling to pursue her dreams while coping with the constant insecurity that threatens to overwhelm her.

The story takes place in 1980 when Rose defies her parents and moves to Manhattan to become an actress. There she finds herself confronted with a series of bad relationships, bad jobs and bad roommates. The results are sometimes hilarious, sometimes poignant, but through it all, Rose manages to soldier on. Although the book is not autobiographical, Tobin admits that there are some similarities between her and her main character. “I didn’t have a Leave It to Beaver childhood,” she admits. “My parents had emotional issues. Part of what I wanted to do with the book is help people like Rose embrace what’s wrong with them and learn to stand up for themselves. I want them to know they’re not alone.” With that in mind, Tobin took to social media in 2013 and started a Facebook page called “The Society for Recovering Doormats.”  “I write the page as Rose Gardner so that I can hide behind her,” she says. “As Rose, I can play; as Ivy, I’m more cautious. The page evolved into something I couldn’t have imagined and currently has over 73,000 followers from all corners of the globe.”

Ivy spent the last year book-touring Barnes & Nobles in Florida, New Jersey, New York City and North Carolina. She was also interviewed on an episode of WXEL PBS TV Between the Covers.
Now back in her writer’s chair, Tobin is working on her next novel.  The new work in progress is a continuation of Rose Gardner’s adventures. This next installment, as yet untitled, takes place in the early 90’s then fast-forwards to 2015.  A different platform than My Life as a Doormat, this book explores differences between mother-daughter relationships versus those with a mother-in-law.  According to Tobin, “Many of the same characters appear from Doormat and new ones are added as Rose deals with change, loss, death, hope, love, spirituality and acceptance viewed through the same humorous lens used in My Life as a Doormat. Fingers crossed for a Mother’s Day 2018 release."

Tobin feels many women will relate to her latest book –  especially Baby Boomers. As always, she’s hoping to inspire and let others know they aren’t alone. “Rose’s stories could be anybody’s,” she says.

For more information, go to www.thesocietyforrecoveringdoormats.com or visit “The Society for Recovering Doormats” on Facebook.