Tom Winton - Writing from the Heart 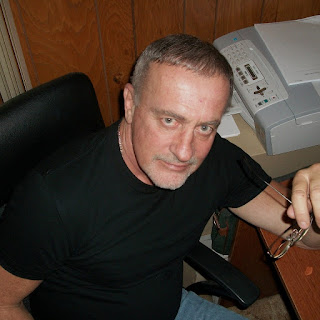 Tom Winton is a man who writes from his heart.  This Jensen Beach author who now spends part of his time in the Georgia Mountains has penned seven novels he describes as “emotion-packed with a literary edge.” His books all debuted on Amazon’s “Hot New Release” list, putting him in the ranks of Amazon’s 100 Most Popular Authors in both literary fiction and mystery/thriller/suspense. He has been described as “a man who writes with his pen dipped in his soul.”

Winton’s success as a writer would certainly come as a surprise to his teachers at Flushing High School in his native New York. “My high school grades weren’t good,” he admits. “In fact, I barely made it through.”  He joined the Air Force after graduation, then drove down to Florida in a snowstorm to marry the woman he’d been dating "for a record 89 days.” Although he held a number of different jobs, he never considered writing. “Until I was 35, I was like a lot of other guys my age,” he says. “For the most part I only read the sports pages, fishing magazines and Playboy. But then I discovered novels and always had five or six alongside my easy chair. Whenever I had free time and wasn’t out fishing I read voraciously. Although I put the better authors on a pedestal, about the time I turned 49 I began to think, ‘I can do better than most of these writers.’ That’s what I believed, anyway. It took me two full years of looking at the same blank page of a Spiral notebook before I started scrawling words.” He completed two manuscripts, but when he couldn’t find a publisher, he became discouraged and stopped writing.

Even though Winton didn’t write for 11 years, he never lost the desire. “When I threw those manuscripts into a closet for all that time, I left of piece of my soul alongside them,” he recalls.  Then one day, he heard about an online writer’s site and decided to upload one of the manuscripts he’d abandoned for so long. Entitled Beyond Nostalgia, it is the story of a young love that is lost and rediscovered 25 years later. And then things started to happen—and quickly. Only five weeks after Tom submitted Beyond Nostalgia, it was nominated for the Random House site’s Book of the Year. A year later, when he was 62 year years old, Winton was approached by a publisher and signed his first contract.
Over the next five years Winton wrote six more novels, and they all soon became bestsellers. Although most of his books have scenes that take place in Florida, two of them, Four Days with Hemingway’s Ghost and A Second Chance in Paradise, are set for the most part in the Sunshine State. His other titles are Forever Three, The Last American Martyr, Within a Man’s Heart, and his newest, A New Dawn in Deer Isle. The latter, a heartrending story about a widower who drives across America, following much of the route famed author John Steinbeck did in his Travels with Charley, became an Amazon bestseller and “Hot New Release” just two days after its release.
Although Winton admits that coming up with ideas for a new books is not always easy, he’s already working on yet another Florida Keys based novel. As he tries to do with all his books, Winton hopes that his readers will again enjoy experiencing the range of feelings he puts into his stories.  “Rather than just reading words, I want them to feel the emotions,” he says. “When you can make readers feel what happens to your characters you know you’re at the top of your game.”

For more information about Tom Winton and his books you can visit his Amazon page at http://www.amazon.com/Tom-Winton/e/B005H2T7AA/ref=ntt_dp_epwbk_0 or his author’s website at www.tomwintonauthor.com