A Little History in Your Mystery? - A Guest Post by Lucy Burdette (a.k.a. Roberta Isleib) 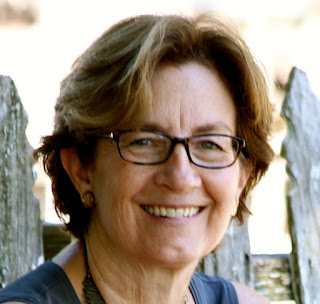 This month, Fabulous Florida Writers is pleased to welcome guest blogger Lucy Burdette. Burdette (aka Roberta Isleib) is a clinical psychologist who has published 16 mysteries, including the latest in the Key West Food Critic series, Death on the Menu (Crooked Lane Books, August 2018.) Her books and stories have been short-listed for Agatha, Anthony, and Macavity awards. A member of Mystery Writers of America and a past president of Sisters in Crime, Burdette/Isleib blogs at JungleRedWriters.com and shares her love for food with the culinary writers at MysteryLoversKitchen.com.  She was our featured writer on March 15, 2017.


Though I’m a mystery writer, I don’t write historical fiction. However, Key West is famous for being the home of the Harry S. Truman Little White House, one of my favorite places to visit on the island, along with Hemingway’s home. The president spent a lot of working vacations on our island, and this modest place where he worked and relaxed (playing poker with members of his cabinet and members of the press) couldn't be more appealing. By the way, Bess Truman did not love Key West, so she often didn't come. And that didn't seem to bother anyone! Can you imagine that happening these days? The Little White House is a beautiful antique home, very simple and tropical—and I decided I needed to use this setting in a book.

So in my eighth Key West mystery, Death on the Menu, food critic Hayley Snow is thrilled to be working at a three-day international conference at the Harry S. Truman Little White House. Things get off to a bad start when Hemingway’s Nobel prize gold medal (which belongs to Cuba and is on display for this weekend only) disappears. And they only get worse when a body is discovered in the storeroom.

I have a good friend who is one of the tour guides at the Little White House and he was immensely helpful as I was writing. Not only did he give me extra private tours of the backstage areas of the building, he was loaded with plot ideas, including suggesting one of the denouements in the story. Now that's a great friend.

My husband and I were lucky enough to take a trip to Cuba in 2014, right before President Obama opened up relations between the two countries. Since Key West is only ninety miles from Havana, we hear a lot about the island, and many Key Westers have an intense curiosity about Cuba and what life might be like for its inhabitants. Over the past few years, we heard news stories about Cubans who attempted to reach the US in a variety of homemade, un-seaworthy vessels— even windsurfers—with some disastrous results. I wove some of that backstory and conflict into Death on the Menu. I had no idea that immigration would become a national hot button issue when I began to write this, but I’m happy to add to that conversation. Whatever a person might think about the special Cuban "wet-foot, dry-foot" policy that was in place for years (in which Cubans who reached the US were allowed to stay,) it’s hard not to be moved by the dangerous attempts immigrants made crossing the Straits of Florida. And it made for great conflict.

I learned so much while writing this book! How do you feel about history mixed with mystery or other fiction? If you enjoy reading historical mysteries, tell us about some of your favorites.

For more information, go to www.lucyburdette.com.