A Literary Adventure - A Guest Post by Steven Forman 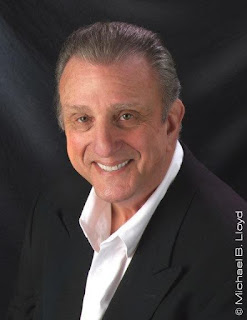 This month, Fabulous Florida Writers is pleased to welcome guest blogger Steven Forman. He is the author of  a series of hilarious mysteries set in Boca Raton. His newest novel, A Better Place, was released in July. Forman was our featured writer on February 3, 2015.

My new book was a new adventure — for me.


As a young man my favorite books were expansive sagas that spanned generations. I loved James Michener’s epics and enjoyed the unique experience of reading The Source while traveling through Israel in 1986. I was able to see what Michener described in such exquisite detail. I think I read every book by Harold Robbins which were often multi-generational sagas, broad in scope. So, after writing and publishing three mystery/comedies (Boca Knights, 2009, Boca Mournings, 2011, Boca Daze, 2012 from Tor Books) I decided to write a novel like the ones I loved reading as a young man. My latest release, A Better Place, is the result of that decision and though I love the outcome, I struggled with the process — and it took me five years.

Writing mystery/comedies came naturally to me. The plots, characters and humor flowed effortlessly — if not always perfectly. Conversely, writing a multi-generational saga encompassing eighty years, two world wars, the Korean War and Vietnam, multiple, interconnecting characters, in different places, was an entirely different challenge for me. It required extensive research and more patience than any of my previous novels. For instance, I wanted two of my characters, a teenage boy and his uncle, to travel from Zurich, Switzerland to Berlin, Germany in 1936 and attend Hitler’s Olympics. The uncle is a wealthy circus owner with his own limousine and chauffer and decides to take his limo rather than a train to Berlin. I had to address the following:  What kind of limo would a wealthy Swiss businessman own in 1936? Were there decent roads between Zurich and Berlin in the summer of 1936? Could a Swiss citizen easily cross borders into Germany at that time? Were there gas stations along the route to enable them to make the ride? What was the route? How long would it take? The travel itself was not crucial to the story but I thought these minor issues should be addressed to add credibility to the story. I did the research and got the answers.

As it turned out, I cut the scene, determining it wasn’t important enough to a book that was already approaching five hundred pages.  I was concerned with making the book unnecessarily long. Granted, my idol, James Michener, wrote books that exceeded a thousand pages, filled with extensive research and brilliant writing, like the scene he wrote about the death of a dinosaur that brought tears to my eyes.  He was known and loved for his technique — but I was not James Michener.  So, I chose to cut down the scope of the book and follow the trail blazed by Harold Robbins— character driven historical fiction.  Considering Robbins had twenty-five best sellers, that sold over 750 million copies, I was still aiming high.

A Better Place is driven by unique characters both mighty and meek who live through important historical events but always remain the story’s focus. The title comes from a scene where a father asks a son how he felt after committing an extreme act of violence. The son thinks before he answers and says, “I feel like I made the world a better place.” To which the father responds, “A better place for who? That question is the central theme of the book. Is there anything that would make the world a better place for everyone. Leaving my writer’s comfort zone was … well … it was uncomfortable. But it was also an educational adventure, and I feel the outcome was well worth the effort. Since completing A Better Place I have finished a new mystery comedy and am working on another. 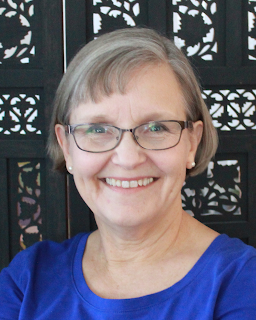 When Dunedin writer Karleen Tauszik was a child, reading was her passion. She set a lofty goal for herself—to read every single book in the children’s section of her local library. While she never reached that goal, her aim as an adult has been to instill that same love of books in other kids by writing middle-grade fiction that will keep them turning pages and wanting more.

Tauszik and her husband spent twelve years in England doing mission work before moving to Florida in 1999. They lived in Oldsmar until their three children were grown, then downsized to Dunedin. “When I was raising my children and reading to them, I would sometimes think I could write something better.” Her first attempt was an early reader chapter book. “It had structural problems, grammar errors and plot holes,” Tauszik admits. “I never published it, but it was a start.”

One of the things Tauszik likes best about living in Florida is its strong network of writers. She decided to take advantage of this by joining the Florida Writers Association (FWA) in 2004. “The FWA was an immense help,” she says. “It was a means of learning more and helping me become a better writer.” In 2011, Tauszik published The Save Our School Summer, the first in what was to become her three-book Maximum Magic series in which a local magician conjures up adventures for a group of 5th-graders. The Save Our School Summer was followed by Mayhem at the New Museum (2013) and The Infatuation Infection (2014). Tauszik describes The Maximum Magic trilogy as “contemporary adventures written in under 20,000 words, with fast-moving chapters and best of all, magic!”

Next, Tauszik introduced Tangled Tales, a series of short e-books that retell traditional fairy tales in unexpected ways. Itchy is the story of Rapunzel with head lice, Wheezing has the Big Bad Wolf suffering from asthma, and Awake tells what happens when Sleeping Beauty drinks espresso. Tauszik also published two stand-alone middle-grade novels – Lost, the story of a boy who loses his hamster, and My Room for Rent about a how a 6th-grade boy’s life is turned upside-down when his mother leaves and his father has to rent his room to help pay the bills. “All of my stories are contemporary, and hopefully, kids will be able to relate to the stories and characters,” she says. “I keep them really clean. It’s not my job to expose kids to things they aren’t ready for. I believe in letting kids be kids.”

In April 2017 Karleen resigned from her corporate job to write full time. In addition to writing new books, she also creates resumes, cover letter, LinkedIn profiles, and career-related blog posts for clients. She has also pivoted away from fiction to non-fiction for kids. One of her top-selling books is, When I Grow Up I Want to Be…, a book she describes as “an annual career possibility journal for kids.” The idea came from a career workshop she’d designed during her 15-years working in Human Resources. “Many people were working at jobs that weren’t their passion,” she says. "I thought if children could record their strengths, talents and achievements throughout their early years, they could use that in the future to make wiser decisions about their career paths."

In addition, Tauszik has published a series of sports journals that enable children to record their progress and achievements during their sports season. Each journal includes pages to log details about practices and games, including the coach’s focus for the week, areas the child wants to improve in, and his or her contributions to each game. The My Season books are available for baseball, softball, soccer, football, basketball, and hockey.

“I love being an independent author,” says Tauszik, “free to create books and get them available to the public quickly when I see a niche that needs to be filled.” With 20 books now available and plenty of ideas for more, she intends to keep creating new works, primarily for children.

For more information, visit the author’s website at www.karleent.com or her Amazon Author Page at https://www.amazon.com/Karleen-Tauszik/e/B009QPXQ6K.

Posted by Jackie Minniti at 11:47 AM No comments: