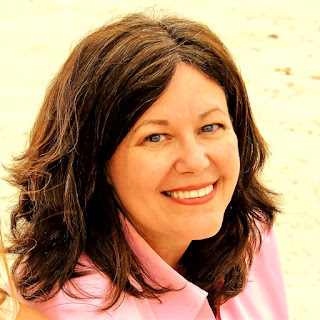 St. Petersburg writer Tracey Enerson Wood comes from a family steeped in military tradition. A member of a multigenerational military family and an active-duty military spouse for thirty years, Wood decided to use her writing talent to honor veterans in a unique way – by chronicling their tales in a cookbook. “I thought about how our family enjoyed getting together around the dinner table and telling stories over a meal,” she says. “Then I thought about all the stories that would fade away if they weren’t documented, and I decided that’s what I needed to do.” The result is Homefront Cooking: Recipes, Wit and Wisdom from American Veterans and Their Loved Ones, a cookbook Wood describes as “a little piece of American history.”


Wood came to Florida from Alaska in 2011. “It was paradise,” she says. “After eight years in Alaska, I was ready to thaw out on the beach.”  The retired registered nurse was also ready to pursue her more creative side. She studied interior design and started her own business. She also decided to try her hand at writing.


“I always enjoyed writing,” Wood says. “I wrote some columns for trade magazines and a few short stories. I also wrote a play. Seeing my work on the stage was the most thrilling thing ever.” After taking two years of writing courses, she wrote a screenplay. “It was a big, splashy historical. I was told that it would be too expensive to produce as a movie, so it was suggested that I write it as a novel.” So she spent another two years learning how to write a novel. The result was A Bridge Between Us, a historical fiction based on the woman who got the Brooklyn Bridge built. “I like to write about women who are little known in history,” she says.


When Wood couldn’t find a publisher for her novel, she decided to try something completely different. “I wanted to write something that people could use now,” she says. “Most writers are more introverted. I’m not. The long hours in isolation are hard for me. It takes a tremendous amount of time, dedication and discipline to do good work. I’d rather be out playing.”


So Wood began collecting stories from veterans and their families to create a cookbook/memoir that spans from the Civil War through today’s battlefields in the Middle East. “The biggest challenge was getting recalcitrant veterans to share their stories,” Woods admits. But she persevered and found a publisher  (Skyhorse) that was enthusiastic about the project. Homefront Cooking, released in May 2018, is a handsome volume that would be equally at home on a kitchen table or coffee table. It contains more than 70 treasured family recipes ranging from such all-American dishes as  Pensacola Navy Crab Croquettes and Army Chicken  Rice to more exotic fare like Bibimbap and Kabuli Pulao. The stories accompanying each recipe are delightful. Some will bring a chuckle, others a tear or two, but all radiate with the warmth and authenticity of a story told around the family table. "What I like best about the book is the flexibility it gives the reader," Wood says. "You can have a great read in five minutes or read the whole book in a couple of hours. The stories are all tied together by food, family, and military life."


Wood is very pleased with the public response to Homefront Cooking. In fact, the project caught the attention of celebrity chef Robert Irvine who contributed his personal recipe for Braised Beef Shortribs. And in order to pay it forward, Wood is donating a portion of the proceeds from Homefront Cooking to the Robert Irvine Foundation, an organization that supports military personnel and first responders.
Not one to rest on her laurels, Wood plans to continue working on her novel and is also considering plans for Homefront Cooking 2 which may focus on regional recipes. “I want readers to learn something, maybe a little piece of history they didn’t know, or find a favorite recipe or a story they find meaningful,” Wood says.  “I also hope readers will come away with a sense of pride in being an American and a feeling of love and respect for our veterans.”


For more information, go to www.homefrontcooking.org or the Homefront Cooking Facebook page at www.facebook.com/HomefrontCooking
Posted by Jackie Minniti at 12:37 PM No comments:

Sally Fernandez - Ripped from the Headlines 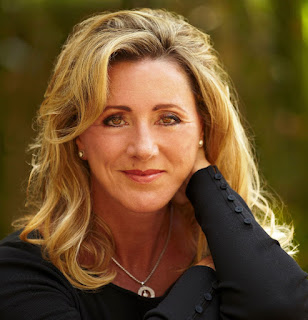 Sarasota writer Sally Fernandez is a self-described political junkie. In fact, it was the 2008 presidential election that kick-started her writing career. “I had a lot of questions leading up to the election,” she says. “My husband challenged me to put my ideas on paper.” Meeting that challenge proved to be the inspiration for a series of what she calls “thinking person’s books” that weave contemporary political events into fictional plots.
Fernandez attended Pace University in New York and the University of San Francisco. She worked for Citibank and JP Morgan in New York City and provided technology consulting while living in Hong Kong. But it wasn’t until she moved to Florida in 2009 that she began a career as a writer. Her debut novel, Brotherhood of the Yard, (published in 2011) is an international thriller that takes readers from the streets of Florence, Italy to the highest seats of power in Washington D.C. It was the first in what was to become a series titled The Simon Tetralogy. The story introduces the enigmatic Simon Hall, a man Fernandez describes as “a cross between Brad Pitt’s character in Meet Joe Black and Leonardo DiCaprio’s character in Catch Me If You Can.” As the leader of a group of scholars known as La Fratellanza (The Brotherhood), Simon brings an intellectual game into real life involving the election of a president, the banking crisis and international terrorism. “Throughout the tetralogy, the hunt for Simon never ceases as he continues to unleash diabolical plots in the US and abroad,” Fernandez explains. “The readers and the characters are led first to admire him and then slowly grow to fear him.”

In the sequel, Noble’s Quest, the hunt for Simon continues with a joint investigation between Interpol and the States Intelligence Agency as a result of earth-shaking events in the United States and Europe. In Book 3, The Ultimate Revenge, Simon escapes from a high-security prison and leads his captors on a chase that reveals plans for the establishment of a one-world government under the guise of global warming. Redemption, the final book of the series, begins with the news of Simon’s apparent suicide. Meanwhile, the newly-elected US president calls on La Fratellanza to help solve the economic crisis that threatens the country’s survival.


Fernandez’s next novel, Climatized, is the first of what she calls The Max Ford Thrillers. The signature character, Maxine Ford, is a private investigator and former deputy director of the States Intelligence Agency who is hired by the wife of a deceased senator to look into the suspicious circumstances surrounding his death. The investigation leads Max to the mysterious deaths of three scientists who were scheduled to give testimony to the senator’s committee investigating global warming. Max finds herself in a race with an unknown killer when a fourth scientist goes missing. Dr. Harold Doiron, Chairman of The Right Climate Stuff Research Team and NASA Apollo Space Mission veteran, praised Climatized as “…a murder-mystery thriller, full of political intrigue and meticulous scientific accuracy that gets about as close as you can get to the truth…and still call it fiction.”

Fernandez's latest release, The Beekeeper's Secret, is the sequel to Climatized.  When a US Senator is found dead in the Amazon rainforest under mysterious circumstances, Maxine Ford suspects a connection to the deaths of several holistic doctors years before. Her investigation sends her to Mexico to find a beekeeper that might hold the key to the mystery and throws her into a conflict with Big Pharma and the FDA.
The Max Ford novels are currently being developed into a three-film project. Variety Magazine unleashed the news as an exclusive; (see http://variety.com/2018/film/news/max-ford-movie-climatized-1202734078/) The first film is being adapted from Climatized with Max being fashioned after the Jason Bourne character. It is expected to be released in 2020. The sequel will be adapted from The Beekeeper's Secret.

Fernandez is currently at work on her third Max Ford novel (slated to become the third film in the series) where she will seize another controversial subject to create an exciting fictional plot while offering the reader a gripping story of a contemporary subject.“I set out to inform the reader subliminally, letting the characters debate while I stay out of the fray,” she says.  “I hope readers will close my books and wonder, ‘What if?’”