WOO-HOOOO!!! Just found out that "One Small Spark," my middle grade historical novel, was named a finalist in the Next Generation Indie Awards!
Posted by Jackie Minniti at 12:39 PM 1 comment:

Writing a Mystery Series - A Guest Post by Michael Haskins 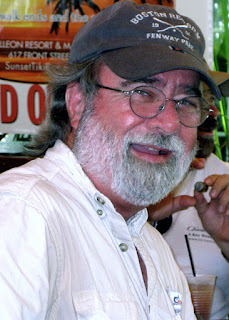 Today, Fabulous Florida Writers is pleased to welcome guest blogger Michael Haskins. He is the author of ten Mick Murphy Key West Mysteries and a selection of short stories set in Key West. His latest book, Mistaken Identity, was released in December. Haskins was our featured writer on September 16, 2012.

More often than not, readers of mysteries like a series. The characters in the series become friends to the reader and keeps them looking for the next book. This also challenges the writer to keep his/her series and characters fresh, exciting and current.

In my Mick Murphy Mystery Series, I have one main character – Mick Murphy, a journalist burnt out from covering the drug cartels in Mexico – and a diverse group of secondary characters. There’s the chief of police, a character whose background may or may not be with the CIA or one of the government’s other secret agencies, an old Catholic priest whose congregation in Central America was murdered by government death squads, and a few other eclectic characters from the streets and boats of Key West.

The crime that I write about doesn’t really happen on the island. For years, the crime report in the local paper was a humorous page. When such humor became politically incorrect, the writing of the column changed.

I read a few papers online from Boston, Miami, and other cities to look for the small, offbeat crime articles, and when I find one I try to figure out a reason those characters would be in Key West. The usual answer to is kill my character for something in his past. That means drug cartels and hitmen. Read papers from around the country, and even Europe, and you will find drugs are involved in many of the crimes, especially smuggling.

To keep the theme of drug cartels from becoming stale, I look for the offbeat reason the cartel members are in the Keys. I have also taken my characters out of the Keys, and even to Ireland, but the reason always has a Key West connection.

My protagonist, Mick Murphy, is not a super hero and not a Dudley Do-Right. He gets people killed including girlfriends and often can’t fight his way out of a wet paper bag! His friends are all more than capable of doing the things he can’t or won’t. At one point in the writing, I realized Murphy had to kill. The reality of the situation called for it. It made my character change and, I believe, in a series, as in life, people change.

Sometimes for the best, sometimes not.

For more information, visit the author's website at https://michaelhaskins.net 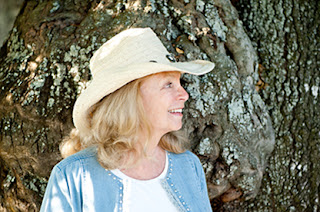 Today, Fabulous Florida Writers is pleased to welcome guest blogger Lesley Diehl. Diehl is the author of cozy mysteries featuring sassy country girls who enjoy snooping. She was our featured writer on January 6, 2014.

I write two series set in Florida, and like me, my protagonists are not originally from Florida, but have come from the North. I have always loved books set in places I have traveled to or locations I find interesting and want to know more about. It’s an entertaining way of discovering a locale and learning about its people, culture and history. In the case of my protagonists, I offer a place in Florida most tourists and many residents know nothing about—the area of the Big Lake, Lake Okeechobee, the body of water in the center of the bottom third of Florida. The lake has always been an attraction for bass, speck and catfish anglers. It doesn’t offer the usual Florida fare, i.e., sandy beaches, blue ocean and waving palms. Instead the lake, shallow and tea brown in color, supports fast bass fishing boats and a whole lot of alligators. You don’t swim in it, and unless you want to be seen as a competitor to a bull alligator, you don’t kayak or canoe in it either. Most of it is surrounded by a dike, so most people driving through the region, never see the lake itself and when they do, they’re always stunned because they expect to see the inviting waters they’ve become used to on either coast of the state.


So why would I want to set my cozy mysteries in such a place? There are several reasons; the most important is this is where I live when I come to my Florida home. The area has its own beauty: it is “old” Florida, the way much of the state was before developers came and filled in the swamps, paved over the prairies and grasslands, and destroyed the natural habitat of many of Florida’s now endangered species. Isn’t that the perfect backdrop for murder? Think of the motives that could arise out of the environmental, political, and social issues in an area struggling with an attempt to maintain its history as well as move forward economically.

My two gals, Yankees both, originally migrated to rural Florida on a temporary basis, but they soon adopted the area as their second home. That’s my story, too, so the issues they confront as they attempt to become members of the community are familiar to me. Emily Rhodes, a retired preschool teacher from Upstate New York came to the Lake Okeechobee area with her life partner to spend the winters. Her intention was to return to New York in the summer, but the death of her partner has changed everything, especially her ability to support herself on her small pension. To pay her bills, she becomes a bartender and therein begins her odd propensity for stumbling over dead bodies. So far she’s done it three times in Dumpster Dying, Grilled, Chilled and Killed and Scream Muddy Murder. Since snooping is one of the things she does best, she pursues killers and runs afoul of the detective on the case who finds her intrusions annoying yet can’t help falling in love with her. Along the way she meets the child she gave up for adoption and encounters the kinds of situations that only rural Florida can provide—golf on fairways where the hazards are alligators, barbecue contestants whose sauces are deadly, moonshiners and feral hogs, and Seminole war re-enactments in which the bullets are real. And then there’s that romance with the detective and a whole lot of great food.

My second protagonist in the Eve Appel mysteries uses rural Florida as a place to get away from her philandering husband in Connecticut. Out-of-the-way ranching communities such as those around the lake are great places to hide. She’s equally as snoopy as Emily, but a far different woman. Eve is an in-your-face kind of gal. She and her best friend open a high-end consignment shop. Where Eve’s mouth can get her in trouble, her partner, Madeleine, is more like the southern lady the locals prefer in their women. It helps to have Madeleine smooth over Eve’s often inappropriate comments. Trouble begins with the body on the dressing room floor the opening day of their business. The murders continue to pile up book after book in ways only rural Florida can provide—on an air boat ride, during a mud bog event, and on a game ranch with unusual and exotic prey. As Eve becomes more skilled at tracking down the killers and adds private investigator to her list of talents, I have woven the details of Eve’s family life and her past into the stories. Eve travels from the swamps of Florida to the waters of the Florida Keys and makes several return visits to the Northeast. Her love of a Miccosukee Indian and her involvement with his family add romantic and cultural elements to the story.

These are not your typical cozy protagonists nor your usual cozy mysteries. Set a murder in the swamps and you’d think it would be an edgy traditional mystery but add in a sassy protagonist and a good sprinkling of humor and you’ve got yourself a different kind of read. So if you’d like a little romance with your murder, the perfect place to hide a body and the backdrop of horses, cowboys, cattle and alligators, then you’re reading about Emily Rhodes and Eve Appel, two truly unique gals, migrating protagonists who like their new home. Come to rural Florida, and enjoy the land that used to be, beautiful old Florida, miles away from tourists and high prices. Eat swamp cabbage and listen to country music. Just beware of the gators!

Read more abut my books and short stories at www.lesleyadiehl.com.

Posted by Jackie Minniti at 11:39 AM No comments: