Fabulous Florida Writers is pleased to welcome our first guest blogger - poet, short story writer, and novelist Enid Shomer. (Enid was our featured writer on July 11, 2011.) She is currently on tour promoting her new novel, The Twelve Rooms of the Nile, a historical fiction set in 1850s Egypt. The plot centers around a relationship between writer Gustave Flaubert and Florence Nightingale who meet during a trip down the Nile River. 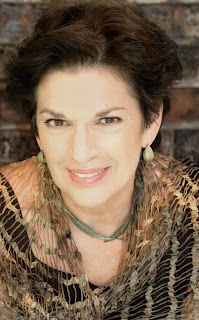 The Florence Nightingale in my novel The Twelve Rooms of the Nile is a sassy, ebullient, and witty woman.  But it took years of research to find this Nightingale, to liberate her from more than a century of wildly varied biography and opinion.  Along the way I encountered distortion, myth, and lacunae on a grand scale.

Initially, my ideas about Nightingale were based on popular culture and a single famous biography. From the former came the familiar if gauzy figure of the Lady with the Lamp—heroine of the Crimean War, and inventor of nursing. Then in college I read Lytton Strachey’s landmark volume Eminent Victorians.

A member of the Bloomsbury group, Strachey was a stylish writer with a razor-sharp tongue who introduced a new kind of biography that combined psychological insight with sarcastic irreverence.  His portrait of Nightingale, still taught as a modern classic, is more character assassination than biography. He portrays a ruthlessly ambitious harridan who managed to work at least one friend to death. In my opinion, Strachey did more to distort her reputation than anyone before or since.

In the following decades, Nightingale was subjected to a spate of scholarly critiques based on doctrinaire Freudianism, books such as George Pickering’s Creative Malady: Illness in the Lives and Minds of Charles Darwin, Florence Nightingale, Mary Baker Eddy, Sigmund Freud, Marcel Proust, and Elizabeth Barrett Browning. Using the fact that Nightingale was bedridden for eleven years after returning from the Crimea and was never truly healthy again, these studies painted her as a hysterical hypochondriac, a conniving neurotic who used her psychosomatic illness for personal gain.          Today, most scholars agree that the cause of her poor health was brucellosis, which she contracted in the Crimea by drinking raw milk or eating goat or lamb, common fare in Turkey then and now.  A disease of livestock transmissible to humans, brucellosis causes symptoms similar to rheumatoid arthritis plus fevers and debilitating bone pain.  Far from being a nutcase, Nightingale accomplished her legendary deeds not because of her illnesses, but in spite of them.

I also encountered a strange myth.  Many nurses I consulted thought that Nightingale died of syphilis. Nightingale lived to be ninety.  I believe she was a virgin.   She never wavered in her opposition to marriage because she knew it would mean the end of her independence and of her ability to answer God’s call to be of service to the world.  The sort of paradox that appeals to the imagination, this myth is credible in part because it is true to nineteenth-century mortality rates.  Syphilis claimed as many lives then as tuberculosis.  It caused the death, in fact, of the other main character in my novel, Gustave Flaubert, who caught it from the prostitutes he patronized along the Nile.   Another source of the myth may be Nightingale’s repeated insistence in diaries and letters on her own “very passionate nature,” a claim borne out by her life. She could be reckless and impulsive, and never did anything halfway.  Alone, she crawled on her belly by candlelight through the tunnels of the Great Pyramid. Unlike other women travelers on the Nile, she stayed on board her houseboat to go up (and down) the dangerous rapids at Aswan.

One essential trait almost never given its due in all the literature is her crackerjack humor, which allowed her to clothe her candor in the elegant robes of witty repartée. A letter she wrote as a six-year-old to her Aunt Anne illustrates how outspoken she was by nature:  “I hope you have got safe to your journey’s end…And I do hope you saw the eclipse of the moon on the day you went.  Papa says that you were blind boobies if you did not watch it for a whole hour, as we did.”

Some of her accomplishments have gone largely unsung.  Few know that she pioneered the application of statistics to large populations and effectively invented Public Health.  Her laboratory was the hospital at Scutari, the barracks of the British Army and, later, all of India, whose health care system she administered from her living room through powerful friends—Prime Ministers and cabinet secretaries.  And although she did not subscribe to the germ theory, she instituted practices that had the same effect as if she had:  scrupulous hygiene, fresh air, and downstream sewage treatment facilities.  She cut the mortality rate of British soldiers in the Crimea by two-thirds.

The Nightingale I discovered and revived was not the dour and humorless figure so many of us associate with her name, but a vivacious rebel every bit the intellectual equal of  Gustave Flaubert with whom she shares her fictional adventures in my novel. Both of them were geniuses who balked at the world but left it richer than they found it.

Upodate: NPR has chosen The Twelve Rooms of the Nile as one of the six best historical fiction novels of 2012.
Posted by Jackie Minniti at 3:08 PM No comments: