Keeping Pain in the Past - A Guest Post by Dr. Christopher Cortman 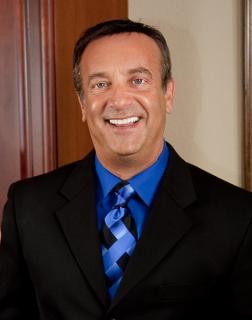 This month, Fabulous Florida Writers is pleased to welcome guest blogger, Dr. Christopher Cortman. Dr, Cortman, a licensed psychologist and a much-sought-after speaker, has facilitated more than 60,000 hours of psychotherapy, and has provided psychological consultation at five hospitals in the Sarasota/Venice area.He is the co-creator of a youth prevention and wellness program called "The Social Black Belt" and the co-author of Your Mind - An Owner's Manual for a Better Life and Take Control of Your Anxiety. Dr. Cortman was one of our featured writers on January 17, 2012.
What if you thought you had stumbled upon something that professionals in your field didn’t understand, appreciate or implement? What if you had been applying your discovery in quiet obscurity for decades, while people in your profession fumbled with lesser strategies and techniques, with disappointing results? What if you honestly and humbly believed that your insights could substantially reduce suffering in the world? And when you studied your own results, you knew you were not being grandiose or ridiculous, and that your strategies seemed to work consistently. What would you do?

I decided that writing a book would be the best strategy. My book, Keep Pain in the Past, is not for my fellow psychologists, but for the layperson, especially people still suffering from the ravages of the Vietnam War fifty years ago, grandpa’s drunken groping, or the car accident that left someone dead in the middle of the road.

I have treated these cases and many more like them. In fact, I have treated hundreds of such cases over more than three decades, totaling over 70,000 hours of psychotherapy. And I can tell you from experience that people are capable of recovering from significant trauma and loss by following a simple (to understand) formula, when combined with the courage to face and say goodbye to the trauma. This is so without the need to apply some of today’s more popular treatment strategies, including eye-movement desensitization, tapping, or repeated and prolonged exposure to the trauma. Traumas and horrors that have endured decades are often put to rest in only one session of treatment. There are two reasons that people stay stuck in their traumas. First, society tell us that that “time heals all wounds.” Even misinformed mental health professionals perpetuate this inaccurate and destructive adage. As a result, people expect to "get better over time," and sometimes do, but never completely heal. Second, people avoid the pain of their experiences. As a hospitalized Vietnam veteran recently told me when asked about his military service, "I was in Nam and we don’t talk about that." Unfortunately, this self-protective avoidance keeps the trauma-sufferer hopelessly mired in the quicksand of life’s very worst moments. And isn’t his avoidance understandable? Why would anyone meditate on their own personal horror show, if they could avoid it? Do we really need to relive the anguish again and again?


The purpose of my book, Keep Pain in the Past, is to change all of this, forever. Psychology is getting closer. Experts understand that healing requires exposure to the traumatic material, but something is still missing: The trauma / grief sufferer must not only face the ugly experience head-on but also must actively release or say goodbye to the trauma, as if they no longer need it. Without experiencing the emotions that accompany the trauma, and the willingness to accept the reality of the incident (including the changes that have been brought about as a result of the trauma) there will be no healing. If they have the willingness to remember (face) the horror, feel the accompanying emotions, express and release the pain and accept the reality, they can reframe and say goodbye to it. Allow me one example: Sarah was about to fall into slumber in her apartment one night when she was awakened by a knife-wielding, masked man. The intruder cut Sarah 14 times and left her for dead. She miraculously survived and learned weeks later that the masked man was someone she dated. Her reactions featured the typical symptoms of PTSD, including revisiting specific aspects of the scene in her thoughts and nightmares, avoiding reminders of the event, not sleeping alone, not sleeping in the dark, not trusting men (especially romantically), and believing that life could ever be normal again.
Sarah invested in weekly therapy in an effort to process all aspects of the trauma. But the most powerful contribution to her healing was a guided imagery session I conducted with her one day, where she could watch the entire attack (as if on a movie screen) and enter the episode at the end to provide comfort and rescue to herself. We promptly took the DVD of that horror movie and broke it into pieces, assuring her that she was finished with this episode and never needed to see it again. This allowed her to finish her trauma so as to no longer feel it’s intrusions into her life.


Today, Sarah is now happily married and speaks of the incident in schools to empower girls in regard to recovery, self-protection, and resilience.
Sarah’s nightmare is likely worse than anything most of us will ever go through. The bottom line is this: There was hope and healing for Sarah. And there is hope and healing for you.
Imagine you stumbled upon that. 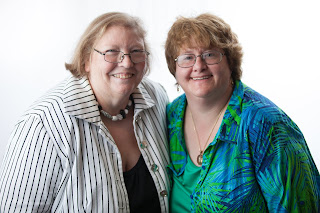 “Synergy” is defined as the creation of a whole that is greater than the sum of its parts. Sarah Glenn and Gwen Mayo, two Safety Harbor writers, have managed to accomplish this in Murder on the Mullet Express, a mystery that takes readers back to the early days of Homosassa, Florida.

The two Kentucky natives have long shared an interest in writing. Graduates of the University of Kentucky, Glenn earned a degree in journalism and Mayo attended college on a poetry fellowship. After careers that included working the reports desk for the police department in Lexington, Kentucky (Glenn) and a stint as a railroad engineer, one of the last to be certified on steam locomotives (Mayo), the women tried their hands at writing. Mayo wrote a story that was accepted for a mystery anthology. The main character was so well-received that Mayo decided to feature her in a novel, and in 2010, Circle of Dishonor became the first in her Nessa Donnelly mystery series. It was followed by Concealed in Ash a sequel which introduced Professor Percival Pettijohn, a character who would re-emerge in Murder on the Mullet Express.

Glenn’s initial work was quite different. All This and Family Too (2011) is the comedic tale of a vampire who escapes from North Carolina to a gated community in California and discovers that the Home Owner’s Association is worse than any vampire hunter could ever be.

The decision to co-write a novel came about after the two women moved to Florida. They decided to visit Homosassa to see the manatees and became fascinated with its colorful history.  “When the land was being sold, there were so many people coming down that the railroad made an embargo and people had to take the train to Jacksonville and be driven to Homosassa,” Glenn says “I wondered what would happen if someone fell out of a car dead. It would be the ultimate locked room mystery.” It also served as the basis for Murder on the Mullet Express.

One of the elements that sets the book apart is its quirky characters. “We wanted to put together all the characters you’d find in a land deal with the swindlers, schemes and skullduggery,” Glenn explains. The two female protagonists, Cornelia Pettijohn and Teddy Lawless, were inspired by one of Glenn’s ancestors. “She was a nurse who’d been gassed in WWI,” Glenn says. “She had a very strong personality and was stubborn and staunchly moral.” The two writers knew from the beginning that Professor Pettijohn would be part of the cast. “I became totally enchanted with the professor when I was editing Concealed in Ash,” Glenn recalls. “The characters fell in together perfectly and created a whole new thing,” Mayo adds.

While some writers find it difficult to collaborate, Mayo and Glenn relished the process. “Our biggest challenge was our very different writing styles,” Glenn explains. “Gwen starts at the beginning and writes in order straight to the end. I start with the strongest scenes in my head and then establish a timeline and tie everything together, so chronology can sometimes be a problem.” But they found that co-writing gave them one distinct advantage. “Most of the dialogue came from playing off each other,” Glenn says. “That made writing it a lot easier.”

Glenn is currently busy selecting stories for Strangely Funny VI, an annual anthology that brings supernatural and humor together, and Mayo is working on a third Nessa Donnelly novel. But Mayo and Glenn enjoyed co-writing so much that they’ve decided to do it again in a sequel set closer to home. Scheduled for release in 2019, Murder at the Million Dollar Pier centers around the building of the pier in St. Petersburg in 1926. It opens at the Vinoy and involves Tampa gangsters and the Chicago mob. “You will see a few gangsters, but the story focuses more on how secrets from the past can change lives,” Glenn says. She and Mayo concur that by writing together, they create something unique. “It blends Sarah’s humor with my love of history, and the voice isn’t mine or Sarah’s – it’s like the two combined,” Mayo says. “I love that aspect.”  According to Glenn, “Other writers say ‘You wrote a book together and didn’t kill each other?’ The answer is yes.”

For more information, visit the authors’ websites at www.gwenmayo.com and www.sarahglenn.com.