Writing for Children or Adults: A Choice - A Guest Post by Dorothy Francis 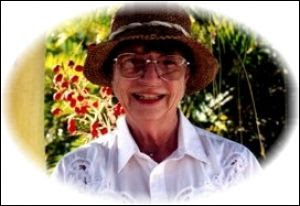 This month, Fabulous Florida Writers is pleased to welcome guest blogger Dorothy Francis. Her works include a series of animal stories for children; "Captain Morgana Mason," a middle grade novel; and six cozy mysteries set in Key West. Dorothy was our featured author on June 15, 2011.

A sixth grade girl sent me a fan letter that made my day for a few moments.“I loved reading Captain Morgana Mason,” she wrote, “would you please tell me all you know about writing?” Her words flattered me until I looked inside the envelope she had sent. For my reply, she had enclosed a stamped self-addressed post card. My ego took a nosedive.

And although many unfortunate things happened to Captain Morgana Mason, it survived. The first good thing that happened was that it received the honor of being chosen by the Florida State Historical Society the best children’s book of its year with a Florida background. My editor was thrilled and said she’d have plenty of books at the historical society’s meeting. I thanked her and gave her the date and place of the meeting.

The book didn’t arrive. I called the editor. She said she was sorry, but she had forgotten.  So for the several hundred potential buyers who were present, there were no books for me to sign. Later, when I met that editor in her New York office, neither of us mentioned that meeting in Florida.  She smiled and told me Captain Morgana Mason was doing fine and asked what I was currently working on.

Had she  been lying to me?  Perhaps. I was home only a few weeks when her letter arrived  saying Captain Morgana Mason was going out of print. I asked why. She said the company suddenly had a shortage of storage space for unsold copies.  Soon I received another letter offering me the 3000 unsold copies at a dollar each.

My husband suggested I buy those books and sell them when I was making speeches at libraries and writer’s conferences. We bought the books.

I soon learned from a Children’s Literature prof  at a Missouri University that Captain Morgana Mason had been chosen Children’s Book of the Year by Missouri school children. I smiled until he told me they’d have to cancel their order because books chosen had to be readily available to the schools. I was devastated, but the professor bought 400 copies.

After many months, I’d sold enough copies to break even. Later, I gave copies of Captain Morgana Mason to every elementary school in the Florida Keys.

For years before my husband and I started spending winters in Florida, people asked me when I was  going to write books for grown- ups instead of for children?  And with the question I heard the challenge—can you do it?  Can you really write for adults?

So I decided to give it a try.


I loved Florida from the moment I saw it.  Everything about it called to me.  The exotic  flowers.  The unique houses.  The fascinating  people.  The major part of my research involved looking out my window and writing about what I saw. The tales the natives told were extraordinary. I spent hours in our back country boat taking notes on my surroundings while my husband fished. Soon I could hardly wait to start writing—this time for adults.


After finishing my first adult mystery, I learned that a literary agent was searching for published books for teens. She was offering second rights to buyers in other English-speaking countries.  I wrote to that agent, and she took on many of my teen books. Here was my chance. I showed her my adult mystery. she took it on and it sold as The Conch Shell Murder. A few years later, I had six Key West mysteries to my credit. They received good reviews from Publishers Weekly, Booklist, and Kirkus.


But now, several years later, I’m living full time in Iowa and my heart is back with writing for children.  A friend helped me place Captain Morgana Mason as an e-book on Amazon, and I’m ready to start writing a book for children once again.

Posted by Jackie Minniti at 10:04 AM No comments: 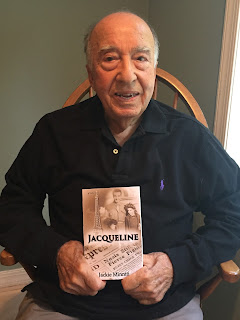 Since I feel a personal connection with all of you who've been following "Fabulous Florida Writers,"I wanted to share a very meaningful personal moment. This is a photo of my dad, a 98-years-young WWII veteran whose story was the inspiration for my novel, Jacqueline. He'd been urging me to write the story for a long time, and it is one of my proudest accomplishments to finally be able to put this book in his hands. That's his picture on the cover when he was a handsome young soldier stationed in Rennes, France with the 127th General Hospital. The book is dedicated to him and all the veterans of the Greatest Generation. We owe them a debt we can never repay.
Posted by Jackie Minniti at 11:53 AM 5 comments: 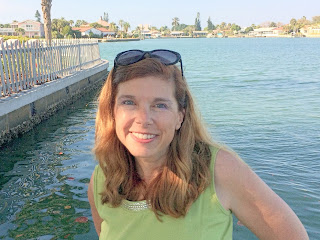 St. Pete Beach writer Jami Deise has released her second novel, The Ties that Bleed, (published by Evernight Publishing) in June. According to Deise, (who self-published her first book, Keeping Score) “Ties had a much more arduous journey to publication.”


Deise, a Maryland native, says she has been studying writing all her life. “Writing was always there; it was something I always did,” she says. She recalls writing stories based on Laura Ingalls Wilder’s Little House on the Prairie books when she was in first and second grades. She went on to earn a journalism degree from the University of Maryland and took extra classes in writing and screenwriting, but she claims she was a writer before she had any formal training. “The classes helped me hone in on the details, but I think writers are born,” she says.

In her professional life, Deise always gravitated toward writing. She had a public relations job in Washington, DC where she wrote speeches and press releases. She was a copy editor for a magazine and marketing director for a Maryland baseball team. Along with her fiction writing, Deise reviews books at the web site www.ChickLitCentral.com, works as a reader and developmental editor at a New York based literary agency and for private clients, and runs a weekly writers group that meets in downtown St. Petersburg. She does this in addition to her job as a realtor.
“The Ties that Bleed was based on a screenplay called Bloodlines that I wrote in 2002,” Deise says. “It won a small horror screenplay contest called Screamfest, and did well in other, better known contests. It also got me some attention from agents, managers and production companies.” But Deise was unable to find a company to buy the screenplay, so she eventually set it aside to work on other projects.

After moving to Florida in 2012, she self-published Keeping Score, a book that was borne out of personal experience. It’s the story of Shannon Stevens, a single mother caught up in the cutthroat world of children’s competitive baseball. Written with heart and a dry sense of humor, the book chronicles the summer when Shannon’s 9-year-old son, Sam, plays on a travel baseball team. Shannon finds herself up against rigged try-outs, professional coaches, pitching and hitting instructors, crazed parents and fractured friendships. Deise loosely based on the book on her experiences with her son Alex, who began playing baseball in kindergarten and is currently a left-handed pitcher at Florida State University.

While Deise has no personal experience with vampires – other than being a fan of Stephen King’s Salem’s Lot and the TV show Buffy the Vampire Slayer – she decided to return to Bloodlines, always a personal favorite. “I enjoyed self-publishing Keeping Score, so I decided to turn Bloodlines into a novel and self-publish it as well.” But after her first draft, Deise realized the resulting book was much too short. “It needed to be about twice as long to be a novel,” she says. “The process probably took another year. I had to go back and add characters, make scenes longer, and have my main character do a lot more thinking.”

That main character, Diana Rowan, is a former vampire assassin for the FBI who teaches a class for new vampire killers. When an old enemy resurfaces, Diana is forced back into the field to protect her husband and daughter.  While the plot places The Ties that Bleed in a completely different genre than Keeping Score, (which was humorous women’s fiction), both books feature a main character who is a working mom trying to balance her job and her home life. They also show mothers trying to shield their children from outside forces, be they lurking vampires or obsessed sports parents. Deise thinks this theme will resonate with any parent. “Parents want to help their kids when they’re struggling,” she says. “We can all relate to that.”

Although Deise had planned to self-publish The Ties that Bleed, she ended up placing the book with a small independent publisher instead. “With e-books exploding in popularity, there are a lot of small, specialized publishers that can handle the cover, editing and formatting for authors,” Deise says. “And Evernight has a good reputation among urban fantasy and paranormal fans. I was happy to let them handle the production so I could work on my next book.”

Deise’s third book, The Seesaw Effect, is closer in tone to Keeping Score.  It takes place in the suburbs of Washington, D.C and is about a married couple with opposing political views whose relationship is tested by the husband’s new job. “I think a lot of people will relate to this story,” Deise says. “There are a lot of mixed political marriages out there, including my own. For a writer, it’s an instinct to look at people around you and wonder about their lives, to want to tell their stories. Writing is a calling that keeps you in touch with the human experience.”

For more information, visit the author’s blog at jamideise.blogspot.com.