Michael Lister - Passion for the Panhandle 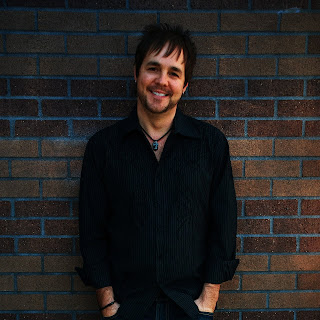 Michael Lister is a writer whose roots go deep into Florida soil. He was raised in Wewahitchka, a small town in the Panhandle where his great-grandfather settled after leaving Mississippi. After he earned his graduate degree in theology from Oral Roberts University, Lister returned home and took a job as a prison chaplain, the youngest in the Florida Department of Corrections. But he had already been bitten by the writing bug. “I always knew I wanted to write,” Lister says. “Since I had to do a lot of writing in graduate school, I decided to continue after graduation.” By 1997, he had completed his first novel, Power in the Blood, the story of John Jordan, a prison chaplain whose career, reputation, and life are imperiled when he witnesses the bloody death of an inmate. Praised as a “Taut, highly readable story that manages to deliver a few surprises and a unique hero” (Fort Lauderdale Sun-Sentinel), this was the first in what would become a critically-acclaimed series of John Jordan jailhouse mysteries which includes Blood of the Lamb, Flesh and Blood, and The Body and the Blood.

In 2000, Lister decided to follow what he calls his “passion and obsession” and become a full-time writer. “I love writing so much, I can’t imagine anything better,” he says. “I’m so grateful to be doing this. There’s something mysterious about the process, about tapping into something transcendental.” And much of his inspiration comes from his surroundings. “The pace of small town life is conducive to writing. My hometown is like my little Walden.” He calls the Panhandle “the undiscovered part of Florida, an area that’s special and unique.”

The Panhandle plays an integral part in most of Lister’s works, particularly in his acclaimed novel, Double Exposure. The story of a wildlife photographer who unexpectedly captures images of a young woman’s murder, Double Exposure is what Lister describes as “my heart on the page.” In addition to being a riveting page-turner, the book is a poem in prose about the wild beauty of the Florida Panhandle. The story resonates with Lister’s reverence for the land. “I’ve always been connected to the land. I think we lose something when we separate from it. It’s good for us to reconnect to the earth that we come from.” He hopes the Panhandle will learn from the mistakes made in other regions of Florida and will take care of its resources. In fact, Lister intends to donate the book’s profits to the Mother Earth Fund, a fund he set up to protect and preserve North Florida. Double Exposure won a prestigious Florida Book Award in 2010 and was produced as a stage play. A movie version of the book will begin production in the fall. The script will be co-written by Lister and Jason Hreno, a Canadian writer/director who will also direct the film.

Lister’s latest novel, The Big Goodbye, is a romantic mystery/thriller set in Panama City in the 1940s. The story centers around hardboiled private investigator Jimmy “Soldier” Riley and an ex-lover with a secret to hide who is running for her life while her husband is running for mayor. The book echoes Lister’s love of film noir and classic detective stories, and highlights Panama City and it environs as they were during World War II. “I’ve been writing about the Panhandle for a long time now,” says Lister, “but this is the first time I’ve done so through historical fiction.”  The Big Goodbye will be produced as a play later this year by Gulf Coast State College.

In addition to volunteering as a prison chaplain, teaching college, studying film, religion, and philosophy, and writing a highly-praised weekly column on art and the meaning of life (“Of Font and Film”), Lister has produced three stand-alone literary thrillers: Thunder Beach, Burnt Offerings, and Separation Anxiety. He is also putting the finishing touches on a new nonfiction work, The Meaning of Life in Movies, a book he describes as “a collection of reflections and philosophical musings on movies.”  In his spare time he enjoys playing basketball and spending time with his wife and three children.

Lister hopes his books will give readers a good reading experience on all levels. “There’s a place for entertainment, but I aspire to more than just that. I want to inspire my readers in some small way; to leave something lasting that will remain with them after the last page is turned.”

For more about Michael Lister, visit his website at http://www.michaellister.com/

Next: Christine Kling - Sailing into Adventure
Posted by Jackie Minniti at 3:03 PM 3 comments:

Enid Shomer - On the Wings of Words

Tampa writer Enid Shomer has been captivated by the beauty of language for as long as she can remember. She started weaving words into poems at an early age and published her first poem when she was only 10 years old. “I always wanted to write,” she says, “but I just didn’t know what to do about it.”   Although she majored in Sociology and Anthropology at Wellesley College, she took enough courses in English for a major. Her Masters degree in American Studies from the University of Miami focused on American Literature.  But it wasn’t until moving to Gainesville and joining a writers group that she wrote her first book. From then on, there’s been no stopping this talented wordsmith. She has won over twenty major awards for her works, many of which have been included in prestigious literary collections and publications.
Shomer started out as a poet, publishing four collections of poetry: Black Drum, This Close to Earth, Stalking the Florida Panther, and Stars at Noon: Poems from the Life of Jacqueline Cochran. Stars at Noon, published in 2001, is a poem biography of the first female aviator to break the sound barrier. Shomer was inspired to shine some light on this exceptional woman after hearing a lecture by author, Alice Walker. “Walker said that every woman should find another woman to resurrect, and Cochran was mine,” Shomer explains. Shomer also uses her expertise as a poet in her position as editor of the University of Arkansas Poetry Series.
As much as she loves poetry, Shomer felt the need to branch out into fiction. “I became interested in poetry because of my love of the language itself,” she says, “but then I became very interested in how people change over time, that is, in character. I realized poetry was not the best vehicle for writing about that, so I turned to fiction.” She published two highly-acclaimed collections of short stories: Imaginary Men, which received the Iowa Fiction Prize and the LSU Southern Review Award, and Tourist Season, ten stories about women facing pivotal moments in their lives. Tourist Season was awarded the gold medal for fiction in the 2008 Florida Book Awards. Shomer says she was thrilled, and went to Tallahassee for the ceremony in which Governor Crist “hung a beautiful gold medal around my neck.” Shomer was subsequently asked to be a judge in the poetry category of the Florida Book Awards.
In January, 2012, Shomer will be going back to college when she visits the University of Tampa as a Distinguished Visiting Writer in the new Low-Residency Master of Fine Arts program. She, along with fellow writer Michael Connelly, will be reading from their works. “It’s the only program like it in the state,” Shomer explains. “It’s a two-year program that only requires students to be on campus twice a year. Each faculty member will be assigned four to six students, and they will correspond by e-mail.”
Shomer’s favorite book is “the one I’m working on at the time,” which happens to be The Twelve Rooms of the Nile, a historical fiction novel that is scheduled for publication by Simon and Schuster in the summer of 2012. At first glance, this may seem like a departure for her, but she doesn’t see it that way. “I’ve always been drawn to reading deeply on various subjects, and I’ve always done lots of research, even for my poems. But I’ve never wanted to write a novel until now.”  The story is set on the Nile River in 1850, a period when Europeans were just beginning to visit the Orient. Shomer describes the book as “partly a love story; partly a story of evolving genius.” It tells the story of a fictional meeting between writer Gustave Flaubert and nurse Florence Nightingale during a trip down the Nile.
According to Shomer, the goal of her writing is “to tell the truth, entertain my readers, and produce something structurally beautiful.” For her, there’s nothing that can compare to “the feeling that I’ve captured something no one’s put into words before.” She describes her Ideal Reader as “someone intelligent and literate who enjoys a well- turned phrase; someone who’s curious and likes to have a vicarious emotional experience; someone who wants to go for a ride and not know where they’ll be taken.” And if this sounds like you, be sure to join Enid Shomer on a reading journey you’ll never forget.
For more about Enid Shomer, visit her website at http://www.enidshomer.com/
Next: Michael Lister - Passion for the Panhandle
Posted by Jackie Minniti at 3:16 PM 3 comments: