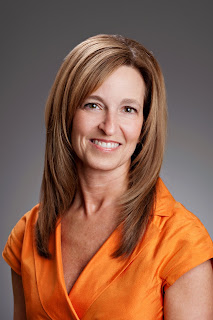 If you enjoy reading a steamy romance on a hot summer day, a book by Gainesville writer Dianne Farb might be just what you have in mind. Farb (who writes under the pseudonym Rebecca Heflin) enjoys "telling stories about real, sexy romance."

Farb was introduced to romance novels at age 15 by her older sister. As much as Farb loved reading, she never seriously considered becoming a writer until a mid-life crisis caused her to change course. After graduating from the University of Florida Law School, Farb took a job as an attorney for her alma mater. In her late 40s, however, she decided that she needed a creative outlet. “I always wanted to write, but I was afraid,” she says. “I finally got up the courage and wrote my first manuscript. I submitted it to publishers and to several contests. Then I learned that it was a finalist in the Royal Palm Literary Awards.” Two weeks later, while at work, she got an email from a publisher. She was reluctant to open it, anticipating another rejection, but was thrilled to learn that her book had been accepted for publication. Unfortunately, there was no one around to share her exciting news. “I even made some phone calls but no one was home,” she recalls, “so I just danced around the office.”

Farb/Heflin’s first book, The Promise of Change, tells the story of Sarah Edwards, a divorcee experiencing her own mid-life crisis. After resigning from her job, she travels to England where she meets a handsome English earl who changes her life. INsite Magazine praised the book as “…not unlike a storyline from Austen; some pride, a little deception and plenty of romance fill these pages…" It was also named a finalist in the Wisconsin Romance Writers “Write Touch” Readers' Awards.

The Promise of Change was followed by Rescuing Lacey, the tale of an unlikely romance between wildlife-photographer Lacey Sommers and Luke Hancock, an outdoor guide and environmentalist hired by her magazine to accompany her during an assignment in Costa Rica. Rescuing Lacey received five literary awards, including the 2013 “Shooting Star” award.

Farb’s next novel, a romantic comedy titled Dreams of Perfection, follows Darcy Butler, a romance writer with commitment phobia that prevents her from finding her Prince Charming. Winner of a 2014 Royal Palm Literary Award, it was intended to be another stand-alone novel until one of the secondary characters captured Farb’s imagination.  “Laura Armstrong was snarky, brash, so different from me and such fun to write that I wanted to get to the heart of what made her that kind of person,” Farb explains. This led to Ship of Dreams and Dreams of Her Own, the second and third books in the Dreams Come True series set in New York City. The plot of Ship of Dreams centers around Laura’s romance with a business rival while on a posh Mediterranean cruise. Dreams of her Own is the story of Darcy Butler’s assistant, Millie Stephens, a bland young woman who finds love when she finally decides to stretch her comfort zone.

This year, Farb is self-publishing the three-novella Sterling University series, set in a small, but prestigious university where the cast of characters learn that it isn’t all academic when it comes to love. Romancing Dr. Love, the first novella, tells the story of Samantha Love, a brainy psychology professor, who has based her entire career on the hypothesis that love is simply a chemical reaction. But she finds she must defend her science when she meets her antithesis in the form of a handsome, romantic literature professor, Ethan Quinn.

In Winning Dr. Wentworth (release date June 2017,) we meet burned-out and brokenhearted mathematics professor Shelby Wentworth. Shelby returns to her hometown determined to escape the disgrace of a nasty divorce, shake off the taint of her ruined career, and start over, sans romance, but an unexpected reunion with Nash Taylor, former star quarterback and high school crush, promises to derail her plans. The third and final novella in the series, Educating Dr. Mayfield, will be available on September 6, 2017.

In addition to her writing and her day job as an attorney, Farb manages to find time for a unique philanthropic endeavor. She and husband, Ron, (who happens to be a mountain climber) started the Climb for Cancer Foundation, a non-profit that raises money through Ron’s climbs to provide support for cancer patients and their families. The name is a metaphor for rising above the challenges of the disease and overcoming obstacles that keep people from being healthy and productive.

While Farb’s life may be busy, she wants readers to rest assured that Rebecca Heflin plans to continue writing award-winning novels that will leave them with “a light heart and the knowledge that happily ever after is possible.”

For more information, visit the author’s website at www.rebeccaheflin.com

Susan Slater - From Fact to Fiction 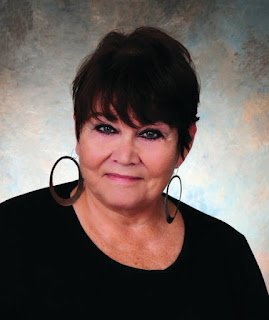 Palm Coast writer Susan Slater has penned seven mystery novels, a novella, and a women’s fiction – each inspired by an actual event. According to Slater, “I truly believe that truth is often stranger than fiction, and I’m fascinated by this.” This fascination has led Publishers Weekly to praise her writing as “witty and absorbing,” and has earned her a legion of fans.

Writing came naturally to Slater. “When I was little, my parents would hand me a pencil and paper to keep me quiet in church,” she recalls.  After earning her Bachelor’s degree in English Literature/ Theater and a Masters degree in English Literature, she took a government job. She then taught college-level writing for 38 years before trying her hand at a novel. “I always thought I could write books,” she says. “It was on my bucket list.”
Slater was in her fifties when she started her first novel. She set the story in New Mexico, a state where she lived for a time and had grown to love.  The Pumpkin Seed Massacre, based on an actual outbreak of Hanta virus, introduced Ben Pecos, a Native American psychologist intent on identifying the mysterious illness killing the people of his pueblo.

The Pumpkin Seed Massacre was so well-received that Slater wrote a sequel. Yellow Lies has Ben investigating the murder of a trader who manufactured fake amber artifacts. Slater got the idea after reading about an amber scam. Thunderbird, the third book in the series, grew out of a story about Stealth bombers in New Mexico. In the novel, a Stealth fighter crashes on an Indian reservation leading Ben into a world of UFOs, aliens, and military cover-ups. Slater also wrote a novella included in a Christmas trilogy titled Crooks, Crimes and Christmas. A Way to the Manger centers around a Christmas Eve ritual in New Mexico pueblos.  After midnight mass, worshippers walk as a group to a house where a crèche has been set up. In the story, a real baby is discovered in the manger.

In 2003, Slater published Flash Flood, a novel that became the first in a new series. Based on the mysterious deaths of cattle in the southwest, it introduced insurance investigator Dan Mahoney, a character Publishers Weekly describes as “appealingly resilient… a welcome addition to the roster of sleuths that make the Southwest a hotbed of current mystery fiction.” While looking into the deaths of highly-insured prize calves at a New Mexico ranch, Mahoney uncovers small-town secrets that entangle him in a web of intrigue.

In Five O’Clock Shadow, Slater’s only stand-alone mystery, a young bride on her honeymoon watches helplessly as her husband plunges to his death in a hot air balloon ride gone horribly wrong. And that’s when the lies begin. Slater got the idea from a news article about a newlywed wife double-crossed by her husband.

Slater then decided to try her hand at women’s fiction with 0 to 60, a book she calls “seventy percent memoir.” It tells the story of Shelly Sinclair, a family matriarch whose husband of 35 years leaves her for a younger woman. The book has been optioned for a film.

Rollover, the much-anticipated 2nd book in the Mahoney mystery series received a starred review from Publishers Weekly (2014). Slater’s last book to be based in New Mexico, it  centers around the 1998 robbery of the Norwest Bank in Wagon Mound, New Mexico – a crime yet unsolved. While Slater admits it was a challenge to come up with a plausible solution to the mystery, she was recently approached at a book signing by an actual bank employee who thought Slater had inside information on the heist.

Dan Mahoney comes to Florida in Hair of the Dog when he investigates a fire at the Daytona Dog Track, (2015).  It’s obvious by the end of the book that Dan and Elaine are probably in Florida to stay for a while. Slater is working on the next Dan Mahoney, Epiphany, where relics are stolen from the basilica in St. Augustine and the trail leads to the work of a serial killer.

Taking a break from mysteries in 2016, Slater’s second stand-alone , The Caddis Man, is currently with her agent in New York. The novel  is a saga that traces the history of one family from the Depression to the sixties that all starts with a traveling salesman. In the meantime Slater is collaborating on a play, working title F.O.B.O. (Fear of Better Offer), based on on-line dating for seniors.

Slater has been a regular contributor to the local Pelican Post magazine this past year writing articles on everything from the Humane Society to the Florida Gopher Tortoise. She says that while non-fiction is fun to write, she hopes readers will enjoy the fiction she creates from reality. “I’d like readers to think I’ve given them characters to remember,” she says. “I also want to give them the challenge of solving something that isn’t easy and most of all, the enjoyment of reading a good book."
For more information, visit the author’s Amazon page at http://www.amazon.com/Susan-Slater/e/B001K7U926.

Posted by Jackie Minniti at 12:10 PM No comments: