Two for the Price of One - Penny Koepsel and Claire Matturro 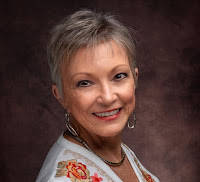 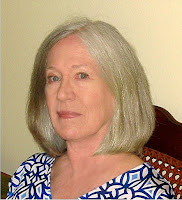 And now for something completely different. This month, Fabulous Florida Writers is pleased to welcome two guest bloggers - Penny Koepsel, a school psychologist and author from Texas, who will be interviewing Claire Hamner Matturro, former Sarasota, FL lawyer and author. Penny and Claire are the co-authors of Wayward Girls Red Adept Publishing in 2021.  Penny will be interviewing Claire about her newest book, The Smuggler’s Daughter (Red Adept Publishing July 2020).

Penny: First, why don’t you tell us a little bit about the book, The Smuggler’s Daughter.

Claire: Delighted to do so. It’s a Gulf Coast mystery which takes place in a fictional Florida city near Tampa and in the Big Bend/Panhandle of the state. Set primarily in 1992, there is a lengthy flashback to the seventies, which becomes a highly fictionalized retelling of the Sinkhole/Sandy Creek murders in the Florida panhandle in 1977—emphasis on the word “highly.”

In the story, two attorneys and a snake-bit activist are killed in a 24-hour period. Naturally this perturbs and perplexes police detective Ray Slaverson and his partner Luke Latham. They’ve been cops too long to believe in coincidences and suspect the deaths are connected but cannot find any link. Kate Garcia, who rose from a hardscrabble, shell-road childhood to become a librarian and Ray's fiancée, knows more than she should. But she can't talk without endangering those she loves in a gritty tale of hidden identities.

Penny: So, two police detectives and a complex series of crimes to solve. Would you classify this as a police procedural?

Claire: Yes, at least in part. My brother, with his long and distinguished history in law enforcement, helped me with the police investigative parts, the weapons, and the guy-talk among the detectives. There’s also a good bit of family drama in the story because the plot is character driven. I especially like the part where a rookie detective learns the ropes from veteran detective Luke while secretly courting Luke’s daughter. But primarily, it is a classic mystery with Kate doing a lot of the digging.

Penny: Your earlier books were these comedic legal thrillers with a chick lit gloss published by HarperCollins. I remember your protagonist was this wild, tofu-eating eccentric lawyer named Lilly Belle who was hilarious. What made you decide to switch into writing a serious mystery?

Claire: Well, for one thing, somewhere along the way, I stopped being funny. Maybe there’s a limit to how many tofu jokes one can make? But more than that I suppose is that I’ve been reading serious Florida mysteries since I was a kid and first discovered John D. McDonald, the grandfather of Florida mysteries. I wanted to try my hand at writing something McDonald might have tackled. While I adore and devour the Tim Dorsey/Carl Hiaasen zany Florida mysteries, I also admire and read the more serious mysteries by writers like the great James W. Hall and Edna Buchanan, and I wanted to try my hand at such a novel.

Penny: So, new genre, new publisher. Please tell us a bit about Red Adept Publishing, where the book you and I wrote—Wayward Girls—has also found a home.

Claire: Again, delighted to do so. Red Adept is a smaller fiction publishing house, which produces high-quality e-book and trade paperbacks. It has a good number of award-winning authors in its catalog. Since its first release in 2012, Red Adept has published over 100 novels, including some national bestsellers (NYT and USA Today).

Penny: Okay, let’s get back to The Smuggler’s Daughter. Why the sinkhole murders as being part of the inspiration for the book?

Claire: A bizarre fascination, I suppose, with the case. I remembered the news stories well when it happened. It was a real turning point in marijuana smuggling in Florida, which up to that point had been essentially non-violent (unlike the cocaine smuggling that came later). While I was teaching at Florida State University, I was just down the street from the Florida Archives and discovered they kept trial transcripts from the actual murder trials in the case. So, I read the transcripts.

Claire: Yes, read, studied, took notes as it was fascinating. Really. Much broader information than available in the news media accounts, and as a bonus, the Archives also had some of the reports from the investigative law enforcement agencies. My first thought was to write a novel based entirely upon the case. But then I got involved in writing the comedic legal thrillers for HarperCollins and put that thought away. Not totally away, you understand, and I kept all my notes. And I kept the fascination and the story idea. When I finally caught up with myself and had the time, I sat down and wrote The Smuggler’s Daughter, but with a different focus than what I’d first imagined.

Claire: My pleasure and I look forward to interviewing you when our book, Wayward Girls, comes out in 2021.

Penny: It’s a date then.
Posted by Jackie Minniti at 4:35 PM No comments: