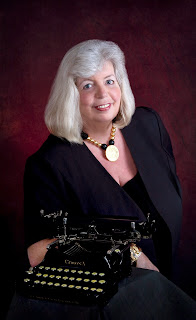 To some, history is just a dry compilation of names and dates. But for Diane Gilbert Madsen, history is alive with fascinating mysteries just waiting to be solved by the right detective. So Madsen decided to create one: DD McGil, a sassy insurance investigator with a penchant for literature, statistics and anything Scottish and an intense dislike for her real name (Daphne December).  DD is the signature character in the DD McGil Literati Mysteries, a unique series of whodunits.


Madsen, a Chicago native, has always been a mystery buff. She grew up reading Sherlock Holmes and the works of Agatha Christie and John Dixon Carr. But after earning her master’s degree in English literature, Madsen decided to pursue a career in business.  Even while she served as the Director of Economic Development for the State of Illinois, the desire to write was always in the back of her mind. She wrote a murder mystery about art smuggling, but it was never published. So when she and her husband, Tom, sold their consulting business and moved to Placida, a rural town in Southwest Florida, Madsen decided to write something different. She had always loved researching obscure, interesting incidents in the lives of famous writers, and she decided to use these as the basis for a series of mystery stories. “When I decided I could combine historical incidents with a mystery, I knew I was on to something,” she recalls.


After Hurricane Charley, Diane helped her husband Tom run their Association Management business in Boca Grande where many structures had been damaged.  She eventually completed A Cadger’s Curse, a novel that merges the life of Robert Burns with present-day counterfeiting and murder. Madsen, a member of the clan Buchanan, has always been fascinated by the iconic Scottish poet.  A Cadger’s Curse is based on a controversial poem Burns etched onto the window of a Scottish inn. He later had to return and break the glass to avoid being accused of treason.  In Madsen’s book, the fragments come into the possession of DD’s eccentric aunt, setting the stage for robbery, intrigue, and murder. A Cadger’s Curse was praised by Publisher’s Weekly as a “promising debut , the first in a new cozy series , (that) introduces DD McGil, a 38-year-old freelance insurance investigator and former English professor who's a whiz at breaking and entering. Well-drawn characters and a suspenseful plot will leave readers looking forward to the next installment.”


A Cadger’s Curse was soon followed by Hunting for Hemingway which debuted at the Hemingway Museum in the writer’s boyhood home of Oak Park and won an Honorable Mention in the 2011 Fiction Awards at the New York Book Festival.  Hunting for Hemingway centers around an incident that may have ended Hemingway’s first marriage. The writer’s young wife was on her way to meet him in Switzerland, carrying a valise containing the original and carbon copies of his short stories and the beginning of a novel that he’d been working on for over two years. The valise was stolen in a train station, and Hemingway never got over the loss.  In Hunting for Hemingway, the valise turns up in modern-day Chicago. “This book involved a lot of research, which I love doing,” Madsen says. “Everything up to the point where the stories show up is factual. I also had to research the complexities that arise once a lost manuscript is found.”  Library Journal calls Hunting for Hemingway “…humorous … breezy and fast paced.” Booklist said it is “… sexy and fun, a combination of not-too-gritty, hard-boiled detective novel and cozy mystery infused with neat little bits of Hemingway lore.”   And Madsen definitely enjoyed the reviewer in The Hemingway Review who said:   “I suspect Ernest Hemingway’d have gotten a kick out of DD McGil.”  Getting into the real spirit of the story, Madsen even wrote an article on the Corona Number 3 typewriter Hemingway used to write his lost stories. The article was published in Mystery Scene Magazine.


The Conan Doyle Notes: The Secret of Jack the Ripper is the third Literati Mystery.  It is due out shortly and deals with Sir Arthur Conan Doyle, the creator of Sherlock Holmes, and what he might have uncovered about the identity of Jack the Ripper, the world’s most famous criminal.


When Madsen is not watching sports, observing the wildlife from her Twin Ponds home, or helping her husband rebuild his vintage Corvette, she’s hard at work on her fourth Literati mystery, The Cardboard Palace, in which a stolen Jane Austen manuscript at an exclusive Women’s Club leads to murder and the discovery of an explosive revelation.


Madsen describes the DD  McGil Literati novels as “fast-paced and witty, combining true incidents in the history of famous authors with modern-day mysteries.”    She hopes her books will not only entertain but will also generate interest in the history of famous authors. “History is people,” she explains, “and I love illuminating a bit of its personality."
For more about Diane Gilbert Madsen, visit her website at http://www.dianegilbertmadsen.com/

Next: Joanne Lewis - Alchemy and Self-Publishing

Posted by Jackie Minniti at 4:06 PM No comments:

One of the brightest lights in the literary world blinked out today. Although Ray Bradbury was not a Florida writer, no one can deny that he was fabulous. He was one of the writers who helped me fall in love with the beauty of the written word. His coming-of-age novel, Dandelion Wine, remains one of my top five favorite books, and his writing possesses an incomparable lushness and humanity. This is a very sad day for readers everywhere. We've lost a true national treasure.

Posted by Jackie Minniti at 12:05 PM No comments: 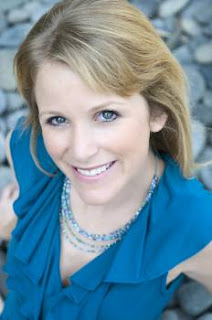 writer Kristin Harmel’s seventh novel, The Sweetness of Forgetting, (scheduled for release  Aug. 7 from Gallery Books/Simon & Schuster), is a real departure for the Orlando-based novelist, who grew up in . She wrote her first published book, a laugh-out-loud chick lit novel called How to Sleep with a Movie Star, at age 24, and quickly followed it with three more chick lit tomes from and two young adult novels. Her books have been published in numerous languages and are sold all around the world.
Harmel’s writing career began earlier than most. As a 6-year-old, she penned her first novel, which she describes with a laugh as “a little hand-written, stapled-together Bobbsey Twins book.”  At sixteen, this “obsessive reader” started writing for a local newspaper, and months later, she was covering minor league and high school sports for the St. Petersburg Times (now the Tampa Bay Times). After earning her degree in journalism and communications from the University of Florida, she began writing for People magazine, where she’s still a contributor more than a decade later.
At age 23, Harmel spent the summer in . That summer changed her life. “It taught me to slow down, to appreciate what I had, to look inside myself,” she says. “It gave me the courage to get out of the rat race and attempt a novel, which is something I’d always dreamed of doing. Two months later, I started my first book.” In 2006, How to Sleep with a Movie Star was published. Praised as “hilarious” by Cosmopolitan magazine, it tells the story of a 26-year-old reporter whose life is turned upside-down after an encounter with a movie star. This was followed a year later by The Blonde Theory, the tale of a corporate attorney who goes undercover as a “dumb blonde” to see if her love life improves. Harmel calls her first few books “Bridget Jones-esque, entertaining reads about women striving to be better versions of themselves and trying to find their way in life – set to an amusing backdrop.” The Blonde Theory was followed by The Art of French Kissing (set in Paris), and Italian for Beginners (set in Rome). Harmel also wrote two novels geared toward young adult readers : When You Wish and After.
Now, at the age of 33, Harmel’s writing has grown up with her. The Sweetness of Forgetting moves away from her chick lit roots to tell the story of a 36-year-old bakery owner who discovers that her grandmother, now suffering from Alzheimer’s, has a mysterious past buried in 1940s Paris. “It’s a completely different kind of book for me,” Harmel explains. “It was a transition I’ve been ready to make for a long time. I’m so proud of the depth of the story I was able to tell here, and I’m hoping that readers are as touched by reading it as I was by researching it. I was able to touch on some topics that mean a great deal to me, including Alzheimer’s, the Holocaust and interfaith cooperation.” Already, the buzz both here and abroad has been wonderful, and translation rights for The Sweetness of Forgetting have already sold in a dozen territories overseas. In August, Harmel will set out on a book tour that includes New York, Los Angeles, Washington DC and Chicago before heading to Italy to promote the release of the Italian language version of her novel. But whatever the language, The Sweetness of Forgetting has a plotline that takes readers deep into a surprising interfaith tale based both in Holocaust-era Europe and modern-day Cape Cod. The novel also includes nine original recipes from the main character’s bakery. Harmel describes the book as “ a story of family, love, honesty…and baked goods.”
While writing is her passion, Harmel, who is now the travel and dating expert for The Daily Buzz, (a  nationally syndicated morning television show) doesn’t find it difficult to set time aside for reading, cooking, and traveling. She’s seldom in her home for more than a month at a stretch, and she likes spending time with friends. But according to Harmel, what she loves most of all is "being able to tell a story that will hopefully amuse and inspire. It’s a privilege to be able to do that with the written word.”
For more on Kristin Harmel, visit her website at http://www.kristinharmel.com/.

Next: Diane Gilbert Madsen - History and Mystery
Posted by Jackie Minniti at 4:54 PM No comments: