Karna Small Bodman - A Look Inside the Beltway 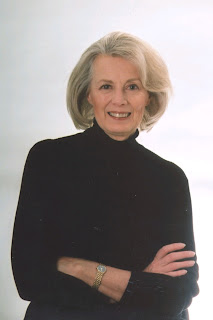 If you’ve ever wondered what it’s like to be a Washington insider, pick up a book by Naples writer Karna Small Bodman. After being appointed by President Reagan as Deputy Press Secretary, Bodman spent several years moving in D.C’s inner circles.  It was her job to explain domestic policy initiatives to the national press corps, and she was involved with some of the most important issues of the time. She met almost daily with President Reagan, often travelling with him on Air Force One, and was sent to South America and the Far East to give speeches on the President’s economic priorities. Later, Bodman became a Senior Director and spokesperson for the National Security Council. She attended arms control talks with the Soviets and traveled with the team that briefed the leaders of Great Britain, France, and Italy, as well as Pope John Paul II.  When Bodman left the White House to become Senior Vice-President of a public affairs firm, she was the highest ranking female on the White House staff.

Her years in the White House gave Bodman an opportunity to observe how the executive branch of the government works and the challenges it faces. Since she had always wanted to write a book, Bodman decided to use her insider knowledge as the basis for a novel. “I’d been writing news scripts, briefings, magazine and newspaper articles my entire career, but the premium was always on brevity,” she explains. “I had to learn how to take ideas and extrapolate.” Her writing was influenced by her favorite authors: Nelson DeMille, Charles McCarry, and Vince Flynn.  Drawing upon her fascination with President Reagan’s Strategic Defense Initiative, Bodman came up with the idea for her debut novel, Checkmate. It tells the story of Dr. Cameron Talbot, a brilliant young scientist who devises a computerized system that can take over incoming missiles and send them back to their points of origin. When a group of militants send an agent to Washington to steal the new technology, Dr. Talbot finds her work and her life in imminent danger.

Bodman spent months researching the technical aspects of the novel. “The most difficult part of writing for me is organizing the research,” she says. “I probably over-research.” And it was her research that inspired her main character. According to Bodman, “Cameron Talbot isn’t based on any individual. I started with the technology and molded a character to fit. And I blended in many of the very smart women I knew in Washington.” The result is a novel that seamlessly melds fact and fiction into a political thriller with a strong romantic twist.

Since then, Bodman has written three more novel, each focused on a different threat to our national security. The characters work on the White House staff as well as in and around Washington, DC and in hot spots overseas. While there are international plots and political intrigue in all her books, Bodman also weaves a love story into each one. All her novels have hit #1 in Thrillers on Amazon.

Bodman is most excited about her newest international thriller, Castle Bravo which will be released on June 1,  in time for her signing at the big publishers’ convention, “Book Expo,” in New York.

The plot of Castle Bravo centers around the White House Director of Homeland Security receiving intelligence about the possibility of a staggering new threat.  What if a hostile country or group was to obtain a small nuclear device, and instead of aiming it at one of our cities, they detonated it high in the atmosphere? The result would be the creation of an Electro-Magnetic Pulse or “EMP” sending shock waves that would fry all electronics on the ground in its line of sight.  There would be no electricity grid, no internet, no communication, transportation, refrigeration, ATMs.  Could it really happen here? Bodman hopes you will read the novel and decide for yourself.
A number of New York Times bestselling authors have already weighed in with their opinions of Castle Bravo. Christopher Reich calls it “Smart, slick, and exciting as hell. Castle Bravo is one great read. Karna Small Bodman has an insider’s feel for the corridors of power.  As you quickly turn the pages, you will find yourself wondering if the book is truth or fiction. A winner!” According to Steve Berry, “Bodman skillfully moves her players around on a global chessboard, presenting a provocative concept that rings all too real. You’re there, in a labyrinth of intrigue, where danger and drama abide. It’s fresh and relevant and makes you clamor for more.”
Bodman hopes readers will enjoy Castle Bravo, as well as her other novels, Checkmate, Gambit, and Final Finesse as she endeavors to make arguments about the importance of national defense.  As George Bernard Shaw said, “The best way to get your point across is to entertain.” Bodman’s books will certainly entertain while taking readers on an unforgettable journey inside the beltway.
To find out more about Bodman’s books, you can visit her website at www.karnabodman.com

Next: Robert Tacoma - Laughter's the Key
Posted by Jackie Minniti at 12:32 PM 1 comment:

Tina Wainscott - Romance with a Thrill 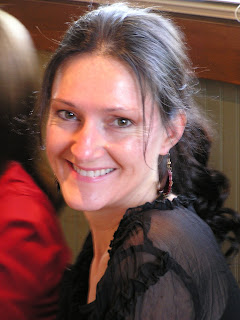 For more about Tina Wainscott, visit her website at http://www.jaimerush.com/

Next: Karna Small Bodman - A Look Inside the Beltway
Posted by Jackie Minniti at 1:37 PM 1 comment: