Nisei: The Other Heroes of WWII - A Guest Post by J. J. White 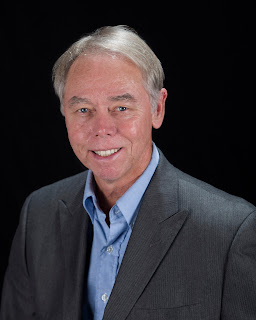 This month, Fabulous Florida Writers is pleased to welcome guest blogger J.J. White. White is the author of three novels: Prodigious Savant. Deviant Acts, and his latest, Nisei, a historical fiction set in WWII.  He was our featured writer on January 16, 2016.

It’s always interesting the replies you receive from novelists when asked where they get their ideas for books. Most likely you’ll get a different answer from every author. That’s the way it was for me when I decided to write Nisei. It was an odd decision to delve into historical fiction when my previous books were thrillers, but sometimes you don’t choose what you wish to write, it chooses you.

Years ago I read an article about 3,ooo Japanese-American soldiers of the 442nd Regimental Combat Team who rescued 211 white soldiers of the 141st, Texas Battalion in the Vosges Mountains. What floored me was that the 442nd had nearly a thousand casualties during the rescue. I thought someone needs to write about this because obviously these Japanese-American soldiers were used as cannon fodder to save those white soldiers. It was more complicated than that, of course, but the story captivated me enough that I knew it would be my next book.

Although I’d never heard of the 442nd Segregated Regiment before this, there was actually a good deal written about them. The good news for me was that almost all that had been written was non-fiction. I decided then to write Nisei from the perspective of one GI from Hawaii who had to overcome internment, prejudice, and the policies of his own government, to prove his loyalty to his country.

The Nisei were second generation Japanese-Americans born between 1915 and 1935. After Pearl Harbor, they were given the designation of “Enemy Alien" status by the U.S. government, President Roosevelt signed Executive Order 9066, essentially placing all Japanese-Americans in concentration camps. It’s easy to find fault in Roosevelt’s decision, but at the time the generals and admirals were convinced the Japanese would attack the west coast of the U.S. Those Nisei men old enough to enlist were not allowed to and so most were interned. Finally, in late 1943, those who signed a loyalty questionnaire were allowed to join the Army.

My protagonist, Hideo Bobby Takahashi, like the other proud Nisei of Hawaii, enlisted, and joined up with the west coast Nisei for extensive training in Shelby, Mississippi. Once trained, they shipped off to Italy to fight battles in Anzio, Rome, and the Arno River area. From there, the regiment fought against Hitler’s crack troops in France, Belgium and Germany.

The 442nd RCT was the most highly decorated regiment in WWII and was known for its fierce fighting. Many Nisei soldiers earned the Distinguished Service Cross, the highest medal available to them since the army would not allow Asian-Americans to receive the Medal of Honor.

In 2000, President Clinton held a ceremony on the White House lawn where twenty-one Nisei solders who had earned the Distinguished Service Cross were given the Medal of Honor, including Sen. Daniel Inouye of Hawaii.

It took fifty-five years, but these brave Americans finally received the kudos they deserved.


For more information, visit the author's website at www.jjwhitebooks.com
Posted by Jackie Minniti at 1:51 PM